Sheikh Jarrah and equality in Israel

Sheikh Jarrah and equality in Israel 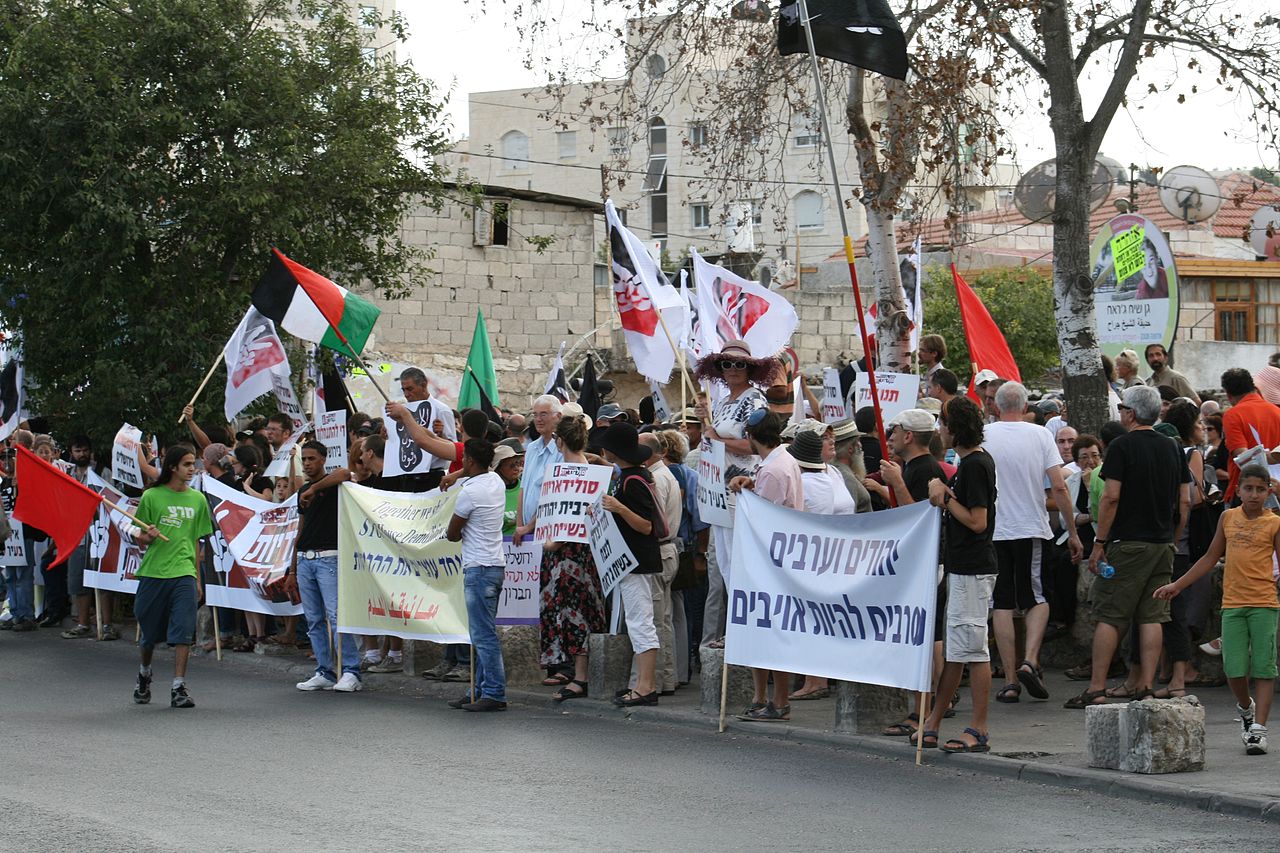 In Sheikh Jarrah, a neighbourhood in East Jerusalem, the Israeli government has ordered the eviction of four Palestinian families, requiring them to be forcibly removed from their homes to make way for an Israeli settler group, Lahav Shomron. The legality of these evictions – and the evictions of other Palestinians who face similar displacement – has spent years winding its way through the Israeli courts, and it was expected to reach its denouement last week, with the judgment of Israel’s Supreme Court scheduled to be handed down that Monday.

But no longer is this legal challenge a mere ‘real estate dispute’ over who has the proper title to the land in East Jerusalem – if it ever was. It has become a court case symbolic of the Israel government’s expansionist desires and of the inequality that persists between Jews and Palestinians in Israel and the Occupied Territories. It is this that has sparked the conflict that now rages in the Holy Land.

The origins of this case date back to the foundation of the modern state of Israel. During the Arab-Israeli War in 1948, many Palestinians were forced from their homes, with some subsequently settling in Sheikh Jarrah – then controlled by Jordan – in the aftermath of the war. Some – like those now threatened with eviction – moved into homes that previously belonged to Jewish families, while many Jewish families have since moved into homes that belonged to Palestinians. Given this, it would be reasonable to expect that, should the Supreme Court decide that property can be reclaimed depending on ownership in 1948, Jewish families in Jerusalem and further afield would have as much to lose as the Palestinian families in Sheikh Jarrah. After all, while many Palestinians live in homes that were Jewish-owned in 1948, so many Jews now live in homes that were then Palestinian-owned.

Yet this is not the case. While Israeli law gives Jewish people the right to recover property lost or abandoned during the Arab-Israeli War, it does not extend the same protection to Palestinians. This unfairly privileges Jewish citizens, and lends credence to the claims of Palestinians and their defenders that these evictions are part of the Israeli government’s efforts to assert Jewish hegemony over East Jerusalem.

Indeed, it is reasonable to question the Supreme Court’s authority over the dispute at all. Israel’s jurisdiction over East Jerusalem is not internationally recognised, and nor does international law acknowledge the jurisdiction of an occupying territory’s courts over the occupied territory. It also condemns as a war crime the seizure and forcible transfer of property by an occupying power. Despite this, there is little doubt that the decision of the Supreme Court – which is widely expected to uphold the claims of the Jewish settlers – will be used to legitimise the eviction of the Palestinian residents by the Israel government, with the international community left to wring its hands on the sidelines.

Should such a decision be reached, it would be consistent with some of the jurisprudence of Israel’s Supreme Court. In many respects, the Court is one of the most liberal and interventionist courts in the western democratic world. Throughout the tenure of Aharon Barak, Israel’s most eminent jurist, who sat on the Court from 1978 to 2006, and was its Chief Justice from 1996 until his retirement in 2006, the Court developed its authority over Israel’s Basic Laws in much the same way as the US Supreme Court asserted its pre-eminence in interpreting the US Constitution in the Founding Era. This places it at the pinnacle of Israel’s constitution, giving the Court the right to strike down legislation and executive action if it is found to violate the Basic Laws.

In scrutinising the actions of the Knesset and the Israeli governments, the Supreme Court has relied heavily on the doctrine of proportionality, finding that rights can only be legitimately infringed if they do so in a way that is proportionate, with the justices considering the purpose of the action, its necessity, and the nature of the right impinged upon. This, particularly alongside Barak’s philosophy on the ‘dignity’ of the individual, has seen the Supreme Court intervene strongly in defence of individual rights, whether in terms of privacy, such as the recent decision striking down Israel’s coronavirus surveillance laws, in terms of national security, such as preventing the construction of a security wall through a Palestinian village, or in terms of prisoners’ rights, when private contractors were forbidden from operating prisons.

The rights of Palestinians under this doctrine have not been completely neglected. While the Basic Laws do not incorporate equality as a fundamental right, the Barak Court found that it was incorporated within the notion of human dignity, and in Ka’Adan v ILA, found that the ILA was not entitled to discriminate between Israeli Arabs and Jews in allocating land in the Eron valley. Yet decisions like this have been few and far between (and the ILA, which controls 93% of Israeli land, has still consistently allocated more property to Jews than Palestinians). Setting aside the impending Sheikh Jarrah decision, the Supreme Court has lent its imprimatur to the demolition of Palestinian homes, the prevention of Palestinians from gaining citizenship through marriage, and the confiscation of land for transport and government facilities. B’Tselem, an Israeli human rights organisation, has condemned the Court for lending such actions a veneer of legitimacy, while Human Rights Watch has accused the Israeli authorities of committing apartheid.

Should the Supreme Court uphold the lower courts’ decisions in Sheikh Jarrah, there is little doubt that the law nonetheless discriminates against Palestinians, intentionally privileging Jewish over Palestinian people. Nor is there any obligation or willingness on the part of Israel’s government to house any evicted Arabs elsewhere in East Jerusalem, or to grant the planning permission necessary for new houses to be built. A decision which upholds the Jewish settlers’ claim to the land will legitimise this discrimination, aiding Netanyahu, the Israeli Prime Minister, and his government’s persecution of the Palestinians. On the other hand, a decision which goes against it will underline the need for equality between the Jewish and Palestinian people, while handing Netanyahu a cudgel with which to beat the Court with, whether through packing it with conservative justices, much like Trump did in America, or through limiting its powers, as Johnson is considering in the UK.

In the Federalist Papers, Alexander Hamilton famously noted that the judiciary is the weakest branch of government. It commands neither the power of the purse, nor the power of the sword. Instead, it ultimately relies on public confidence. This is something that Barak was keenly aware of during his tenure as Chief Justice, preferring to interpret statutes in compatibly with the Basic Law rather than striking them down, holding the threat of invalidation in reserve. According to some, this via media, which pushed Israel in a liberal direction without a wholesale revolution, has been departed from, with the Supreme Court now invalidating statutes more frequently, and intervening ‘in areas that are traditionally treated as within the [core] power of the representative branches’, such as immigration and budgets.

Yet for all this, the Israeli Supreme Court still retains the confidence of a majority of both Israel’s Jewish and Arab populations – the only state institution to do so. Courts cannot be guided by the prejudices of the people or intimidated by threats from the political branches. The eviction of Palestinians from Sheikh Jarrah re-emphasises the Palestinians’ status in Israel as second-class citizens, desecrating the principle of equality under the law. The Israeli government and some among Israel’s Jewish population may not care. It is the role of the Israeli Supreme Court to remind them that they should.

One response to “Sheikh Jarrah and equality in Israel”