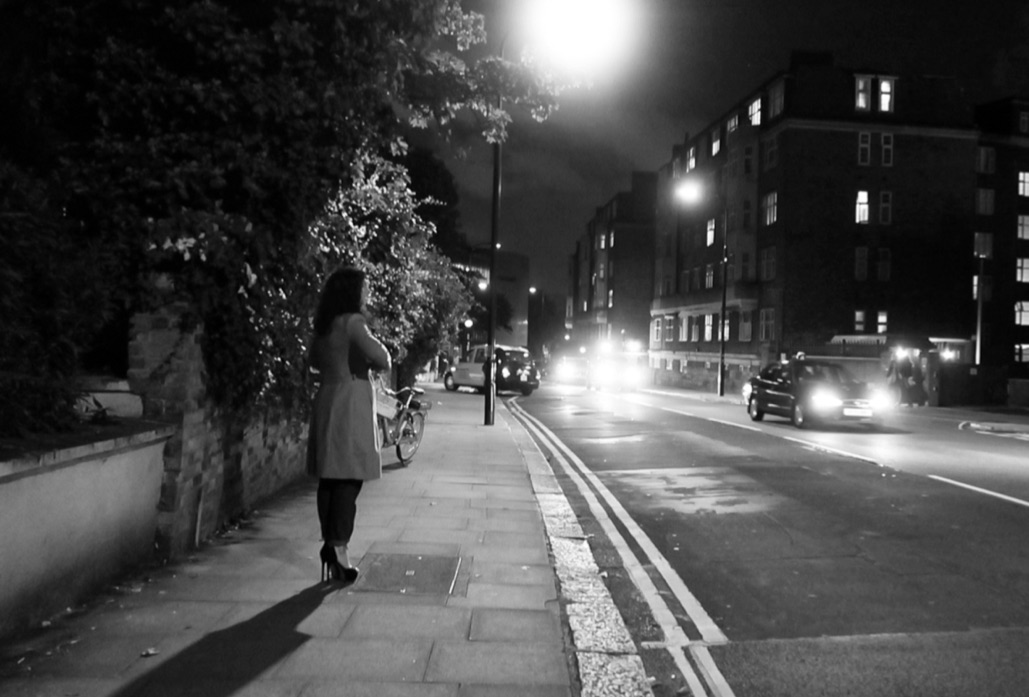 Austerity cuts, the introduction of the harsh Universal Credit scheme and the Hostile Environment has driven more people to sex work to meet their basic needs. Despite this, sex work remains a criminalised profession that is not recognised as legitimate work. The pandemic further exposes the injustice caused to sex workers by outdated laws and policies. Danielle Worden reports on the rise of survival sex

Since 2010, the UK government has embarked on a severe programme of public spending cuts known as ‘austerity’. Alongside this, it has set out to create a ‘hostile environment’ for migrants living, or hoping to live, in the UK. This environment has been intensified by a stricter approach to migration justified by Brexit.

These policies have caused significant socioeconomic harm to minorities including migrants, women, LGBTQ+ people, people of colour and people with disabilities. To avoid destitution, there has been a surge of people turning to ‘survival sex’ – sex work to secure income or resources to meet basic survival needs – over the past ten years.

A profound example of how Government policies have driven more people to sex work is the Universal Credit scheme. Universal Credit, which was introduced in 2012, merges six separate benefits into one monthly payment. As of 2020, the basic rate of Universal Credit for under-25s is a mere £85.68 per week. It is beyond dispute that the scheme has intensified socioeconomic inequality: in July 2019 the House of Commons Work and Pensions Committee reported that Universal Credit was ‘pushing some people not only into poverty, but into hunger and destitution’.

The Universal Credit scheme is supported by the second harshest sanctions of any benefit scheme in the world: refusing a job offer can lead to payments being withheld for three months. Further hardship is created by the minimum five weeks waiting time for the first payment, with waiting times often being up to 12 weeks. Although an advance payment can be applied for, it is subtracted from subsequent payments that are already negligible: this makes it near-impossible for many people to meet their basic needs on Universal Credit.

The link between Universal Credit and the surge in survival sex is also beyond dispute: the same Work and Pensions Committee report in October 2019 found that the introduction of the scheme has driven people to turn to sex work for the first time, or to return after previously exiting. Organisations such as the English Collective of Prostitutes (ECP) and Changing Lives have also played a key role in highlighting the responsibility of the UK government in driving people to survival sex by introducing Universal Credit, especially single mothers.

Another key driver of the surge in survival sex is the hostile environment. The ECP credits restrictions on the ability of migrants to work legally, to open bank accounts, to access benefits as forcing migrant women to turn to sex work for survival. Furthermore, despite the Government’s claim to be a ‘world-leader’ in combatting trafficking, the ECP explain that the hostile environment increases vulnerability to trafficking by making it difficult to enter the UK without illegal assistance. This is particularly true for asylum seekers who, lacking recourse to public funds and the right to work, are forced to survive on £37.75 a week.

Except in Northern Ireland, it is legal to sell and purchase sex in the UK. However, several sex work-related activities are illegal: for example, it is illegal to sell sex or purchase sex in a public place. It is also illegal to assist in the management of a brothel, which can merely mean having a say in the services offered. As a brothel is simply a premise where two sex workers work, sex workers risk arrest for working together – despite that working alone dramatically increases the risk of violence from clients. Evidence also shows that sex workers are disproportionality targeted by police through measures aimed at criminalising anti-social behaviour, such as Criminal Behaviour Orders.

The dangers sex workers are exposed to due by this criminalisation are countless. Obtaining a criminal record for sex-related offences bars entry into other professions. On top of this, fines and incarceration risk exacerbating existing reasons for engaging in sex work, such as poverty. Criminalisation also perpetuates stigma around sex work that fuels the sex workers abuse by clients and employers, who know that sex workers are unlikely to contact the police. Sex work testimonies show that reports of abuse are met with disbelief, threats of arrest or deportation, and even violence from the police themselves.

Immigration law is also used as a weapon against sex workers. One of the greatest paradoxes of the law surrounding sex work is that sex work is legitimate work for immigration purposes. This means that migrant sex workers are considered as working illegally if they do not have the right to work. This places them at risk of being fined, deported and/or incarcerated: despite that it is the UK’s Hostile Environment that forces many to depend on sex work in the first place. Dangerous clients and employers weaponise this vulnerability, threatening to report them to the authorities if they refuse exploitative demands. Reports also show that, since Brexit, migrant sex workers are disproportionality targeted by the police for arrest and deportation.

The pandemic means that sex workers face an impossible choice: attempt to survive on Universal Credit, or continue to work in an already dangerous profession, now made riskier by the threat of Covid-19. For many, this is a choice between destitution and homeless, or risking their own and their loved ones’ health.

The pandemic highlights the injustices faced by sex workers as a result of Government laws and policies. Criminalisation means that sex workers in this impossible position, many being single mothers, risk arrest for trying to support their families. Even though sex work is considered work for immigration purposes, sex workers are not entitled to sick pay or furlough. Registering as self-employed is difficult given the stigma, eviction, child custody.

Nordic model
Views on how to reform laws surrounding sex work are extremely polarised. Sex work abolitionists, such as Nordic Model Now!, demand the introduction of the ‘sex-purchase ban’ which criminalises the purchase of sex in attempt to eliminate the demand for paid sex. However, the effect of these bans on sex workers has been catastrophic. Reviews of the impact of the bans in France and Ireland, for example, found that they have increased the danger and stigma of sex work, whilst failing to reduce demand for paid sex.

Instead, organisations such as the ECP and National Ugly Mugs call for the decriminalisation of all aspects of sex work and the extension of employment law protections to sex workers. However, Decrim Now emphasise that decriminalisation alone is not a ‘magic bullet’ without policy changes to address the reasons for why people depend on sex work, such as “affordable childcare, higher pay in women-dominated industries, flexible working, well-funding women’s services, and an end to benefit cuts and sanctions.”

The Westminster and Scottish Governments have both indicated appetite for law reform: however, there is a risk that this will lead to a sex-purchase ban rather than decriminalisation. In 2016, Westminster commissioned research into sex work that they claimed would inform ‘future legislative and policy decisions’, but the publication of the research in 2019 has been met by radio silence. The Scottish Government is currently running a consultation on whether to introduce a sex-purchase ban, despite recognising in it impact less demand during covid has had on sex workers.

Sex workers are one of the most marginalised groups in the UK. Although platforming sex worker voices is essential to counteracting this, sex worker allies also have a crucial role to play. Sex worker organisations such as the ECP, National Ugly Mugs, and SWARM all depend on donations to support sex workers facing hardship. Non-financial support is also crucial: responding to the Scottish Government’s consultation or lobbying local MPs to support sex work decriminalisation are simple actions anyone can take to challenge this injustice.

Danielle is a PhD student at UCL. Her interests lie in Human Rights Law and Anti-Human Trafficking initiatives

Our print magazine is Proof. Contributors include Michael Mansfield QC, Bob Woffinden, David Rose, Eric Allison and Ian Cobain.
Buy Proof Magazine
The latest issue (Why legal aid matters) includes Helena Kennedy QC and Martha Spurrier in conversation, David Conn on the legacy of Hillsborough - plus how to build your own law centre.
Danielle is a PhD student at UCL. Her interests lie in Human Rights Law and Anti-Human Trafficking initiatives