Serialising the Daniel Morgan murder case: a ‘baffling net of intrigue and malice’

Serialising the Daniel Morgan murder case: a ‘baffling net of intrigue and malice’

Daniel Morgan with his children, Sarah and Daniel 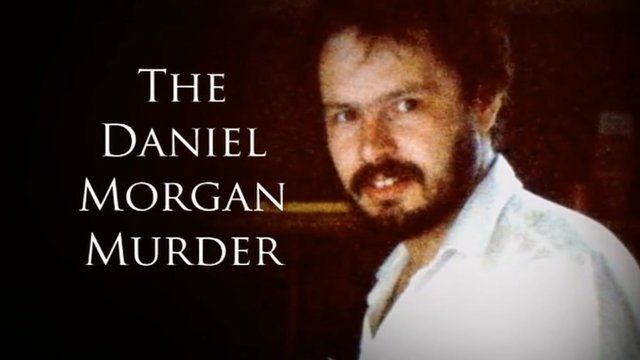 INTERVIEW: ‘At the bottom of the phone hacking scandal, there’s a bigger scandal. I’m staggered I didn’t know about it.’ So says Peter Jukes, a playwright-turned-investigative journalist, whose name might be familiar from his work live-tweeting the phone hacking trial in 2012. The scandal he’s referring to is the unsolved case of the murder of Daniel Morgan. ‘I’ve given so many talks about the hacking trial, and when I get onto the Daniel Morgan story, the jaws hit the floor. Everyone knows about Rebekah Brooks and Andy Coulson and Milly Dowler, but no-one knows this story.’

Daniel Morgan’s murder in 1987 has been dubbed ‘the most-investigated unsolved murder in British history’.

On the night of Tuesday 10 March, 1987, Morgan – a private investigator with Southern Investigations, an agency he ran with partner Jonathan Rees – was found in the car park of the Golden Lion pub in south-east London with an axe embedded in his head. The 29th anniversary of Daniel’s death has just been marked, but the murder remains unsolved. Daniel’s brother Alastair has campaigned tirelessly for three decades for the murderers to be brought to justice – see Alastair’s interview with Justice Gap editor Jon Robins here.

Jukes first came across the case when he was covering the phone hacking trial, a significant seven-month undertaking in which he claimed to type over 450,000 words. After writing a blog saying he’d missed a mortgage payment for the first time in his life, and couldn’t afford to cover the trial off his own back, he began a crowdfunding campaign and successfully raised £20,000 to enable him to attend every day of events at the Old Bailey.

Crowdfunding is what has allowed him to work to bring the Daniel Morgan murder case to light – he has raised nearly £10,000 from supporters in order to produce a Serial-style podcast examining the intricacies of the case. ‘I was sitting in the pub with my co-producer and we were talking about Serial. Then the idea came to me – why don’t we do this as a podcast? We’re independent, we don’t have to rely on major news organisations – we can bypass all of that and get direct to our audience.’

‘The great thing about crowdfunding is that people become part of it and you don’t have to deal with a middleman,’ Jukes continues.

You have complete autonomy and your story isn’t going to be squashed by a news organisation, too many of which have a vested interest in suppressing parts of this story.

‘Alastair is very wary about people taking over and misrepresenting the story, but I think I won his trust over by getting to know him over a period of three or four years.’ Jukes called Alastair with his proposition and he immediately agreed. The pair secured sponsorship from the same company which backed Serial, and production began. 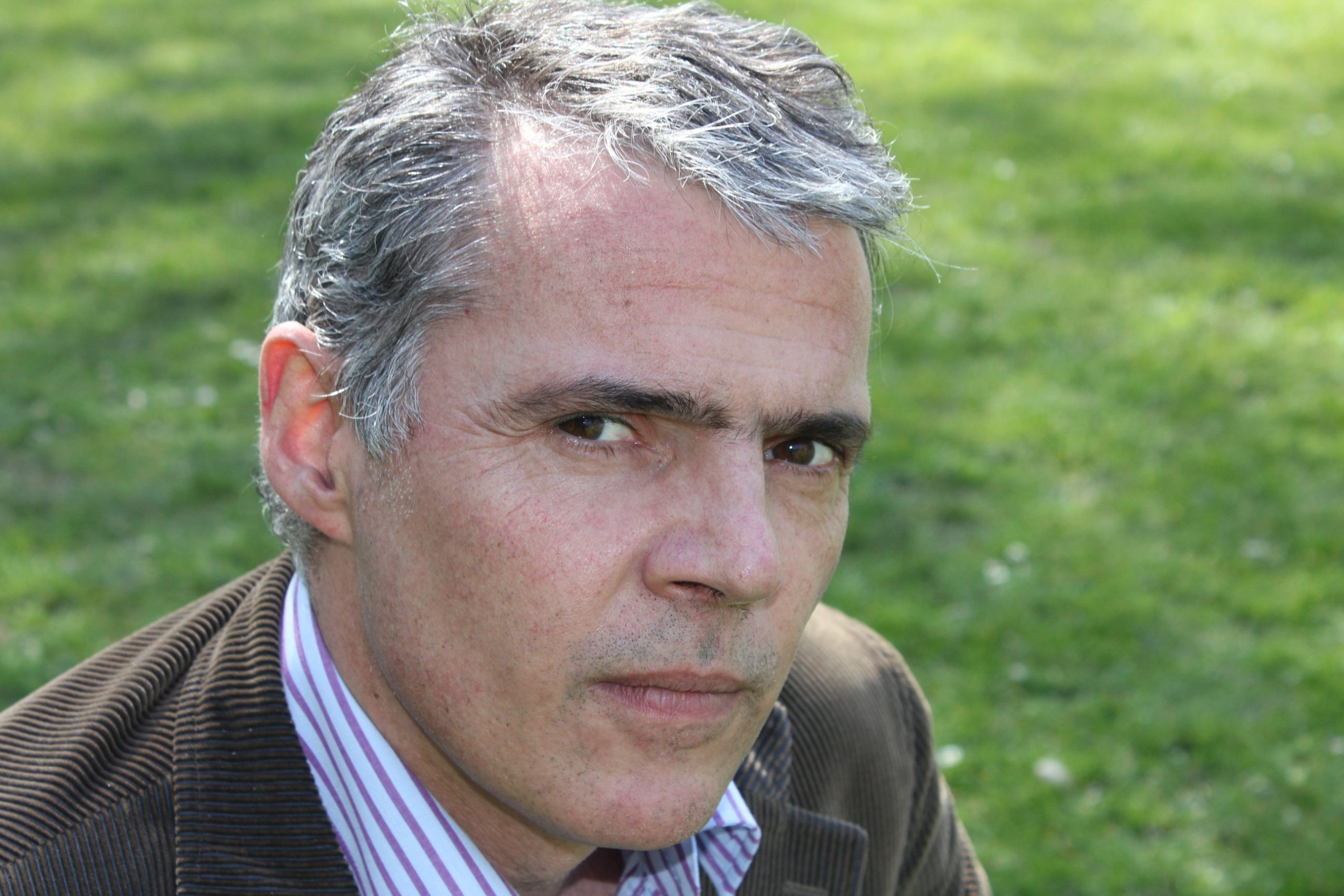 Piecing together the jigsaw
Despite five police murder inquiries and a collapsed Old Bailey trial, Morgan’s murder remains inexplicably (from the outside, at least) a ‘whodunnit?’ So what could a podcast chronologically sequencing a story which has already been subject to so much investigation reveal? ‘Every time I write an article about it, someone comes forward and tells me something new – there’s a new piece of the jigsaw puzzle in place’, relates Jukes.

But although new information is welcomed, it’s hard to know if Jukes and the wider Morgan family are any closer to revealing the truth about what happened to Daniel. The case is one of staggering complexity, drawing together ‘three strands of corruption: private investigators, corrupt police officers and a media which was compromised.’

Morgan’s murder, his family claim, was an execution with the aim of silencing an investigator who was poised at the time to expose high-level corruption at the Met. ‘Usually with police corruption it takes years to come out and there’s a whistle-blower in the media who is pushing to expose it. In Daniel’s case it’s more and more clear to me that he was the whistle-blower.’

This story cannot come out because the immune system, if you like, for the state – the media – who should be exposing this, is itself infected.

Daniel’s brother Alastair was initially perplexed by what he saw as the media’s lack of interest in his family’s campaign. ‘He didn’t understand why it was so difficult for him to get the story into the mainstream press, until the phone hacking scandal exposed the deep connections between the media and the police.’

Jukes says he feels ‘completely bewildered’ by seeing other journalists back away from the story for fear of losing their jobs – ‘in a way, that appals me almost as much as the police corruption. I was at the Press Gazette Awards the year before last with Alastair, and a very, very senior Mirror journalist who had worked at the News of the World came up to me. I said, you’d better meet Alastair Morgan – everyone knows the story on Fleet Street, and he said: “Oh Alastair, it’s such a terrible story, but of course I could never publish it for political reasons.” So imagine that! They still won’t cover it because 30 years ago some very high up executives in these various news organisations worked with criminals.’

Net of intrigue
A self-trained journalist, Jukes credits his background as a playwright and author for enabling him to help bring the Daniel Morgan murder case to the fore of the public consciousness. ‘Unless you’re careful, this case is incredibly complicated. People go down a rabbit’s hole of interconnection and conspiracy which makes it very difficult to follow. Stories are my stock in trade. I think what I’ve brought to bear in this case is the storytelling aspect – what is the story here, how do we keep it emotional and accessible to an audience who would otherwise be baffled in this net of intrigue and malice.’

We touch briefly on Leveson, and Jukes opines about the refusal by John Whittingdale, the Secretary of State for Culture, Media and Sport, to approve the costs provisions of section 40 of the Crime and Courts Act 2013. If these came into force, it would mean that where a claim is brought against a publisher, such as a national newspaper, which is not a member of an approved regulator, the court will punish the publisher—even where it has successfully defended the claim—unless the court is satisfied that the issues could not have been solved by the regulator. In plain terms, it would mean a sea-change for libel challenges.

‘For a journalist like me, who gets a lot of libel threats, it means no longer being chilled by threats of defamation. It’s a big scandal – all the democratic processes can fail because one culture minister wants to keep the press sweet.’

Jukes is also anxious to see ‘Leveson 2’ – the second part of the Leveson Inquiry which was promised by the Prime Minister and, Jukes hopes, would tie up the loose ends of the first inquiry. ‘The police-press relationship, the inappropriate behaviour, the way that senior cops and News International executives were all over the Daniel Morgan murder and did nothing about it… It’s completely shocking, and I think we’ll only clear this up if Leveson 2 happens.’

Daniel Morgan with his children, Sarah and Daniel.

Glimmer of hope
But even if Leveson 2 takes place, the odds of a criminal conviction for Daniel Morgan’s murder remain disappointingly slim. ‘The evidence is all either lost or missing, everything has been undermined by the original process of the investigation – it’s just an impossible case now to prosecute in terms of criminal convictions.’ But there is a glimmer of hope – in 2011, the Home Secretary, Theresa May, proposed a Hillsborough-style panel of inquiry into the case, and the panel is due to report this autumn. Jukes hopes to supplement the initial six episodes of the podcast after the report is released.

More than anything [the Daniel Morgan case] is a cautionary tale of when all the checks and balances in the system fail and how the worst crime—murder—can go unpunished for so long.

‘It’s a lesson for us all, that our parliament isn’t necessarily the best, our press is not the most free, our police aren’t the most incorruptible – and we need to make sure that they are.’

Jukes goes on: ‘A lot of journalism is becoming PR and corporate fluff, or sponsored content. I think we should all step up and become more citizen journalists, question the facts we have, compare sources. I feel that audiences are much more sceptical of mainstream coverage – they’re no longer taking one news source for granted. There’s a huge appetite out there, it’s just about finding a way to make it pay.’

Through Byline, an online crowdfunding and media outlet platform which enables authors to fund their work through the support of their readers, Jukes hopes that independent journalism can continue to thrive, ‘so that people can feel some benefit from paying for journalism, and don’t expect anything for free.’

As the interview draws to a close, I ask what else Jukes has in the pipeline – the first six episodes of the podcast are due to be released to the public via iTunes in April, while crowdfunders have been given early access. He talks briefly and animatedly about some of his current projects—radio plays, a TV drama about GCHQ—before making an understated admission that he is looking forward to taking a slight break from the ‘dark world’ of the Daniel Morgan case—so far and away from his usual territory. ‘I’m a dramatist and poet. I like musicals. Writing about this case can get quite difficult at times.’

'The Met colonised my life for 34 years', says Daniel…
Episode 13: 'I no longer trust Britain'
Priti Patel told to publish Daniel Morgan report or else…
'A kick in the teeth': fury as Priti Patel insists on…
Daniel Morgan: Met accused of ‘institutional corruption’…