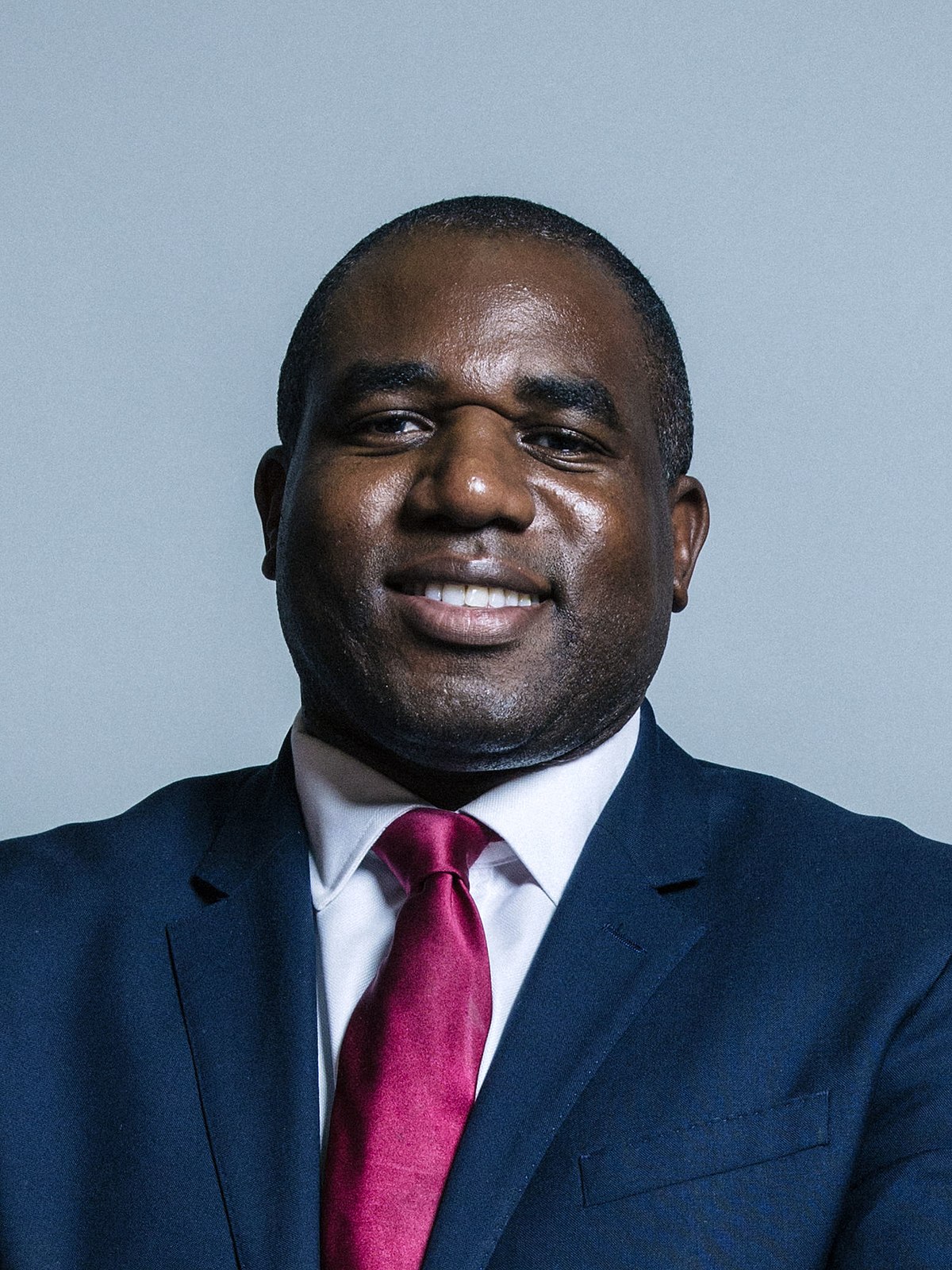 Following David Lammy’s review of disproportionality in the criminal justice system, the spotlight is rightly on how to address the embedded inequalities and discriminatory practices that are driving the overrepresentation of black and minority ethnic groups – writes Christopher Stacey.

As part of this though, he has recognised the broader significant negative impact that the current criminal records disclosure regime has on people’s chances of finding work after they’ve turned their lives around. Referring to it as a ‘second sentence’ in his open letter to the Prime Minister, David Lammy highlights how ‘one of the most significant barriers to any ex-offenders’ prospects of employment is created by public policy: the criminal records regime.’ It locks people with convictions out of the labour market and has a considerable financial cost to society through out-of-work benefits.

It is undoubtedly in desperate need of reform.

As Lammy says, ‘people can change quickly but their criminal record does not’. It unnecessarily anchors people to their past, and young adults in particular can find a criminal record holding them back at the key period in their working lives. At the launch of his report, Lammy spoke about how people ‘need a chance to take responsibility for their own lives’.

Despite recognising the importance of the ‘ban the box’ campaign (that deals with when criminal record checks are made during the recruitment process), he tackles what he regards as ‘the bigger question of whether criminal records are relevant and need to be disclosed as often as the current system prescribes’. He concludes that ‘our criminal records regime is making work harder to find for those who need it the most. The system is there to protect the public, but is having the opposite effect if it sees ex-offenders languishing without jobs and drawn back into criminality.’

So what does Lammy recommend on criminal records?
In a section looking at rehabilitation and employment, he looks at the current rules on disclosing criminal records (namely the Rehabilitation of Offenders Act 1974), as well as recent efforts to change things, and concludes that they’re not enough.

Previous reform proposals have ‘focused on making a one-size fits-all criminal records system more generous, normally to young people. Proposals tend to involve reducing the time taken before various offences are considered “spent”. I strongly support the Taylor Review’s recommendations, set. However, I regard the one-size fits-all system itself to be unfit for purpose. A new approach is needed.’

Building on this, he makes two (very much linked) recommendations on criminal records:

Is it a good idea to seal criminal records?
I agree with the criticisms of a one-size-fits-all system. Unlock has long supported the introduction of a criminal records tribunal, a process that would enable individuals to apply to have their criminal record deemed spent or filtered and, if granted, would mean it must no longer be disclosed to employers on a relevant criminal record check.

David Lammy rightly draws on the systems elsewhere. ‘In other countries, there is much greater flexibility built into the system,’ he says. ‘In the US State of Massachusetts, for example, offenders who believe that they can demonstrate that they are reformed and are no longer a threat to others can petition to have their criminal records expunged.’

As part of my Winston Churchill Travelling Fellowship in 2014, I looked at the system of ‘legal rehabilitation’ in France. It can apply to all types of sentences, including prison sentences and all types of offences (even those classed as ‘crimes’ in the French system). People who have more than one conviction must apply for the rehabilitation of all; judicial rehabilitation concerns their entire life and the conditions are very strict; not only must they have totally stopped committing crime, they must have effectively become a ‘near perfect citizen’. If granted, the record is removed from the French equivalent of DBS checks.

The impact is profound; judges and lawyers report that individuals often have a trembling voice and cry when the ruling is voiced with an effect that resembles citizenship ceremonies. The number of individuals benefitting from this process is very small (just over 20 a year on average) showing how it’s a very high bar to meet the stringent process involved.

There is evidence from overseas that a sealing approach works. Evidence from the US is that reform of criminal records regimes can have a net financial benefit – $5,760 per individual in one year – through increased income, tax revenue and a reduction in welfare costs. Yet it’s more than just the financial benefit.

Ultimately, as I wrote in a letter in the Independent over the weekend, a sealing process would help to address the injustice that many people face as a result of what are currently arbitrary fixed rules that take no account of the positive steps people have taken since their criminal record.

That said, I’m under no illusions as to the scale of the task in implementing such a system; there is widespread misunderstanding about how the current regime works. There are lots of technical questions about who might get their record sealed and what that would mean for them as individuals as well as the impact on employers in terms of recruitment.

There is also resistance to change within government. The UK government lost in the Court of Appeal earlier this year, with the court ruling that the current disclosure regime is disproportionate and unlawful. The government could have responded by implementing some kind of sealing system, or expanding the existing inflexible rules. They didn’t. Instead, we find ourselves in a situation where the government has appealed to the Supreme Court and is standing by the current approach – I hope that David Lammy’s report and recommendations helps them to think again.

How could a sealing system work?
I agree with Lammy that the criminal records regime should not only make a sharper distinction between adults, there should also be an opportunity for people to present the case, before a judge, that they should have their criminal record sealed.

Lammy says that a ‘more flexible system is required, which is capable of recognising when people have changed and no longer pose a significant risk to others.’ In giving some thought to how to take this forward, a flexible system needs to be set within context – around 250,000 criminal record checks every year in England & Wales reveal convictions or cautions – and it’s unrealistic for every case to be considered individually. Furthermore, I would caution against ‘throwing the baby out with the bathwater’ and scrap the existing system entirely, as in some ways that would be a step backwards.

In my response to the Court of Appeal’s judgment in May this year, I said that a fairer and more flexible system would be one with expanded automatic filtering rules and a discretionary filtering process with a review mechanism so that individual circumstances can be considered. Ultimately, the system has to have a degree a certainty about it. For an individual to know, for example, that after a certain period of time conviction-free will result in their record becoming ‘spent’ is an important aspect to the system, but that shouldn’t be the end of it. Many people have to wait years for a conviction to become spent. For many jobs, even once they’re spent they’re still disclosed. Any kind of sealing system would have to be clear, easy to understand and transparent. That would be important not only for individuals, but also employers too.

This also represents an opportunity to build trust and confidence into a system that is widely regarded as being ineffective. A process involving a decision maker that is independent of both government and employers has the potential to come to much more equitable decisions about what needs to be disclosed in the future and what doesn’t. A sealing process has the potential to insert a degree of flexibility into what is otherwise a blunt system.

Finally, a risk with looking to a sealing process as a solution is that you lose sight of the context. Whatever happens, there will always employers that want to know about criminal records, and likewise there will always individuals who have criminal records that need to be disclosed to them. That’s why when the government looks at reform of the criminal records regime, it needs to go hand-in-hand with other measures to help increase the rates of employment amongst those with a criminal record; that means looking at putting ‘ban the box’ on a legislative footing and piloting tax incentives to encourage employers to recruit people leaving prison and people on probation.

Christopher is co-director of Unlock

Our print magazine is Proof. Contributors include Michael Mansfield QC, Bob Woffinden, David Rose, Eric Allison and Ian Cobain.
Buy Proof Magazine
The latest issue (Why legal aid matters) includes Helena Kennedy QC and Martha Spurrier in conversation, David Conn on the legacy of Hillsborough - plus how to build your own law centre.
Christopher is co-director of Unlock

Women of colour face tougher challenges after prison than…
Black people nine times more likely to be stopped and…
Home Secretary needs to take responsibility for 213,000…
Calls to end disproportionate sentencing of BAME women…
Women prostituted as teenagers to challenge the retention of…