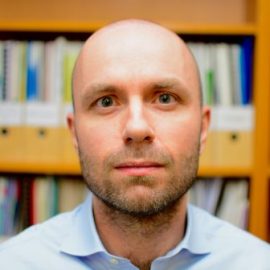 The departing chief inspector of probation has dealt a further hammer blow to Chris Grayling’s beleaguered ‘Transforming Rehabilitation’ reforms to the probation service. In a report launched this week, the latest in a series of critical reports on the changes introduced by the former justice secretary, Glenys Stacey considers the impact of the extension post-release supervision to short sentenced prisoners.

Last year, more than 38,000 people were released from prison after serving sentences of less than 12 months. The chief inspector concludes that the extension of supervision to this group has had no discernible impact on reoffending but has led to ‘an expensive merry-go-round’ of people being repeatedly released, breached and recalled to custody.

Introduced in 2015 as part of former justice secretary’s flagship rehabilitation reforms, the new monitoring arrangements bought released short-sentenced prisoners under the supervision of a newly part-privatised probation service. Before, people serving custodial sentences of less than 12 months were released at the halfway point without any form of support.

In the words of Chris Grayling, the aim of post-release supervision was to ‘bring down stubbornly high reoffending rates’ by combining the stick of the threat of custody with the carrot of greater support on release. Anyone sentenced to more than one day to less than two years in custody is subject to a mandatory year-long period of post-release supervision in the community. Breach of licence or supervision conditions during this period can result in the imposition of sanctions, including a return to custody.

However, the chief inspector’s report reveals that since the introduction of the reforms reoffending rates have remained more or less the same, with nearly two-thirds (64%) of short-term prisoners going on to reoffend, committing crime worth an estimated £7 to £10bn per year. Meanwhile, breach and recall rates have rocketed, disrupting lives and placing unnecessary pressure on an already overcrowded and overstretched prison system. For men recall rates have increased by 29%, while for women they have risen by a shocking 166%.

What went wrong? The fact is that many of the problems highlighted by the chief inspector were evident from the moment the proposals were first mooted seven years ago. In its response to the government’s original consultation on the proposals in 2013, the Prison Reform Trust warned that ‘many people serving short prison sentences have complex and multiple needs including homelessness, unemployment, drug and alcohol addictions, mental health needs and learning disabilities. This in turn increases the likelihood of breach and recall to custody if sanctions imposed for non-compliance are too onerous.’

While the reforms have proved remarkably efficient at sending people back to prison, they have proved less effective at getting short-term prisoners into the treatment and support they need.

Inspectors were ‘shocked’ to find pre-sentence reports, provided by probation to assist the courts in understanding an individual’s needs and circumstances and to inform sentencing decisions, had been completed in less than a quarter of inspected cases. Furthermore, the report found that prisoners’ needs had not been identified prior to release in almost a third of inspected cases.

Even when needs had been identified, too often inspectors found that the help provided by community rehabilitation companies was limited to signposting people to health and welfare services. In turn, these services frequently presented their own barriers to access for prisoners on release.

Lack of housing was a common problem identified by inspectors with nearly one in three people released from prison with no fixed abode. Poor accommodation provision compounded the difficulties people faced with accessing welfare benefits. Universal credit can only be applied for after release; and the application process is challenging for those without a permanent address, documentation and the IT skills to apply online.

The lack of accommodation and money made the first days following release particularly difficult, increasing the likelihood of a breach of licence or supervision conditions and a return to custody.

So how to fix it? The chief inspector makes 11 recommendations in total to the various departments and agencies involved. These include proposals to the cross-government ministerial board on reducing reoffending to improve the coordination and provision of mental health, substance misuse, benefits and housing services for people on release.

She also makes proposals to reduce the high rate of breach and recall by giving probation a power to suspend monitoring of supervision requirements where services are not required; as well as a review of the suitability of sanctions for breach.

Responding to the report, the justice secretary David Gauke said he would carefully consider its recommendations and restated his previous commitment to ‘move away from often ineffective short prison sentences and towards robust community alternatives which turn offenders away from crime and ultimately reduce reoffending’.

Ultimately, like the decision to split the probation service in half which David Gauke has now promised to reverse, the justice secretary may conclude that post-sentence supervision has simply failed in its stated aim to reduce reoffending and legislate to remove it. The idea of rooting rehabilitation through ineffective short prison sentences was always a fundamentally flawed one. Delivering on the justice secretary’s aim of abolishing short prison sentences altogether could be the best and simplest solution to a problem largely of his predecessor’s own making.

Our print magazine is Proof. Contributors include Michael Mansfield QC, Bob Woffinden, David Rose, Eric Allison and Ian Cobain.
Buy Proof Magazine
The latest issue (Why legal aid matters) includes Helena Kennedy QC and Martha Spurrier in conversation, David Conn on the legacy of Hillsborough - plus how to build your own law centre.
Mark is head of policy and communications at the Prison Reform Trust