Scotland Yard pays out to man fathered by an undercover cop

Scotland Yard pays out to man fathered by an undercover cop 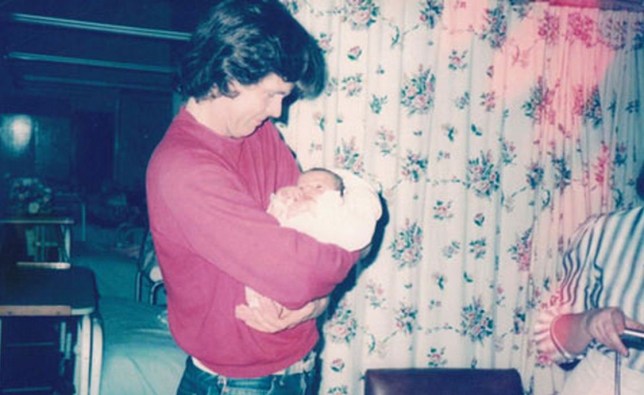 Scotland Yard has agreed to pay substantial damages to a man fathered by an undercover officer during a secretive four-decade operation by the Metropolitan Police to infiltrate left-wing activist groups.

The operation was exposed by female activists in 2011, with more details emerging following a year-long investigation by Guardian journalists and supported by subsequent whistleblowers from within the Met. In the years since, it has come to be known as the ‘Spy Cops’ scandal. The man, who has been granted anonymity by the court and is named as ‘TBS’, discovered in 2011 that his father, who had abandoned him and his mother when he was two years old in 1988, was not animal rights campaigner Bob Robinson, but senior officer of the Special Demonstration Squad (SDS), Bob Lambert.

In what has been publicised in the years since, SDS officers spying on activists were often encouraged to form romantic relationships in order to gain credibility in the movement. Fellow undercover officer, and later whistleblower, Peter Francis, has talked of how Lambert, his superior, advised officers to always use contraception when having sexual relations with activists.

Hellen Ball, a Met assistant commissioner, published a formal apology on behalf of the Metropolitan Police and Cressida Dick, reported in the Guardian: ‘I wish to express my unreserved apology for the Metropolitan police’s role in the circumstances that led to your father’s relationship, as an undercover officer, with your mother, which culminated, years later, in the realisation that what you had been led to believe about your father and your home life, and the reasons given by your father for leaving the family home were based on a fundamental deceit.’ TBS described how he felt that his birth and childhood had been based on a lie, which caused him severe confusion and distress.

The Met’s apology and out of court settlement arrives only days after Parliament passed the Covert Human Intelligence Sources (Criminal Conduct) Bill, which has been dubbed the ‘License to Kill’ Bill by human rights groups. The Bill is set to make law MI5’s long standing policy of allowing its informers and agents to take part in criminal activity if the criminal offences involved were proportionate to the potential evidence extracted in the process. The Minister of State for Security, James Brokenshire, has argued that it was ‘important that those with a responsibility to protect the public can continue this work, knowing that they are on a sound legal footing’.

However, last month Amnesty International, alongside a coalition of human rights groups including Reprieve and the Orgreave Truth and Justice Campaign, warned that the Bill could ‘end up providing informers and agents with a license to kill’. The Bill does not explicitly forbid any crimes from being committed, with the Government arguing that this would only allow informers being unmasked by criminals testing to see if they are prepared to commit a crime that has been banned by the legislation.

The Labour Party abstained from voting on the Bill, with Shadow Home Secretary Nick Thomas-Symonds arguing in The Independent that Labour will push for ‘robust safeguards’ at committee stage, with the caveat that the Bill does not apply retrospectively, specifically referencing the Spy Cops scandal. Left-wing Labour MPs organised in the Socialist Campaign Group defied the party whip for the second time in as many weeks to vote against the Bill, following the controversial passing of the Overseas Operation Bill in September.

The Bill has passed before the Spy Cops inquiry was able to begin, with delays relating to the coronavirus pandemic. The inquiry, called by then Home Secretary Theresa May in 2014, will scrutinise undercover police tactics, and how undercover officers spied on hundreds of ‘left-wing’ organisations, including the family of the murdered Black teenager Stephen Lawrence.

There are fears amongst activists and MPs that the Covert Human Intelligence Source (Criminal Conduct) Bill would stop potential victims of Spy Cops style scandals from getting justice in the future.

Art is a current LPC Student at City University. His interest lie in civil liberties, public law and the changes to legal aid

Our print magazine is Proof. Contributors include Michael Mansfield QC, Bob Woffinden, David Rose, Eric Allison and Ian Cobain.
Buy Proof Magazine
The latest issue (Why legal aid matters) includes Helena Kennedy QC and Martha Spurrier in conversation, David Conn on the legacy of Hillsborough - plus how to build your own law centre.
Art is a current LPC Student at City University. His interest lie in civil liberties, public law and the changes to legal aid

'Little faith' in spy cops inquiry getting to truth
Episode 11: 'This inquiry is pandering to the police'
Love, lies and the undercover police
Leon Brittan's widow accuses Met of losing 'moral compass'…
‘Serious concerns’ over human rights impact of 'spycops'…