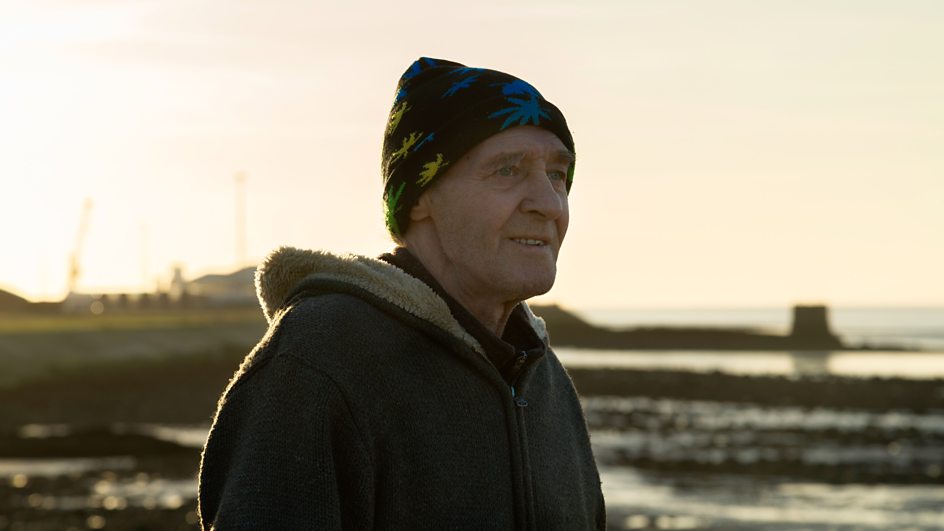 We think that those who have been victims of the state deserve an explanation as to why they were wrongfully convicted.  They deserve proper compensation for their loss of liberty, and most importantly they deserve an apology for what has been done to them and to their families.

Our campaign seeks the provision of services to the innocent equal to those that are currently provided to guilty prisoners on their release.  Perhaps the shame of sending innocent people to prison is what stops governments, and our judicial system, from fully taking responsibility for their failures.  Surely the suffering of exonerees and their families should outweigh that shame?

We ask that people of good conscience come to the aid of Paddy Hill, Robert Brown, and all of those who were scarred by prison but have been left to suffer and are ignored by the authorities.

Anyone who is faced with a criminal charge enters the judicial process with the presumption of innocence, but this is not upheld when you’ve been wrongfully convicted and exonerated.  If you enter a court at the beginning of the process with the presumption of innocence, then at the end of that process when your conviction is quashed or overturned the court should declare your innocence.

This is important because the current situation allows an element of doubt to remain which some people are happy to exploit. Innocent but not innocent enough is the current status afforded to James Boyle, Barry George, Martin Foran, Sam Hallam and Victor Nealon – amongst others.

We currently receive funding from the Scottish Government to provide support to those with an active appeal, or a live application to the SCCRC.   Also, to provide support to exonerees in Scotland to assist with reintegration back into their community.  In England and Wales the UK Government provides funding to the Citizens Advice Bureau for a Miscarriage of Justice Support Service.  However, this not enough.

We have been campaigning for a number of years to open a trauma centre, to provide initial support to exonerees on their release, and continuing as they need it throughout their lives.  This need is supported by Dr Adrian Grounds – the foremost expert into the medical effects of wrongful imprisonment – who says that those effected by wrongful imprisonment will require treatment and support for up to 20 years after their release, even if there is early intervention and support.   We have been told by previous UK Governments that they accept they have a duty of care to exonerees; funding for what needs to be done, however, has been refused in the name of austerity.

This means that no one bears responsibility for justice miscarrying – which is just not good enough, given the outcomes. Early death has been the tragic lot of Stephen Johnston, Stuart Gair, Sally Clark, Gerry Conlon and Suzy May, all of whom have died before their time, left without adequate care and support. Many others are living with drug and alcohol problems. Many are living with a desire to return to prison as a place of safety.

Currently the only provision for those who have been wrongfully convicted is the same as that made available to anyone else suffering with a psychological condition.  We think that when you have been wrongfully held for, as is often the case, many decades then you require more support than the basic services provided by your family Doctor, or the local mental health team. These are unique circumstances which require a specialised response.

This is evidenced by the experience of our clients who have used the currently available services.  They are commonly faced with clinicians who simply don’t know how to treat them, through lack of awareness, and the lack of information available to the clinicians, in respect of the effects of wrongful imprisonment.

We also want to see the creation of a body with the powers, and the finance, to fully examine claims of innocence.  We want this body to undertake full case reviews rather than the narrow strand approach currently adopted by the SCCRC/CCRC, an approach which, to our mind, serves principally to support the maintenance of convictions.  And something, clearly, is not working where of the cases submitted to the SCCRC only 6% were referred to the court. The figure for the CCRC, incidentally, is 3%.

It’s worth remembering that these bodies were set up to examine claims of innocence by long-term prisoners who had repeated attempts at appeal rejected by the courts. They were also conceived as a bulwark against an excessively conservative appeals process, to address the issues previously exposed by investigative journalists working for programmes such as Rough Justice, Trial And Error and World In Action, as well as the many print journalists who had been the last hope of many of those claiming to be wrongfully imprisoned. As things stand, much of the attention of the Commissions is directed at minor offences which have not resulted in custodial sentences.

We would like to see a fully independent organisation which is not dominated by members of the legal profession, or former police officers, who may maintain some allegiance to the judicial system they are tasked to examine. We want a body drawn widely from society, and which includes people who have direct experience of wrongful conviction and its effects. It is essential that this type of experience is at the heart of our approach to miscarriages of justice.

It may surprise many people that the elation associated with a conviction being overturned is often just a passing high. Once the grim reality of life on the outside hits, especially when faced with the lack of support provision, many of those who are lucky enough to regain their physical freedom face the task of living in a world they don’t know. Scarred mentally and physically, often with no real support, many having had friends and family fall by the wayside over the years of their wrongful incarceration.

The perception of the public, that ‘oh well, they’ll be quids in, at least they’ll get compensation’ is not even necessarily true now because of the barriers placed on accessing compensation. Even when it was true another, sad, truth is that for many their compensation became a curse rather than a benefit. That, however, is not to say that compensation should not be paid. Often it has been the only official recognition of the state’s failure and culpability in cases of wrongful imprisonment. 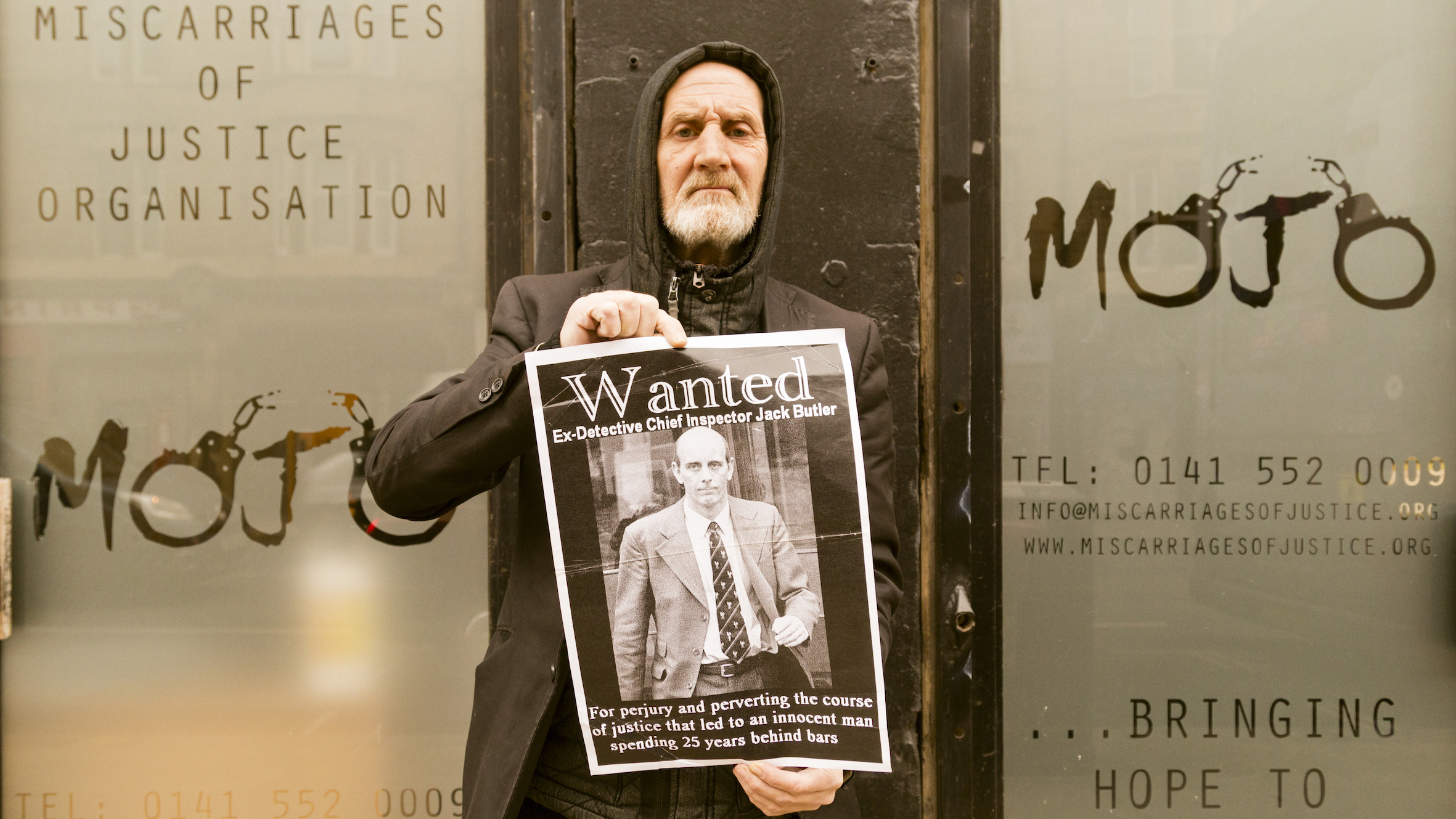 Robert Brown: From the recent BBC documentary Fallout by the film-maker Mark McLoughlin

Most of our clients want two things that are not provided. An apology, and an explanation as to why our judicial system failed them by sending them to prison for something they did not do. We live in hope but also fear because miscarriages of justice are rife in our justice system to this day.  It is clear that there is no real focus on this issue from the powers-that-be.  There is a perception that miscarriages of justice are a thing of the past, dealt with in the Nineties – ‘nothing to see here’.

We urge the public to wake up. Don’t wait till this lands at your own door to find out the truth. Sadly, it really could be you.

Write to your MPs, MSPs, MEPs. Write to the Newspapers. Get on social media and ask questions.

We are campaigning in the UK and Ireland for four specific issues: