The rise and fall of the right of silence

The rise and fall of the right of silence 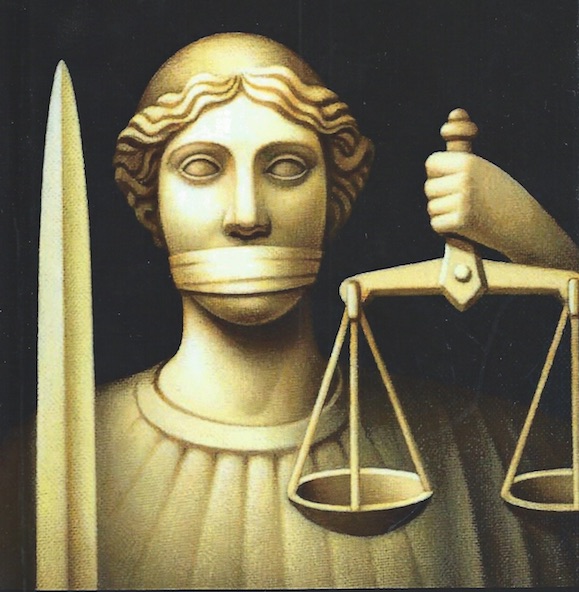 Who would be a duty police station lawyer? For a start, there are the anti-social hours the and weekends on call; the difficult clients, some vulnerable, some obnoxious and some both, and then there are the police; and all that hassle for little money.

A new book by Dr Hannah Quirk charts the erosion of the right of silence in our legal system and shines much needed light on a little understood, essential but poorly functioning part of our justice system.

Apparently, the Law Society’s handbook for police station representatives used to be called ‘Active Defence’ and legal academics talk of ‘zealous advocacy’. In reality, Quirk – a senior law lecturer at Manchester University – argues that suspects have been ‘doubly disadvantaged’. Firstly, they have been let down by the ‘mismatch’ between such lofty ideals and the reality of poor quality, acquiescent legal representation in the station. Secondly, and more fundamentally, the Criminal Justice and Public Order Act 1994 has undermined the right to silence of an accused person, allowing for inferences to be drawn from their silence.

During the course of her research, Quirk conducted over 100 interviews and half of the police station reps she spoke to were ‘diffident’ about the significance of the 1994 reforms. ‘If the man is an innocent man, he’s got nothing to worry about,’ one solicitor told her. ‘How many clients are not guilty anyway?’ another opined. ‘We aren’t talking about major crime… we are talking about wife-beating, shoplifting, theft, burglary, whatever; and it doesn’t make a great deal of difference at the end the day because most clients all guilty – unfortunately.’

In a foreword to the book, the former Liberty director Shami Chakrabarti argues that the 1994 Act marked the beginning of ‘an authoritarian arms race’ in British politics from which our politicians have yet to recover.

The erosion of the right to silence is a textbook example of ‘policy by populism’. Another examples is the prisons crisis fuelled by Chakrabarti’s party’s ‘tough on crime’ mantra, but the consequences of the attack on silence are less understood.

Although a cornerstone of the justice system, Quirk explains the right to silence has never had strong foundations.

The so-called right to silence
The story of the most recent assault begins somewhat ironically with the Police and Criminal Evidence Act 1984 (PACE) which bolstered defendants’ rights requiring, for example, the proper recording of police interviews as well as the right to a lawyer for suspects.

That landmark legislation provoked an immediate backlash led by the police, supported by members of the judiciary and politicians, who argued that the ancient right should be traded in to restore the ‘balance’ between victims and suspects.

Years before politicians jumped on the criminal justice bandwagon, the police were busying themselves as ‘lobbyists’ pushing their crime control agenda. The approach was pioneered by Sir Robert Mark, the Metropolitan Police Commissioner in the 1970s best known for his war on corruption at Scotland Yard. Under the ‘Marksist revolution’, the police changed from law enforcement to ‘contributors in the moulding of public opinion and legislation’. Delivering a 1973 lecture, Sir Robert argued that a minority of defence solicitors was ‘more harmful to society than the clients they represent’.

Plans in the late 1980s to curtail the right to silence in England and Wales, following the introduction of such constraints in Northern Ireland as a response to terrorism, were derailed by public outrage about by a steady stream of miscarriages of justice in cases such as the Guildford Four and Birmingham Six.

Well-justified concerns about the vulnerability of suspects proved to be short-lived. So powerful was the police lobby that the 1991 Royal Commission on Criminal Justice, set up the very day the Birmingham Six were released, included in its terms of reference the direction to consider whether changes were necessary ‘to the opportunities available for an accused person to state his position on the matters charged and the extent to which the courts might draw proper inferences.’

By the time the commission reported, Chakrabarti’s arm race was in full swing. At the 1993 Conservative party conference, then home secretary Michael Howard revealed his crackdown on crime. ‘The so-called right to silence has been ruthlessly exploited by terrorists,’ he told delegates. ‘It’s time to call a halt to this charade. The so-called right to silence will be abolished. The innocent have nothing to hide and that is exactly the point the prosecution will be able to make in future.’

Of course, the 1991 commission found no evidence to suggest abuse but that didn’t matter. The annual crime figures were on an inexorable rise and high profile crimes such as the murder of Jamie Bulger fuelled a growing moral panic about ‘broken Britain’.

Dumbing down
The erosion of the quality of police station representatives is a less familiar part of the story. According to Quirk, defence work has long been regarded amongst lawyers as ‘low status or “distasteful” work’ that is ‘mundane and lacking in intellectual challenge’. ‘In many firms police station work was accorded the lowest status of all,’ she continues. ‘It was often delegated to the most junior, frequently unqualified staff, or to agencies many staffed by retired police officers who were considered inured to the working environment, while solicitors concentrated on the higher profile and higher paid court work.’

The 1994 reforms compromised the lawyer-client relationship by making police station advice of potential evidential value that might require lawyers to testify in court.

And it has been downhill all the way since then. In a 2008 report by the legal academics Ed Cape and Lee Bridges into the CDS Direct telephone helpline, the pair accused the government of ‘a collective amnesia’ in failing to learn the lessons of history that led to PACE. The helpline has been providing telephone advice to clients detained at police stations since 2005 covering less serious offences. Cape and Bridges argued that the legal profession was far from blameless in the dumbing down of police station advice, especially in its use of non-qualified staff.

When Lord Carter of Coles conducted a review of the defence profession for the New Labour in 2006, the peer bluntly described the profession as ‘if not dying, time limited’. ‘I was quite shocked, in certain parts, by the clear impoverishment of it,’ he told me at the time.

Defence firms now haven’t had an increase in fees for 20 years. The profession last year had an 8.75% fee foist upon them with the possibility of more cuts heading their way. Whilst the government has been forced to put on hold its plans to slash the number of firms with ‘duty’ contracts from 1,600 to 527, only this week firms were accusing the Ministry of Justice of operating a policy of ‘consolidation by stealth’ by refusing to allocate slots for minor omissions or technical issues. The LAA has denied this.

The average fixed fee for a duty case is just £150. ‘For that you can spend five or six hours at the police, while you could earn the same amount for around three quarters of an hours’ work on a privately paying case,’ James Parry, chairman of the Law Society’s criminal law committee, recently told www.legalvoice.org.uk.

Hannah Quirk argues that the 1994 reforms were ‘a legal tremor – a build up of pressure (rising crime rates, influential lobbyists and political sensitivities) that led to a shift in the tectonic plates of the criminal justice system’. Those shockwaves have been felt around the world. England led the world in establishing the right of silence as part of a fair trial; but Quirk argues subsequently has become ‘a leader in its retrenchment’.
The Rise and Fall of the Right of Silence: Hannah Quirk (Routledge). A version of this article appeared in Criminal Law & Justice.