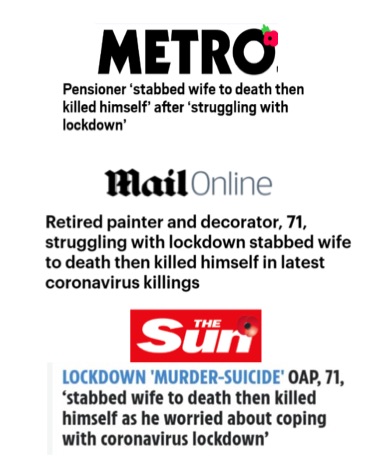 Press coverage of cases of fatal domestic abuse was ‘seriously inadequate’ and often sought to justify the actions of perpetrators, according to the media reform group Hacked Off. A new report calls for the press standards code to be bolstered through the introduction of an enforceable clause to improve the quality of coverage.

In 2018, the anti-domestic violence campaigners Level Up highlighted misreporting and drafted  guidelines to ‘support journalists’ to cover fatal domestic abuse cases. Despite the Independent Press Standards Organisation (IPSO) agreeing to publish the guidelines, Hacked Off pointed out that they had not been enshrined in the Editor’s Code of Practice and claimed the press watchdog ‘consistently’ failed to uphold ‘the standards it claims to enforce’. The new code clause is backed by White Ribbon, Refuge, Centre for Women’s Justice, and WISH.

Recent figures for domestic abuse reveal a 7% increase in domestic abuse-related offences, compared to the same period (March to June) in 2019. With rising media coverage on domestic abuse, the report illustrates how existing reporting ‘guidelines have been ignored’.

For example, the report describes how domestic abuse was ‘justified’ in several stories about the alleged murder of an elderly woman in April due to the ‘stress of lockdown’. Hacked Off highlighted the Mail Online’s story about ‘retired painter and decorator, 71, struggling with lockdown stabbed wife to death then killed himself in latest coronavirus killings’.

The report describeed how this headline took ‘accountability away from the perpetrator’ and gave ‘little indication of the reality of these events’. Level Up Campaign Director, Janely Starling warned how research shows that ‘reports of domestic homicides that reinforce a narrative of romantic “love” can lead to lighter sentencing in court’.