Reflections on the ‘Jungle’ and our response to the refugee crisis

Reflections on the ‘Jungle’ and our response to the refugee crisis

The British media buzz around the ‘European’ refugee crisis has recently taken a dark turn. Following the tragic events in Paris a couple of weeks ago, the commentary in our press has been full of cynicism collating the refugee crisis and extremism.

But let us cast our minds away from the fearmongering to a period of solidarity amongst the British public. Iit is time we took a step back and examined ourselves, lest we forget, Syrians are running away from Daesh (ISIS) too.

Let’s take a closer look at the outpouring of grassroots humanity. Over the past months, groups in the UK and abroad have witnessed an explosive growth of volunteers throwing themselves into the fray.

For a fledgling movement in an otherwise politically abandoned wasteland, you have to admit it’s not bad. Hundreds of individuals – all with partners, kids, jobs, busy lives and little previous experience of charity work – have committed spare hours to mucking in and doing what they can. Whether sorting and labelling strangers’ sneakers, dragging overladen sacks of toiletries through warehouses, or lending a penny to keep the logistical wheels greased, many a Brit has made their mark.

Have we been imbued with a sense of solidarity by Syrians? Are we moved by the tales we hear of those living in the ‘Jungle’ banding together to restore normality to their meagre existence through church services, art groups and building makeshift classrooms and hospitals? Having taken the time to talk to volunteers at a CalAid collection drop in Slough, here’s a sample of their thoughts.

It’s important to acknowledge that these voices belong to an altruistic bunch, yet this piece I hope goes some way to a more complete understanding of British sentiment to the refugee crisis. 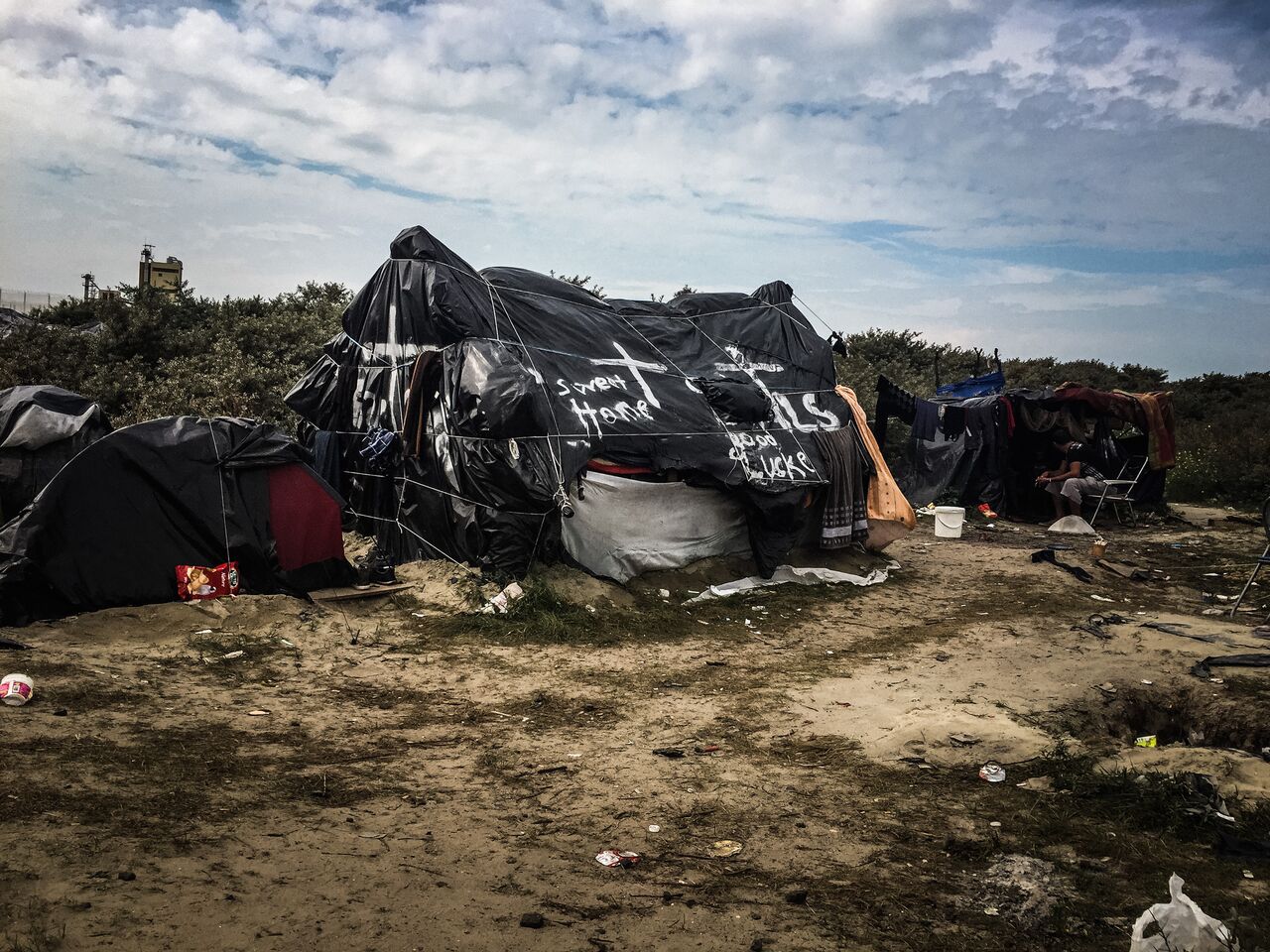 Why this crisis? The world has witnessed its share of humanitarian catastrophes: the Indonesian Tsunami of 2004, the earthquake in Haiti 2010, and again in Nepal earlier this year. Each time the public has jumped into action. Yet, what we are witnessing now is marred by the posturing of politicians on both sides of the channel with their fingers clenched firmly around the purse strings.

‘A lot of the crisis we can’t even touch with our help. There are a lot of walls, a lot of barriers and a lot of slow, bureaucratic pacing: this is the next best thing.’
Donna, activist & volunteer

This pig-headed preference for fear over benevolent leadership has not stopped people like Donna challenging their ‘leaders’ through positive action. Another bag-slinging volunteer, Mike De Roeck, described how the government have been ‘shown up by the electorate, regardless of their politics’.

Could it be that divisive rhetoric at a state level has served to unify Brits irrespective of their politics? Has it spurred on those who see through Theresa May’s ‘economic migrant’ vs. ‘refugee’ zenophobia to feel compelled to give more generously than before.

Humanitarian action is a much-needed but temporary solution to a broader global crisis of displaced persons. Brendan Waterman, a long-standing CalAid supporter took a break from sifting through toothpaste and soap to describe the success of the movement’s collections as a ‘double-edged sword’. The ultimate goal for those uprooted is to return home. But until that becomes possible, Brendan argues, we should our best to help because: ‘We were lucky enough to be born on this land here.’

Lesson #2: Remembering how to connect 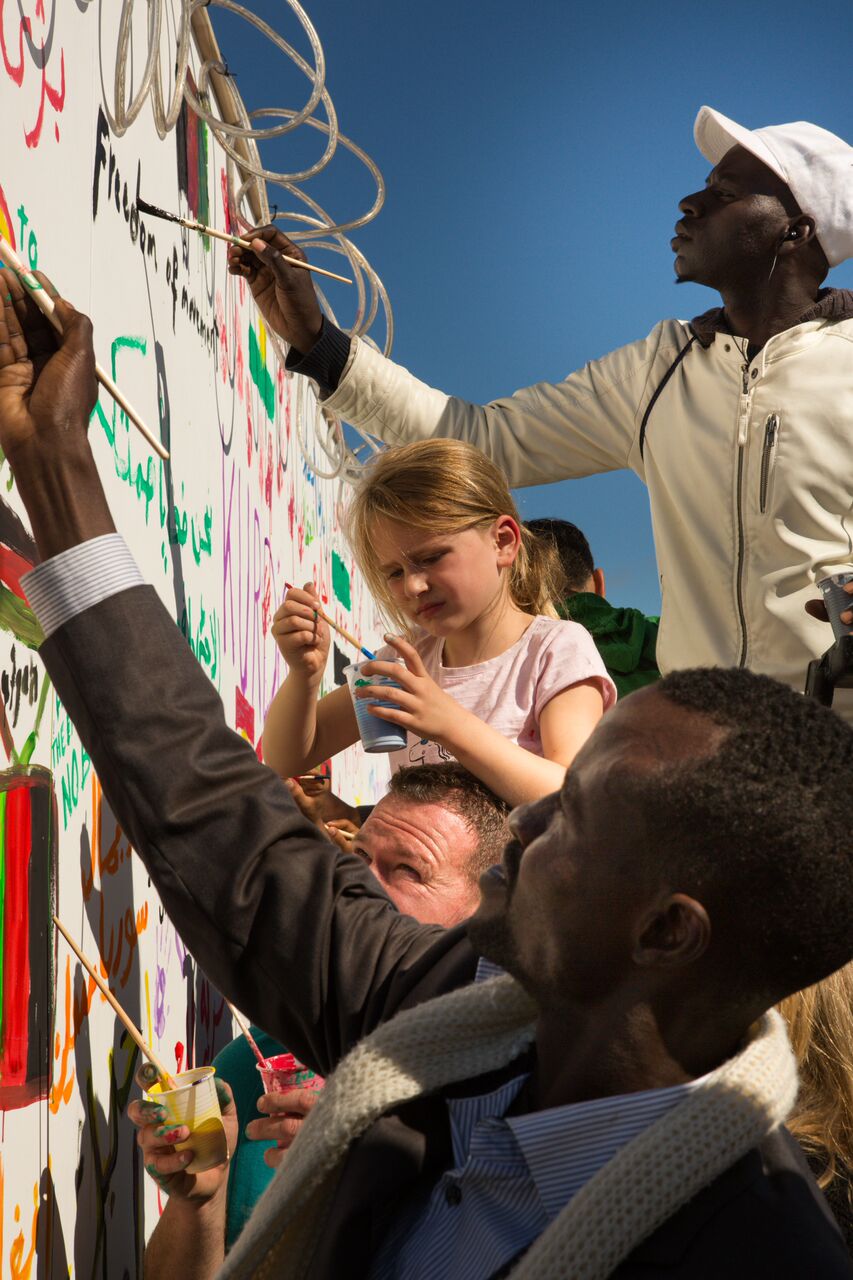 One common theme was ‘connection’. Connecting the powerful resources of volunteer networks to a central hub; connecting refugees to the amenities they need; and connecting with strangers through a space created by a shared desire to support other complete strangers in need.

It is noticeable that most volunteers have next to no previous experience of humanitarian work. But as Henrietta Nettlefold of youth and elderly support charity, Age Unlimited, told me:

‘England has always had a tradition of charity. You grew up thinking that you had to give something back, instinctively.’

Rebecca Austin, a mother and community collection coordinator, explained from the back of a loaded van that this experience would spur her on to do more in the future. Lee Match, also a parent, described how he had been struck with an epiphany about the importance of removing one’s own vanity from the situation. Taking a break, Lee said:

‘I’m happy to be a small cog in this big machine that’s dedicated to doing the right thing. It’s not about getting what I can out of it, it’s about putting what I can into it.’ 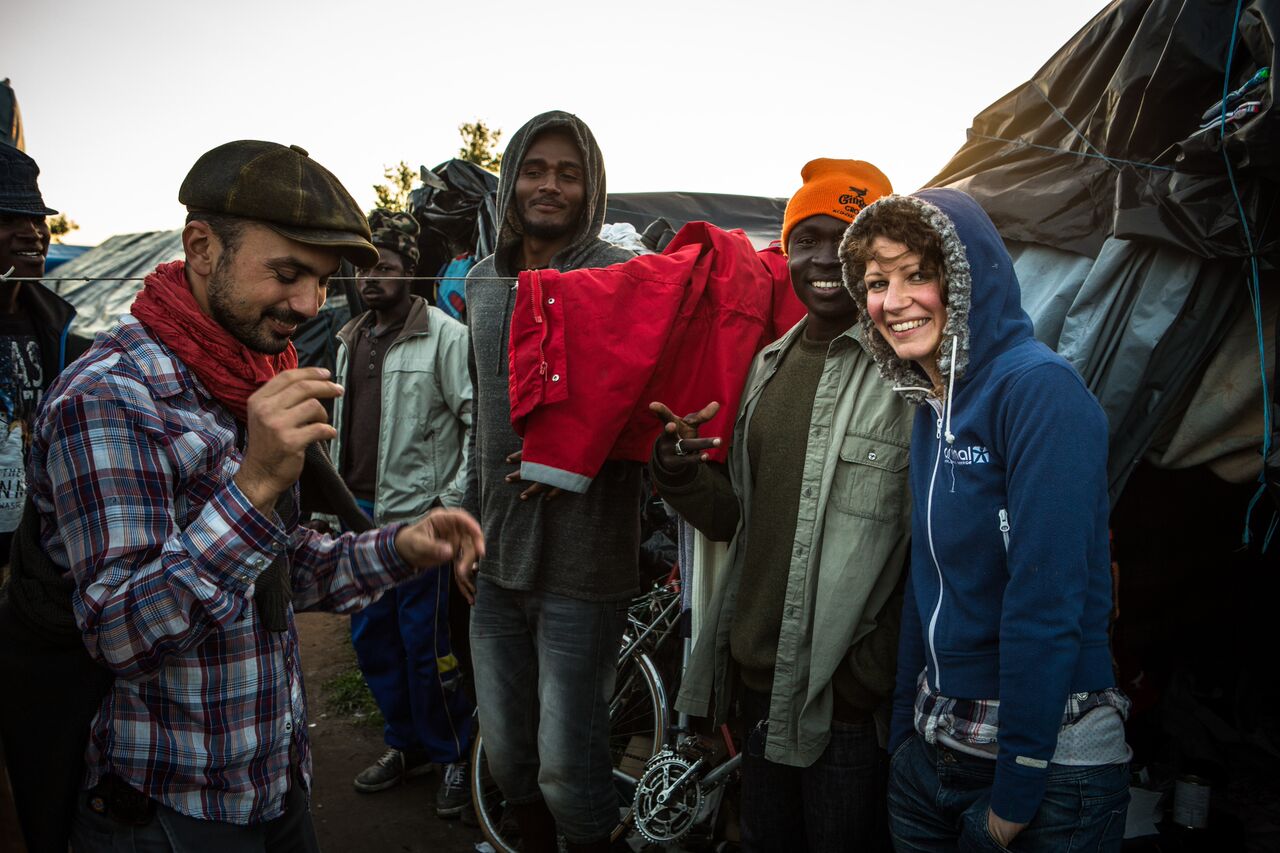 One CalAid recruit told me the story of an elderly couple that had turned up that day to donate who were surprised and thrilled to be invited into the heart of the operation.

‘Once you reveal how well coordinated and networked the process is, and how friendly people are, they (new volunteers) are very enchanted by it. They connect with people and then they want to keep connecting.’ 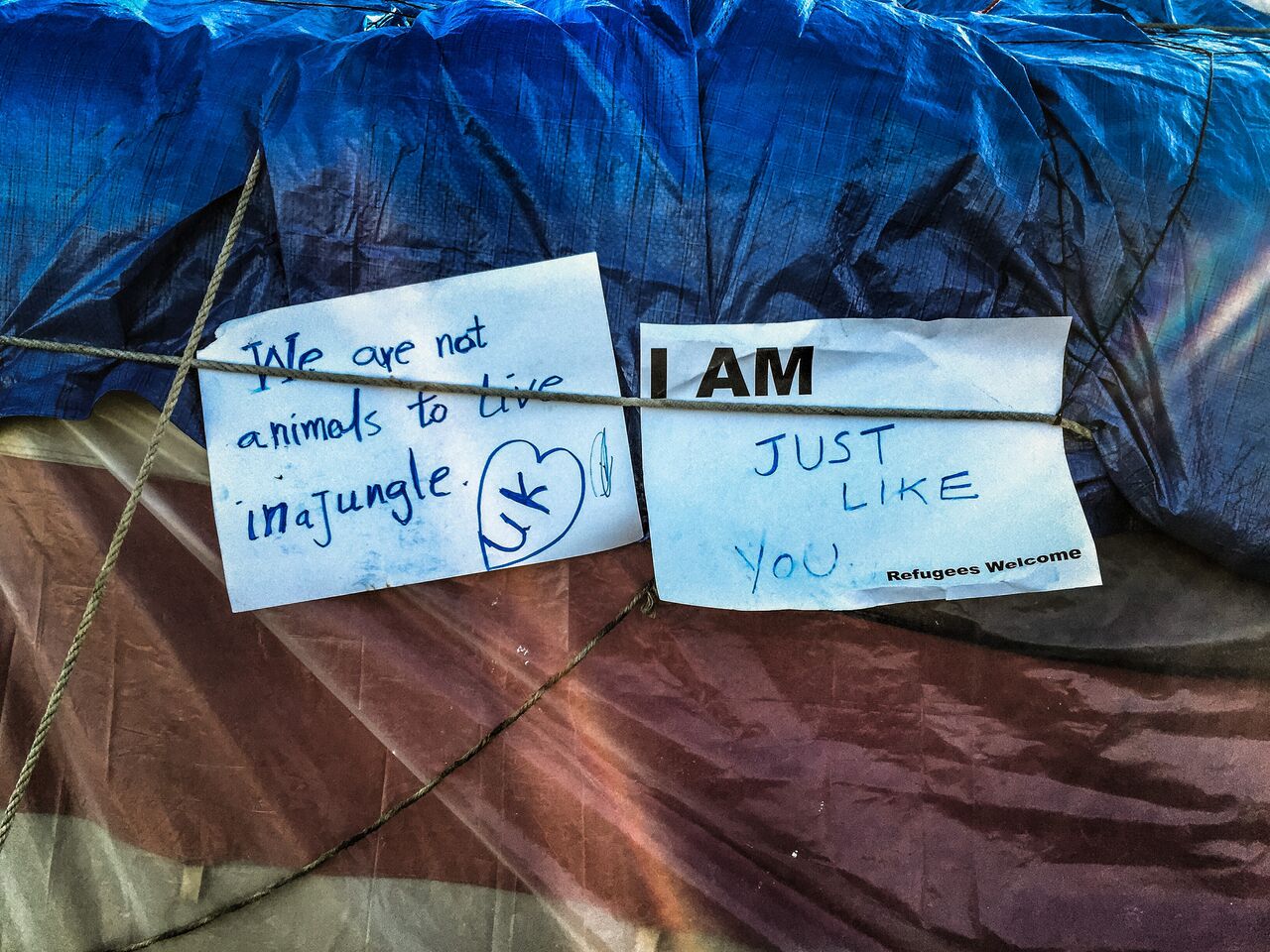 Finally, let’s not overlook the power of reopening lines of communication with the dehumanised ‘swarms of migrants’ on the move across global borders, not only from Syria. This goes to the heart of what we are about, as we collectively strive to awaken Europe to our responsibility to others who are like us but burdened by war and violence.

As demonstrated by every jumper donated, box heaved, and link shared, we won’t deny our responsibility. We are responsible for our failure to provide adequate safe channels to internally displaced persons in dire need of an exit strategy, and for ignoring the reality of a destitute nation on the move.

Forging these bonds is an attempt to recover from a so far disastrous response to a staggering crisis. Telling their stories through the online presence of grassroot projects like ours is an effective way of portraying the individual behind the fleeting news bulletins. We need to keep fighting the misconceptions.

The values of our social fabric have been challenged and found lacking by this crisis. But as Brendan Waterman, one of our volunteers put it: ‘Hopefully, if we put enough noise out there…people will start to relate to it.’

You can read a longer version of this article here. 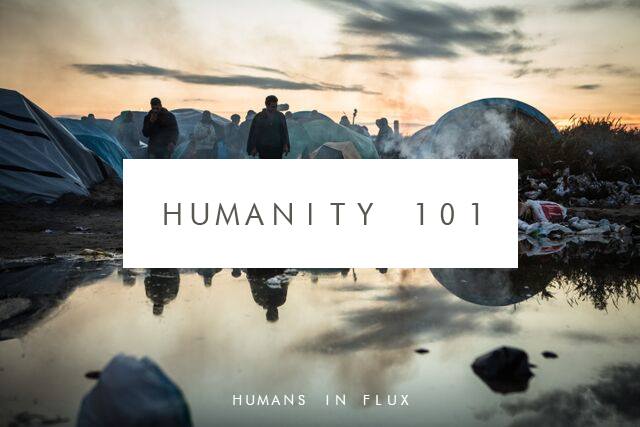 Hannah is a communications specialist with a commitment to women’s rights, human trafficking, modern slavery and immigration. She works for the Refuge Domestic Violence Helpline and the Languages for Good Network. Prior to this she worked as an analyst for Mobile for Development projects in emerging markets at the GSMA

Our print magazine is Proof. Contributors include Michael Mansfield QC, Bob Woffinden, David Rose, Eric Allison and Ian Cobain.
Buy Proof Magazine
The latest issue (Why legal aid matters) includes Helena Kennedy QC and Martha Spurrier in conversation, David Conn on the legacy of Hillsborough - plus how to build your own law centre.
Hannah is a communications specialist with a commitment to women’s rights, human trafficking, modern slavery and immigration. She works for the Refuge Domestic Violence Helpline and the Languages for Good Network. Prior to this she worked as an analyst for Mobile for Development projects in emerging markets at the GSMA

Concerns over suicides of unaccompanied…
Half of refugee women and children would no longer…
‘Unimaginably cruel’: campaigners respond to…
'Nobody wants to go back to a place where they were scared'
A third of asylum seeking women claimed to have been…