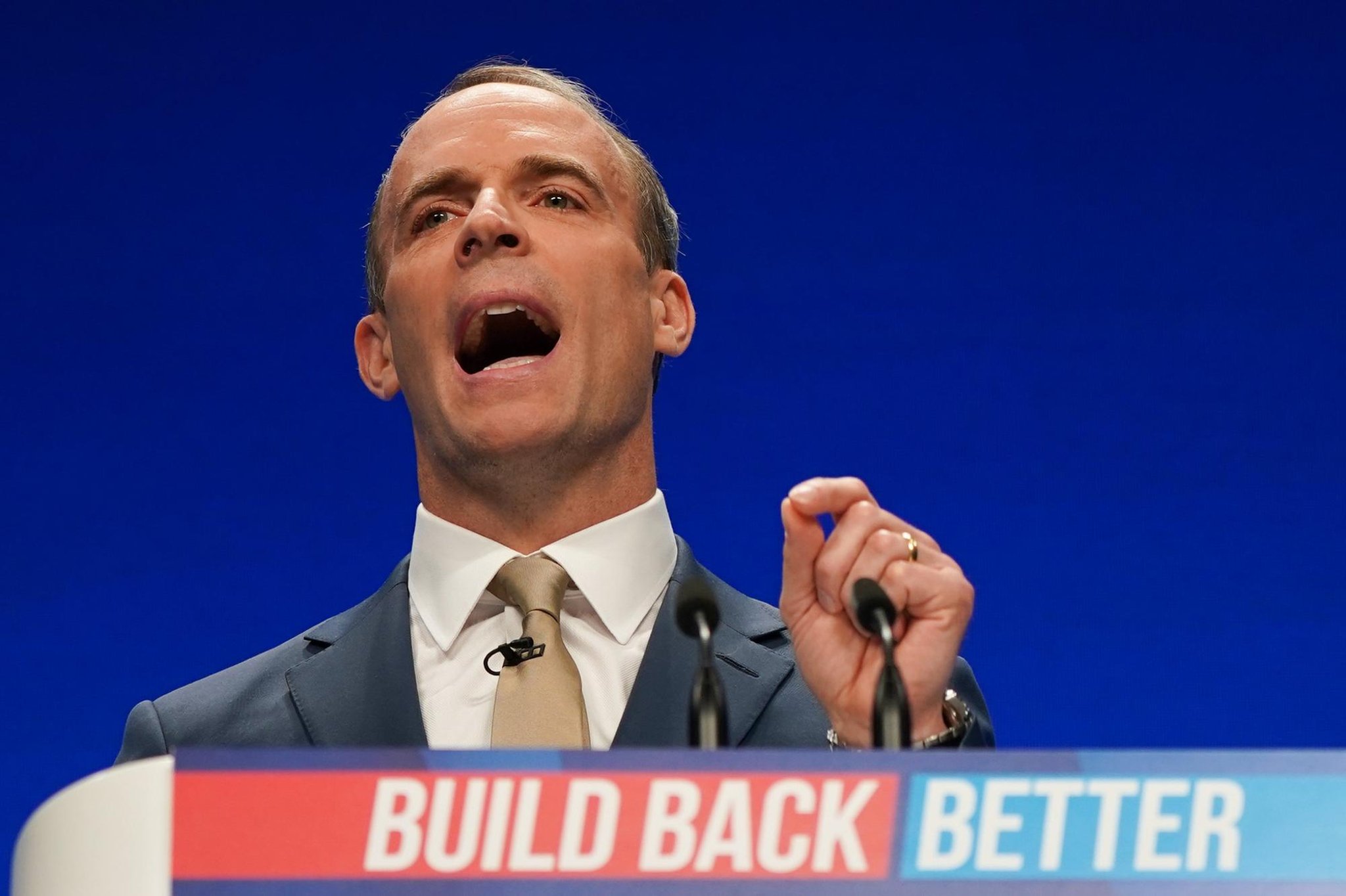 Dominic Raab has vowed to end the ‘nonsense’ of the Human Rights Ac, claiming that the legislation is allowing dangerous criminals to escape justice. Following the recent cabinet reshuffle, the lawyer was ‘demoted’ from foreign secretary to justice secretary and Lord Chancellor as well as accepting the role of deputy prime minister.

In a speech to the Tory party conference, Raab claimed that the action would bring ‘common sense’ to our justice system and confirmed that the government would ‘overhaul’ the Act before the next general election; however he stopped short of saying it would be repealed. The minister attacked ‘criminals abusing human rights laws’ and used the example of a drug dealer who was convicted of beating his ex-partner, hadn’t paid maintenance for his daughter and then ‘successfully claimed the right to family life to avoid deportation’.

Immediately the minister was accused of a ‘cynical’ use of an example of violence against women to justify an attack on legislation that protects women’s rights.

Gracie Bradley, the director of the campaign group Liberty, protested: ‘This is the government using extreme cases to take actions that will undermine the ability of all of us to hold the government to account and ensure our rights are respected.’ Bradley added: ‘It’s really quite cynical of Dominic Raab to be using that example of violence against women, domestic abuse, as justification for overhauling the human Rights Act, when it has been instrumental in ensuring women’s rights.’

Shadow justice secretary David Lammy commented on the claims stating that: ‘After 11 years of Tory Government, court backlogs have reached record levels, violence and self-harm in prisons have soared, rape convictions have plummeted, and many women have lost confidence in the criminal justice system. Yet instead of addressing any of these problems, the new Justice Secretary chose to focus on vague threats to take away ordinary people’s rights.’

Back in 2009, Mr Raab stated: ‘I don’t support the Human Rights Act and I don’t believe in economic and social rights.’

The plans have provoked outrage among campaign groups, with Amnesty saying politicians ‘should not be removing the rights of ordinary people with the stroke of a pen, whilst giving evermore powers to the police and protecting members of the establishment from proper scrutiny’. Raab’s plan to rewrite the Human Rights Act is the latest of recent attempts by key Tory ministers to tackle the legislation which incorporated the European Convention on Human Rights into domestic British law.

Bilan is a Justice Gap reporter and an undergraduate at Royal Holloway, University of London

Our print magazine is Proof. Contributors include Michael Mansfield QC, Bob Woffinden, David Rose, Eric Allison and Ian Cobain.
Buy Proof Magazine
The latest issue (Why legal aid matters) includes Helena Kennedy QC and Martha Spurrier in conversation, David Conn on the legacy of Hillsborough - plus how to build your own law centre.
Bilan is a Justice Gap reporter and an undergraduate at Royal Holloway, University of London