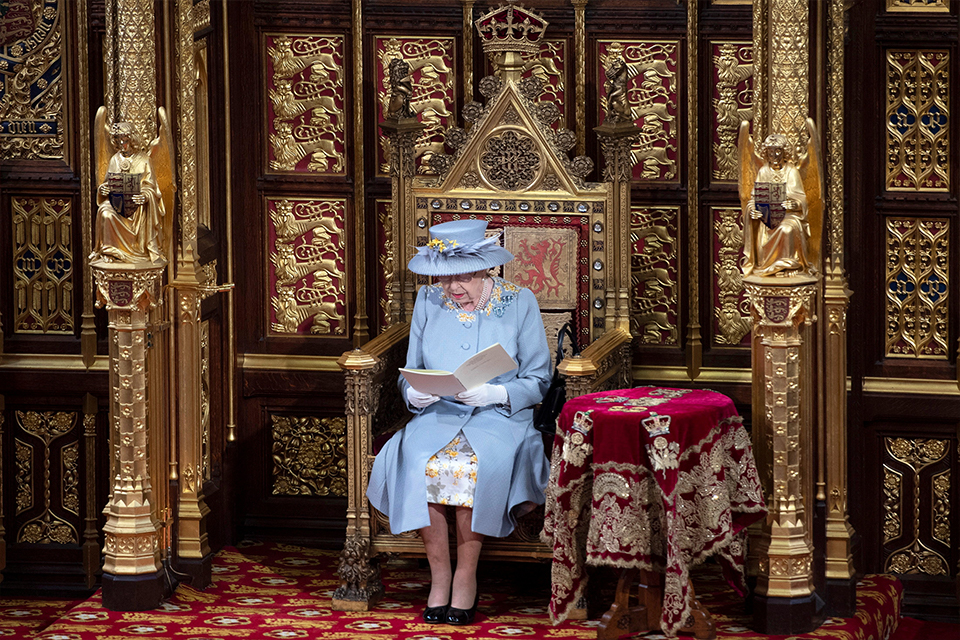 Human rights campaigners have slammed plans for legislation intended to curb immigration appeals, protest and judicial review unveiled in the Queen’s Speech yesterday. The government’s New Plan for Immigration sets out the intention to reduce ‘repeated legal protection claims (often without merit and made at the last minute)’, despite acknowledging earlier in the statement that over half of appeals of immigration appeals are successful.

The Judicial Review Bill will prevent immigrants and refugees from challenging deportation orders via judicial review in the High Court, overturning the Supreme Court’s ruling in Cart v Upper Tribunal. Meanwhile, the government’s policy statement sets out plans for harsher criminal sentences for those deemed to have entered the UK ‘illegally’. Under new legislation, ‘illegal’ entry to the UK will impact on how an asylum claim will progress, and asylum seekers arriving by small boat will receive a new temporary protection status, with limited family reunion rights and no recourse to public funds. This is despite the 1951 United Nations Convention on the Status of refugees, which recognises that people fleeing persecution may have to use irregular means to escape and claim asylum in another country.

Responding to the Queen’s speech, CEO of refugee charity Safe Passage International said: ‘This Government will slam the door shut on refugees seeking protection here if they push ahead with their New Plan for Immigration. This is not who we are as a country – the plan is cruel and ineffective, only serving to benefit smugglers’ bottom line. Instead, the Government must open safe routes to the UK for people seeking sanctuary, which would prevent dangerous journeys and stop people smuggling. Safe routes save lives, reunite families and support refugees to rebuild their lives welcomed by our communities.’

The legislative programme set out in yesterday’s Queen’s speech included the Police, Crime, Sentencing and Courts Bill (here), which will increase police powers to place conditions on protests and criminalise those who breach those conditions, has already been the subject of major protest across the UK. The Bill will set out tougher sentences for serious sexual and violent offences by ending automatic release at the halfway point, increasing the maximum prison sentence for assaulting an emergency worker from 12 months to two years, and extend the Sexual Offences Act 2003 to cover abuse of ‘positions of trust’.

In response to the court backlog, the government says that the Crown Prosecution Service has prioritised charging the most important cases ‘and we have spent over £250 million on courts to roll-out new technology for remote hearings, hire more staff, make the court estate COVID- secure, and set up 60 new Nightingale courtrooms’. It continues: ‘While this has enabled disposals to return to pre-pandemic levels in the Crown Court, which is over 2,000 cases per week, and the completion of more than 7,000 jury trials last year victims, witnesses, and defendants are having to wait too long for their cases to be heard, and the number of outstanding cases has increased substantially.’

The Queen’s speech also included a reference to legislation ‘to ensure the integrity of elections, protect freedom of speech and restore the balance of power between the executive, legislature and the courts’. This follows the controversial consultation on judicial review, which prompted the President of the Law Society Stephanie Boyce to warn that ‘the most controversial proposals would allow unlawful acts by government or public bodies to be untouched or untouchable… . The effect of the proposals would be a fundamental distortion of the protection judicial review is supposed to provide against state action, undermining the rule of law and restricting access to justice.’

Commenting on the proposals outlined in the Queen’s Speech, Shadow Lord Chancellor and Shadow Minister for Justice David Lammy tweeted: ‘The Conservatives are not levelling up the country. They are bringing us down by tearing out the foundations of our democracy.’