‘The problem lies with the Court of Appeal. It always did’

‘The problem lies with the Court of Appeal. It always did’ 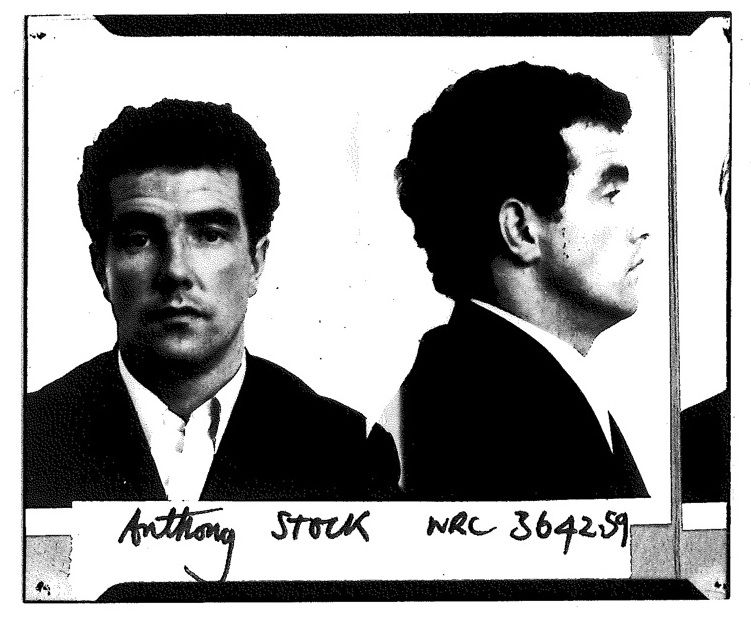 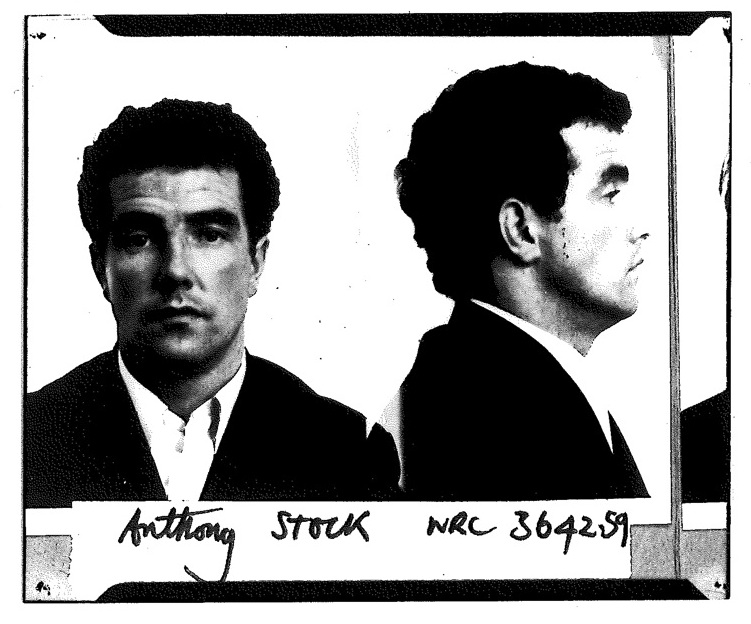 The government’s official law reform body has shortlisted a review of the Court of Appeal’s grounds for allowing appeals following concerns that the judiciary has been failing to get to grips with miscarriages of justice.

This follows the decision by the government to reject the recommendations of a 2015 House of Commons’ justice select committee investigation into the Criminal Cases Review Commission. In September 2015, Michael Gove ruled out acting upon the MPs’ recommendation that the Law Commission should review the Court of Appeal’s grounds for allowing appeals.

Yesterday the Law Commission confirmed that the proposal had been accepted ‘for further consideration’ in its first sift of more than 1,300 submissions. The group is currently in the process of meeting with government departments to ‘assess the potential level of support’ for the proposal. It has called for suggestions that could assist us in their evidence gathering. A final decision will be made in May. 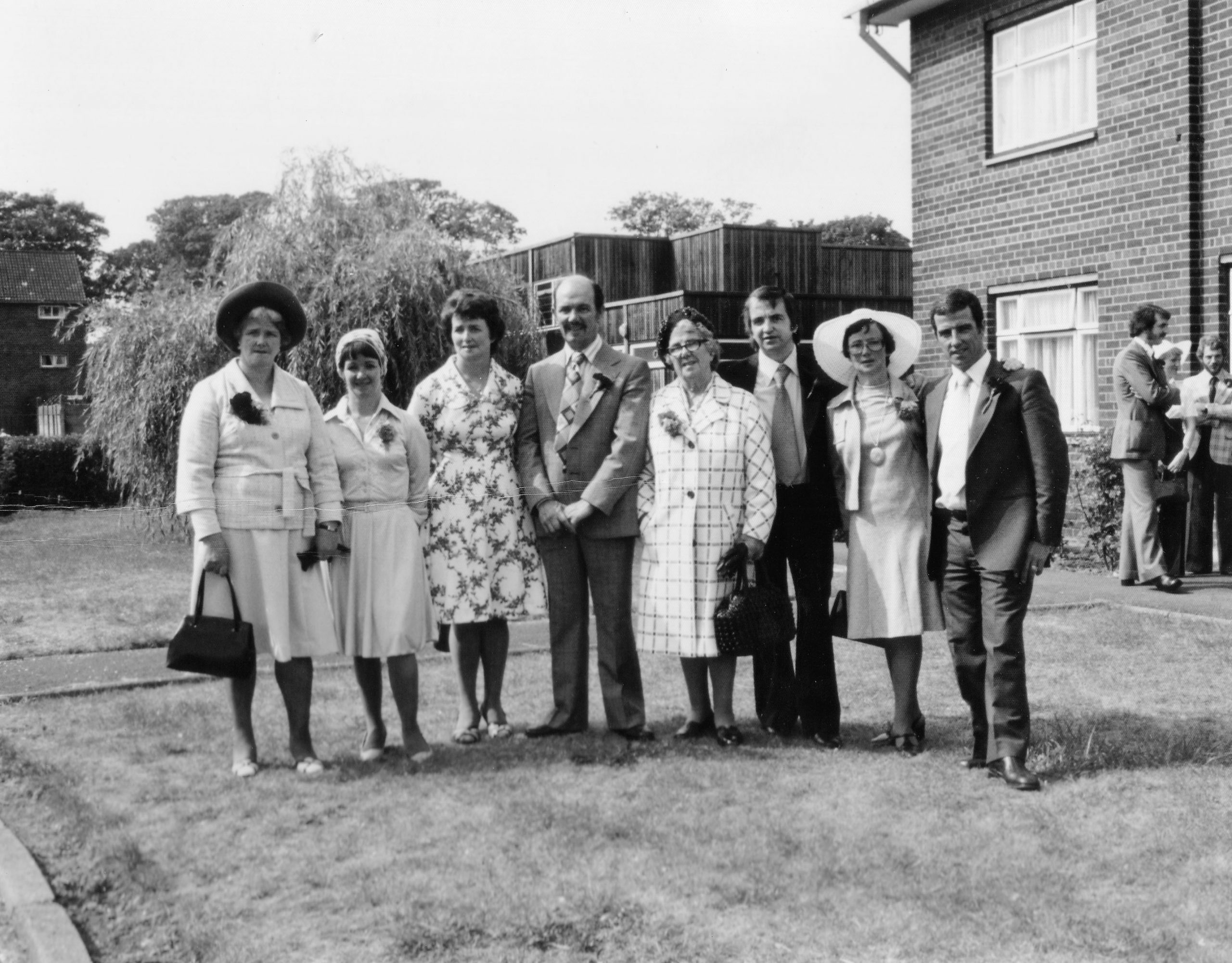 In early 2015 the Justice Select Committee produced its report on the CCRC after an investigation that considered 47 written statements and heard testimony from 12 acknowledged experts (see here).

The most significant recommendation made by the MPs was for the Law Commission to review the Court of Appeal’s grounds for allowing appeals of possible wrongful convictions. The concern expressed by practitioners and academics was that the Court of Appeal was even less willing to get to grips with miscarriages than they were back in the ‘bad old days’ of the Birmingham Six.

In a submission to the committee made by Cardiff Law School Innocence Project which was co-signed by 18 academics, it was argued that the miscarriage watchdog, established 20 years ago this year, had not turned out to be the independent body campaigned for and that was envisaged in the 1993 report of a Royal Commission on Criminal Justice. Instead, it was argued, the CCRC had become ‘a filtering body that largely provides an extra barrier and re-enforcement of the traditional intransigence of the Court of Appeal’. ‘The problem lies with the Court of Appeal. It always did,’ Dr Dennis Eady, of Cardiff University Law School’s Innocence Project, told the committee.

‘The Court of Appeal has always taken the view that they do not want to get involved with jury decisions. They simply wash their hands,’ Michael Zander QC, emeritus professor at LSE, told MPs.

Zander, who was on the Royal Commission that led to the creation of the CCRC, said this has been an fundamental problem since 1907 when the Court of Appeal was set up. The academic’s view was that the Appeal judges have ‘always been wrong’. ‘Committee after committee, including ours, have said [the Court of Appeal] were wrong. They have to grasp the nettle. That is their job—it is a safety net job,’ Zander said.

The CCRC chair Richard Foster confirmed to the Justice Gap that it would welcome such a review by the Law Commission but it added that it had ‘not to date considered any case where it felt that a miscarriage of justice might have taken place but where it has not been able to find grounds for a referral back to the court’s.

Michael Gove rejected the MPs’ key recommendation after having been reassured by a late written submission from the former Lord Chief Justice, Lord Judge. Lord Judge did offer to appear in person before the MPs but, sadly, that offer came too late for the MPs.

‘We note the views expressed by the former Lord Chief Justice, Lord Judge, and we do not believe that there is sufficient evidence that the Court of Appeal’s current approach has a deleterious effect on those who have suffered miscarriages of justice,’ concluded Michael Gove. 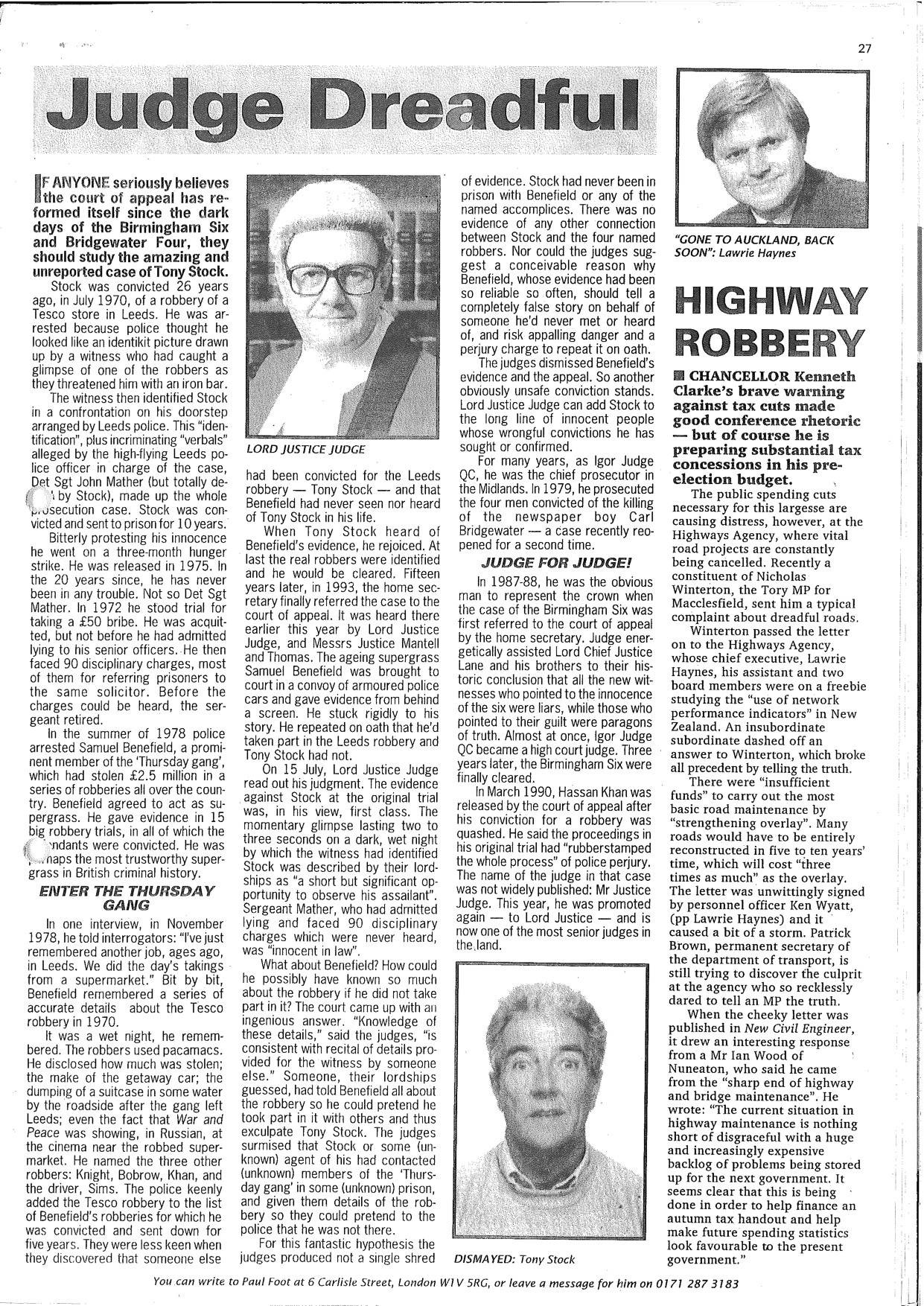 Judge Dreadful: Paul Foot on the case of Tony Stock

MPs on the House of Commons’ justice committee were sent a copy of my book The Fist Miscarriage of Justice on the case of Tony Stock ahead of their investigation. It was paid for by Tony’s brother Alan.

Tony Stock spent 43 years protesting his innocence of involvement in a 1970 bank robbery in Leeds. His case was to go the Court of Appeal four times, as well as the European Court of Human Rights. It was the first case to be referred back to the Appeal court twice by the CCRC.

The Cardiff submission cited the Stock case which, the authors said, ‘symbolises and demonstrates fundamental problems with the criminal justice system’. They quoted an article by Glyn Maddocks, the solicitor who has acted for the Stock family for close to 20 years (‘What does it take to overturn a miscarriage of justice in the UK?’).

‘The Tony Stock case illustrates something that is at the very heart of the problem with miscarriage of justice cases — that is the Court of Appeal’s lack of willingness to engage with (or even recognise) the problem and its often intransigent, often arrogant and dare I say obdurate view that it knows best and is constrained by its own previous decisions, however wrong they may have been.’
Glyn Maddocks

Tony Stock always claimed his innocence and, from the start, many believed that he was an innocent victim of police corruption. Tom Sargant of JUSTICE who championed his cause as early as 1971.

In 1979 it appeared that a terrible miscarriage of justice had been revealed when a member of a gang of armed robbers (the Chainsaw Gang) admitted to the robbery. Samuel Benefield turned supergrass and went on to testify in the cases of some 10 defendants in connection with 50 offences of robbery.

It took 17 years for Tony Stock to appear before the Court of Appeal and when he did it was headed by the now Lord Chief Justice, Lord Judge.

It should have been straightforward. Benefield came to court – under police protection and, fearful of reprisals, bizarrely disguised as an Arab sheik – just to say his gang committed the robbery and Tony Stock didn’t (and nor did he know who Stock was).

The court did not accept Benefield’s evidence. In particular, the court thought that the supergrass’s description of his gang’s return journey was ‘outside any possible contemplation’, so utterly illogical as to completely blow his credibility.

The court didn’t trouble itself with the obvious questions that followed. Why on earth would Benefield admit to a crime that he never committed (and for which a man had already done his time)? Why would a career criminal – an associate of the Krays, no less – go out on a limb for some bloke from Stockton-on-Tees who at the time was fixing vending machines for a living?

The year after that failed appeal in 1996 the CCRC opened for business. The watchdog used its new statutory powers to get its hands on a 1979 report by West Yorkshire Police into the Stock case. This internal investigation was never meant to see the light of day, but even the police accepted the account of the supergrass. Such was the detail provided by Samuel Benefield that it ‘inevitably casts doubt’ on the safety of the conviction, they concluded. The police had no problem with the gang’s return journey.

Stock’s lawyers tried to get hold of it ahead of the 1996 appeal but the CPS blocked them citing public interest immunity. The lawyers challenged them through the courts, only to be told by the Court of Appeal that its contents were ‘either not relevant or not worth fighting for’.

In 2004, the CCRC sent the case back to the Court of Appeal. By this time, there was nothing left of the prosecution case – including that Lord Judge was wrong about the exit route. In the face of incontrovertible evidence (i.e., a copy of a Leeds A to Z), the court accepted Judge’s error. There were no apologies, just this from Lord Justice May: ‘There is little explanation of how the court in 1996 came to think as they did.’

The CCRC referred the Stock case back to the Court of Appeal again in 2008 – the Court of Appeal no only rejected the case but gave the commission a dressing down. A posthumous application from Stock’s family is expected to g back to the commission this year for an unprecedented third referral. The Stock has been described by the CCRC’s former head of investigations and ex head of Essex CID ‘a self evident miscarriage of justice’.

No one believes Tony Stock did the 1970 robbery – except apparently the Court of Appeal.