Privatising prisons: a step too far?

Privatising prisons: a step too far? 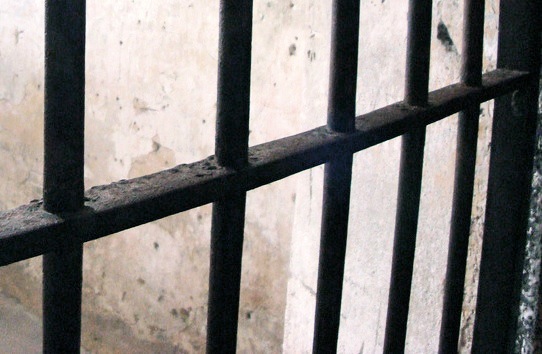 ANALYSIS: The UK currently has the most privatised prison system in Europe, writes Michael Teague. Is privatisation the answer to our overcrowded prison system? Pic credit: Alberto.

From April 2012, no fewer than 14 out of the 139 prisons in England and Wales will be managed by private companies. In December 2011, more than one eighth of our entire prison population (some 11,446 prisoners) were incarcerated in privately-managed prisons. We already lock up a significantly higher proportion of inmates in private prisons than the USA – the nation that many consider to be the heartland of privatised incarceration. Less than one in 10 of all US inmates are in private prisons.

Rehab revolution
The number of privately-held prisoners is set to climb still higher in the months to come. The Prison Reform Trust has estimated that up to a quarter of the entire inmate population of England and Wales could be incarcerated by private sector jailers by 2014. Is privatisation the answer to our overcrowded prison system? Private incarceration’s capacity to grow shareholder profits while saving taxpayers money is presented as attractive in an era of acute fiscal tightening. Hansard confirms that in 2010-11, a total of £328.1 million was paid to privately-managed prisons.

Private prison companies represent themselves as both efficient and professional, but they are also highly profitable. As Baroness Vivien Stern observed in 2006, privatisation was ‘mainly designed to reduce the unit cost of a prison place and introduce fear as an element in the management of prison staff. It is not in any sense an experiment in prison reform.’

This view is not shared by the architects of the Conservative-Liberal Democratic coalition government’s so-called ‘rehabilitation revolution’. A 2008 Conservative Party policy statement put it thus: ‘The old monopolies in the prison and probation system need to be opened up to create a far more diverse range of suppliers of criminal justice services.’

The three private companies who manage UK prisons are G4S, Serco and Sodexo. They function in what is a competitive global market for privatised imprisonment. All have contributed to breaking the ‘old monopolies’.

The current administration has followed previous Labour governments in supporting private sector prisons. Privatised incarceration has prospered has under the governments of both the right (Cameron, Thatcher, Major) and the centre left (Blair, Brown).

Under lock and key
England was the first country in Europe to use private prisons. What was then Group 4 Remand Services Limited opened the UK’s first privately managed prison, HMP Wolds, in 1992. Private prisons were rapidly established under the government’s Private Finance Initiative (PFI), which allowed public projects to be funded by private capital. As shadow Home Secretary in 1993, Tony Blair unequivocally opposed privatised incarceration. He asserted that ‘people who are sentenced by the state to imprisonment should be deprived of their liberty, kept under lock and key by those who are accountable primarily and solely to the state’.

For a brief period following Blair’s landslide victory in 1997, it appeared that prison privatisation might be reversed. New Labour insisted in opposition that they would return prisons to the public sector. The then shadow Home Secretary Jack Straw even labelled private jails as ‘morally repugnant’. However, private prisons continued to expand as Labour’s ‘modernising’ agenda gained traction. Within a decade, England and Wales had eleven private prisons.

A 2003 National Audit report on PFI prisons found that despite some evidence of good performance by some PFI prisons, they performed less well in safety and security. There were relatively high levels of assaults, and prisoners expressed concerns about personal safety due to the relative inexperience of private staff. A high turnover of staff contributed to a lack of consistency and poor continuity of care for prisoners. Sachdev, writing in 2004, found that UK private prison contractors reduced labour costs by slashing pay, extending hours, cutting holidays and downgrading pensions.

While the Ministry of Justice has attested that privatisation was necessary to ‘meet the specific needs of each individual offender’, how these needs may be better met in privately managed prisons given these ratios is unclear.

Questioned about the national ratio of prisoners to prison officers, prisons and probation minister Crispin Blunt told parliament in 2010 that the ratio of prisoners to prison officers in public sector prisons in England and Wales was one officer to 3.03 prisoners. The comparable ratio in private prisons was one officer to 3.78 prisoners. This may suggest that more individualised personal intervention is available in public sector prisons. Private prisons have also locked up a higher percentage of their inmate population in overcrowded accommodation than public sector prisons every year for the past thirteen years.

The ethical dilemma associated with privatisation was delineated by Sir Nigel Rodley, the ex-United Nations Special Rapporteur on Torture, a decade ago:

‘[The] profit motive of privately operated prisons … has fostered a situation in which the rights and needs of prisoners and the direct responsibility of states for the treatment of those they deprive of freedom are diminished in the name of greater efficiency.’

Up for tender
We are also now approaching large-scale privatisation of policing, with two of England’s biggest police forces (West Midlands and Surrey) inviting tenders for a contract which will allow private companies to investigate crime, detain suspects and patrol the streets. At £1.5bn over 7 years, the deal makes the previous £200m contract between G4S and Lincolnshire police to run a police station look like chickenfeed.

Probation, too, has also experienced the imposition of a market-driven environment. When a private company like G4S advertises for probation officers, it is clear that a sea change is occurring within the justice system.  Probation – notwithstanding its long history of embracing the rehabilitative ideal – amounts to a business worth some £820 million each year. With 233,000 people subject to supervision by probation staff (either on probation or parole), there is the potential for significant profit.

The Ministry of Justice’s newly published consultation Punishment and Reform: Effective Community Sentences outlines plans to allow private companies and charities to manage a range of services currently provided by probation. This includes some direct offender supervision. Electronic tagging, too, is booming. The Financial Times estimated that has tagging represents a £1 billion market in the UK. The ubiquitous G4S and Serco are heavily involved here too.

Colin Moses, ex-Prison Officers Association chair, has observed that ‘it is the state’s responsibility to imprison its citizens, and not profiteers’. The impact of the drive to privatise has long been evident in prisons. Competition for the running of criminal and community justice services – prisons, policing and probation – reflects the inexorable process of ideologically driven marketisation. A relentless process of transforming our criminal justice system into a competitive market place in which the attainment of financial return, rather than social justice, is the primary driver is well underway.

Michael Teague is a criminologist at Teesside University.

Our print magazine is Proof. Contributors include Michael Mansfield QC, Bob Woffinden, David Rose, Eric Allison and Ian Cobain.
Buy Proof Magazine
The latest issue (Why legal aid matters) includes Helena Kennedy QC and Martha Spurrier in conversation, David Conn on the legacy of Hillsborough - plus how to build your own law centre.
Michael Teague is a criminologist at Teesside University.