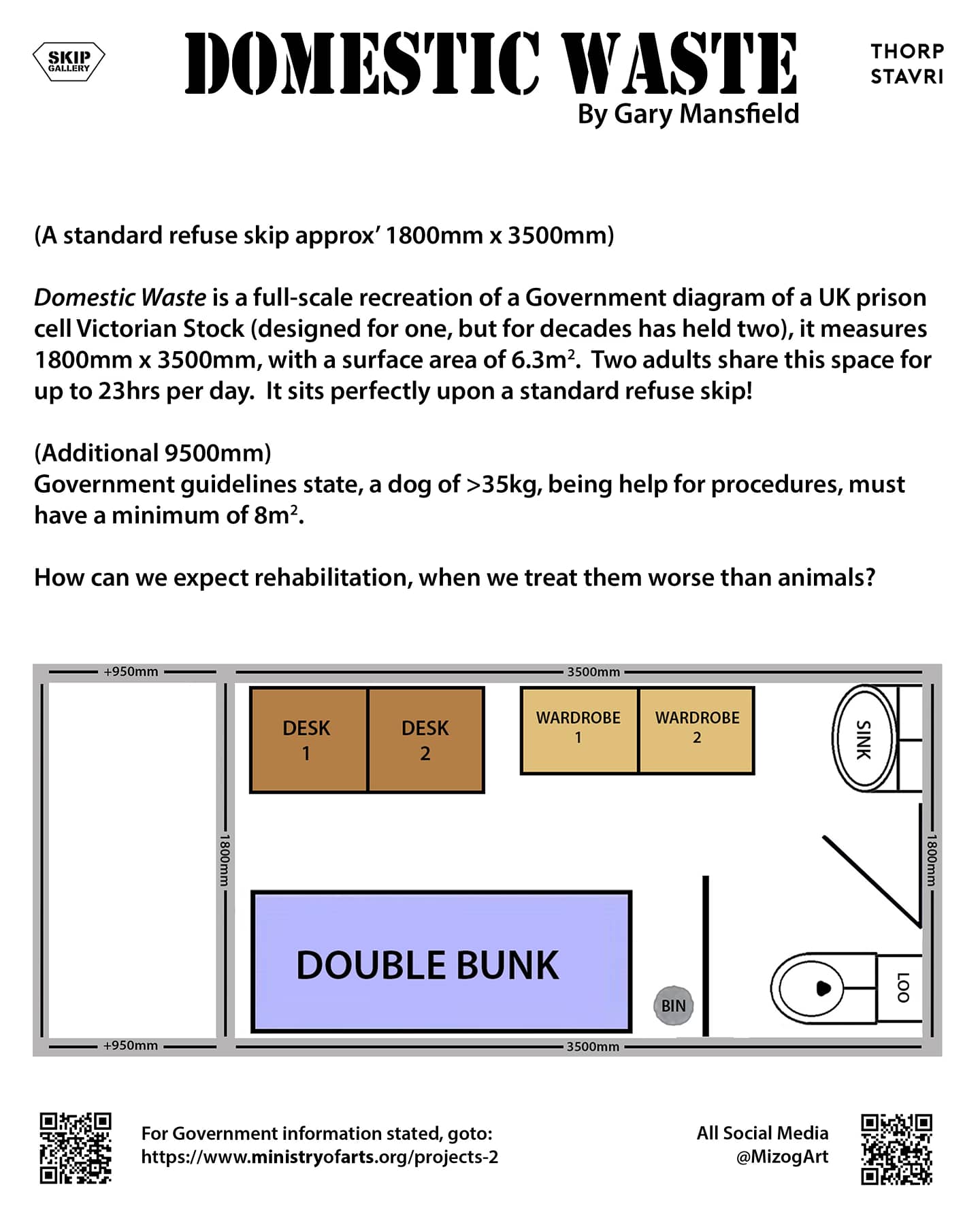 Prisons will run out space by 2023 as ‘an already stressed prison system’ fails to keep up with government plans to clear the court backlog. The Prison Governors’ Association (PGA) has written to the new Lord Chancellor Dominic Raab to express ‘grave concerns for the safety, health and wellbeing of all who live and work in our prisons’.

‘The prison population is rising week on week with Covid restrictions still in place across the court and prison system. What will happen when these are removed?’ asks the PGA. The group flags up the government’s determination ‘to ramp up court recovery due to a backlog of 60,000 cases’.

‘Government policy is expecting an already stressed prison system to expand at pace,’ the group continues. ‘New builds will not keep pace with the increase in population and the PGA understand that by 2023 we will run out of spaces.’

‘During the last decade, prisons faced unprecedented cuts, without the corresponding reduction in prison population. This created the most unstable environment for staff and prisoners as evidenced in MOJ quarterly safety statistics, which broke records each time they were published. Demographics of prisoners has changed in recent years, with a younger, more volatile population, less responsive to authority. Their expectation from the system is significantly greater than it was several years ago.’
The Prison Governors’ Association

The group says that the provisions under the Prisons Act 1952 allowing inspectors to ‘certify’ cells as appropriate for confinement ‘out of date and results in prisons which are overcrowded and unsafe’. ‘It focuses on cell certification but fails to consider what other accommodation is required to support and maintain safe, decent and rehabilitative regimes,’ the group says.

DOMESTIC WASTE I have recreated a full-size prison cell (for 2 adults) in a standard skip as I discovered both are 1.8m x 3.5m (6.3m²). I later found legal requirement for a 36kg dog was 8m²! full details here https://t.co/uqzpBM1PWA pic.twitter.com/7Yt4ozgW66

The government’s programme to clear the backlog would have ‘an immediate impact’ on local prisons which are already ‘our most challenging, poorly resourced, unstable and often offer the worst standard of accommodation’. Most prison subject to the government’s urgent notification scheme, which enable HM Chief Inspector of Prisons to directly alert the Lord Chancellor if he has concerns about a prison, has been placed on reception Prisons including Chelmsford, Liverpool, Birmingham, Bristol and Nottingham. ‘These prisons will be at the front end of court recovery and are expected to receive from courts without locking out,’ the PGA says. ‘This will create a high churn population, which in turn will create significant stability issues.’

The group points out that ‘during the period of austerity’, the pay and rewards for prison staff was ‘significantly reduced’. The service was seeing ‘a record number of resignations amongst uniform staff, a decrease in applications to join the service and this is against a backdrop of record vacancies in the country’. ‘Currently recruitment cannot keep up with the level of prison officers leaving,’ it adds.Yours sincerely,

Covid-19: Pregnant women and young mothers to be…
Most prisoners spending ‘at least’ 23 hours a day in…
Prison population expected to hit 99,000 in five years
Raab wants prisoners to have internet access in…
Ministry of Justice ‘besieged on all sides’ and…