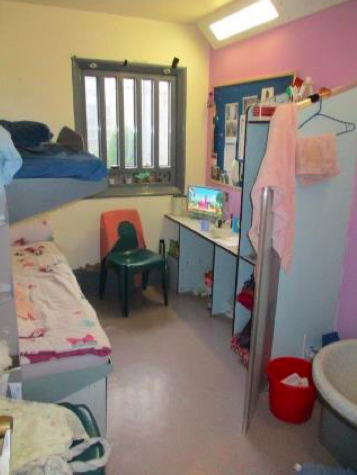 Prisoners complained of the toll on mental health of being locked in a cell for 23 hours every day in the inspection of a resettlement prison holding 317 women. Charlie Taylor, HM Chief Inspector of Prisons, reported that HMP Peterborough, a private prison run by Sodexo, had returned to a restricted regime in January. ‘The regime was predictable but, at best, most women could only achieve a maximum of one hour and 15 minutes out of their cell each day and this was often curtailed,’ he said.

‘Women repeatedly described the debilitating impact that being locked in a cell for about 23 hours every day was having and the toll it was taking on their mental health and emotional well-being,’ Taylor wrote. ‘Some even told us they had considered suicide.’

The report noted that inspectors found the prison to be ‘safe, calm and well ordered’ with levels of self-harm lower than they were pre-COVID-19. The report pointed out that anti-ligature clothing was used more frequently than at other women’s prisons. ‘We were not persuaded that this was always necessary,’it added. Only 15% of women said it was easy to see a mental health worker and just over half of women (51%) reported that a member of staff had spoken to them in the week prior to inspection to check their well-being. The report described this as a “particular concern” because of the limited regime.

The restricted time out of cells gave women ‘a very tight window in which to shower, clean their cell and access the electronic kiosks’ though which they could book visits, order telephone credit and shop. ‘Women repeatedly told us that 30 minutes was not enough time,’ the report said. ‘This was further compounded by the queues for kiosks. Many women were frustrated and anxious about not having the opportunity to do everything they needed to.’

In the previous six months, Peterborough had released 276 prisoners with more than a third homeless on release or in short term housing (16% had ‘no fixed address’ and 20% into ‘short-term transient accommodation’).  Around a quarter of prisoners had been released late, with the longest of 91 days, due to issues surrounding accommodation.

Overall, inspectors found that the prison ‘treated the women respectfully, although there was evidence to suggest that there was much more to do to embed an approach that considered more fully the trauma many women had experienced and which is so often linked to their offending’.

More than half of prisoners at Belmarsh spent 23 hours a day…
Prisoner goes seven months without shower at HMP…
Prisoners waiting for more than two months for routine GP…
HMYOI Wetherby: ‘lack of will’ by MoJ causing ‘unnecessary…
HMP Brixton: 'a prison in trouble'