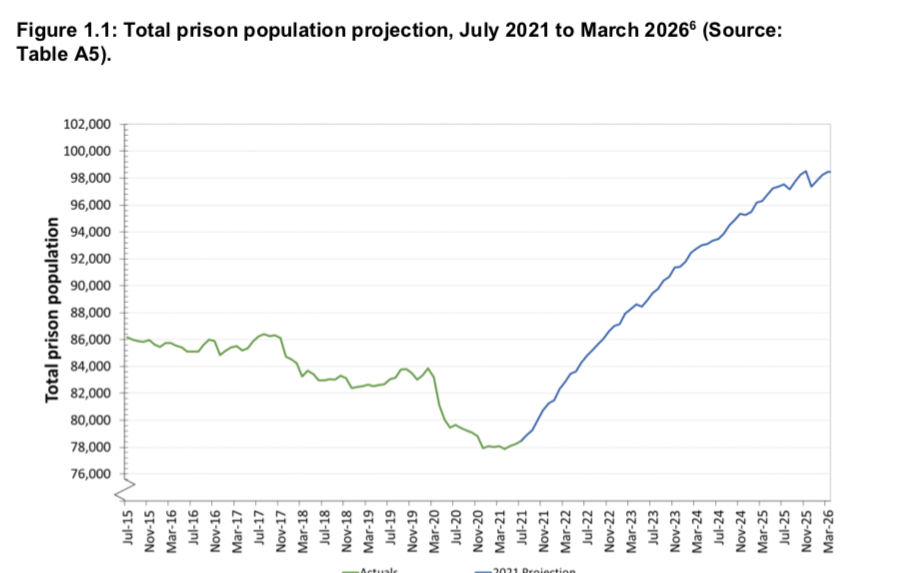 The prison population is projected to increase to 98,500 by March 2026, according to the latest statistics from the Ministry of Justice. ‘This is largely a result of the recruitment of an extra 23,400 police officers, which is likely to increase charge volumes and therefore increase the future prison population,’ reports the MoJ.

The prison population in England and Wales was 79,580 as of this month. It is projected to increase in the short term, rising to pre-COVID (February 2020) population by July 2022, then keep increasing steadily to reach 97,500 prisoners by July 2025.

There was ‘considerable uncertainty’ around how the courts might recover from COVID-19 as well as the impact of extra police. The projection also incorporates the estimated impact of policies in the Police, Crime, Sentencing and Courts Bill, including provisions for changing the automatic release point for violent and sexual offenders.