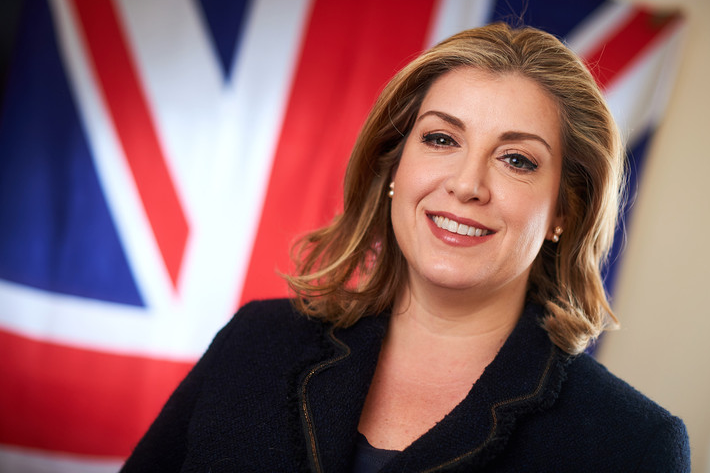 A hallmark of a civilised society is how it upholds its laws, values and principles. A strong, confident government rests firmly on them, not forsaking them for the merest glimmer of an opportunity. In contrast, a weak one will abandon them at the drop of a hat, quick to seize a short term gain, even if it means a long term sacrifice. The United Kingdom is increasingly becoming the latter.

This week’s revelation that Ministry of Defence policy has been quietly rewritten in order to allow information obtained through torture to be used by ministers, if the gains justify the harm, shows how detached from our principles we are becoming. The defence secretary, Penny Mordaunt this week vowed to review internal guidance on the sharing intelligence derived from torture.

In the aftermath of 9/11, the UK had a morally grey, verging on black, approach to torture, exposed through a number of scandals, such as the treatment of Binyam Mohammad. This policy, which acknowledged the absolute prohibitions against torture in international and domestic law, also provided for ‘senior management’ to ‘balance the risk of mistreatment and the risk that the officer’s actions could be judged to be unlawful against the need for the proposed action’. Such an outcome-oriented approach clearly and knowingly disregarded the UK’s public stance on torture, with the guidance explicitly noting that the discovery of such practices would harm the reputation of the security agencies.

The rewritten Cabinet Office guidance, published to great fanfare by David Cameron in 2011, took an unequivocal stance, one which properly upheld the UK’s domestic and international obligations. It stated that the UK does not ‘participate in, solicit, encourage or condone the use of torture’, with no caveats or exceptions written in that would justify its use in extenuating circumstances. Instead, the guidance acknowledged the role that the UK played on the global stage, and the need for it to walk the walk, behaving in a way that is ‘consistent with the lead the UK has taken in international efforts to avoid torture’.

That the UK government has quietly regressed, permitting a return to past practices, is deeply concerning, not only in this specific instance, but for rights generally. We are living in a time of populist upheaval across the globe, with a corollary tendency for rights to be tossed onto the bonfire of popular opinion in exchange for a moment of warmth. Across the pond, Donald Trump has appointed Gina Haspel as director of the CIA, a woman involved in some of the most noxious interrogation practices at CIA black sites; and meanwhile, Penny Mordaunt, our new Minister for Defence, has proposed an amnesty that would insulate soldiers who served in Iraq and Afghanistan from prosecution for war crimes. Consequently, unfortunately, this latest disclosure is not an isolated incident, but rather a symptom of a pervasive lack of respect for rights within the government.

Where the UK has been questioned on its defence of human rights, the UK government has been recalcitrant. Last year’s publication of the UN special rapporteur’s preliminary findings on poverty in the UK saw Philip Alston condemn the austerity policies of the government as devastating for the poorest in society, violating their rights and leaving them dependent on food banks and charity, yet was met with a shrug; whilst there has been little acknowledgement of yesterday’s report from Human Rights Watch, which eviscerated the government for allowing children to arrive at school ‘hungry and unable to concentrate’. Yesterday saw the release of Alston’s final report on poverty in the UK, and the government’s response will be indicative as to how seriously it is taking this onslaught, and whether it will accept the need for remedial action.

Whilst this is concerning, we should not abandon all hope, insofar as the institutions at the heart of the constitution are still fundamentally functional. Although the government may be slow to respond to pressure from outside agencies, the courts have been an effective bulwark in supporting rights. For instance, the increase in court and tribunal fees, the ‘hostile environment’ treatment of highly skilled migrants, and the bedroom tax have all been found wanting by the courts, with steps taken in each instance to remedy the violations.

The Supreme Court has similarly recognised the risk which rights are under, particularly those contained in the European Convention on Human Rights. In Evans v UK, the Supreme Court found that the rights protected in the ECHR had diffused into the UK’s common law, going some way to insulate rights from a future government attempting to withdraw from the ECHR or to overturn the Human Rights Act. This is a threat that is becoming much more real, with candidates for the imminent vacancy at the top of the Conservative party, such as Dominic Raab, having expressly called for the UK’s revocation of the HRA, and with frontbenchers, such as the aforementioned Penny Mordaunt, suggesting that we should suspend its application in war zones.

This does not mean that we should have wholehearted faith in the courts to protect the nation’s morality. In most instances, the conventional force which judgments exert means they are obeyed, especially when coupled with the moral opprobrium that would likely follow from any refusal. However, examples like prisoner voting, or abortion rights in Northern Ireland show how, when public opinion is opposed, or when the issue is controversial, the government and legislature may find that the balance falls in favour of denying the rights, not of upholding them.

The current inflamed nature of political discourse means that positions and policies that would have previously been beyond the pale are normalised, looking anodyne in contrast to the virulent policies that have supplanted them at the extremes. Moreover, the benefits of playing to the choir, winning support through castigating the least popular members of society, can seem alluring to a government in desperate need of public support. The institutions at the heart of society, from the media to the courts, must be alert to this risk, and play their part in the defence of our principles and values, ensuring that the creep of rights infringement is prevent from casting an ever greater shadow over the state.

Election 2019: 'Populism is the order of the day'
'We need the courts to put an expansive executive…
'Shameful and inexcusable': No public inquiry into…
Stepping up to the mark
'Northern Ireland's abortion laws would make most…