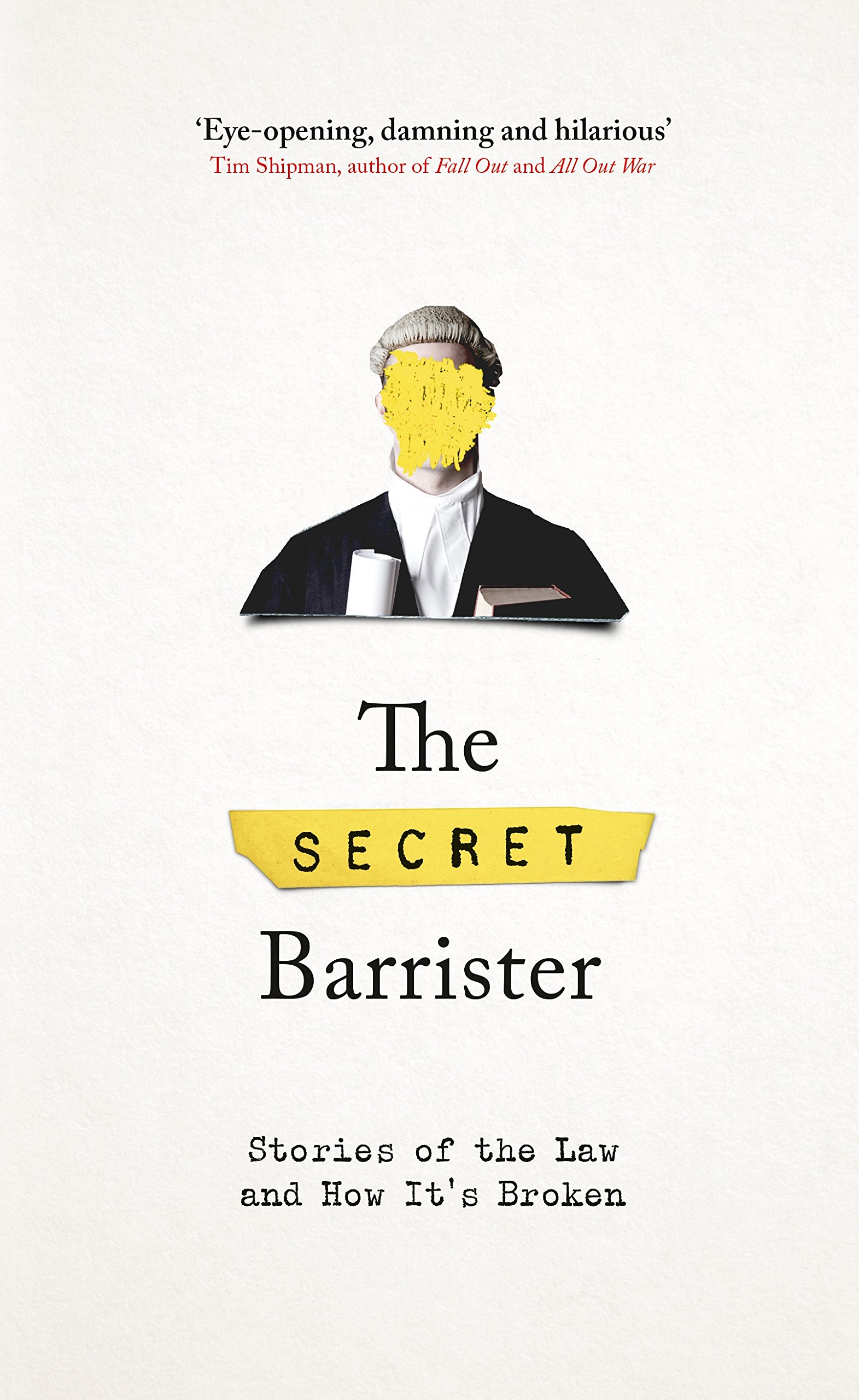 REVIEW: At the start of Michael Gove’s brief and hopeful tenure as Lord Chancellor he said the UK has a two-tier justice system, favouring the rich at the expense of everyone else.

The waste and inefficiency inherent in such a system are obvious. But perhaps even more unforgivable is the human cost. It is the poorest in our society who are disproportionately the victims of crime, and who find themselves at the mercy of this creaking and dysfunctional system.

Women who have the bravery to report domestic violence, assault and rape. Our neighbours who live in those parts of our cities scarred by drug abuse, gangs and people trafficking. These are the people who suffer twice – at the hands of criminals and as a result of our current criminal justice system.

This would serve as a précis for the Secret Barrister’s eponymous and anonymous account of the multi-vehicle pile-up that our criminal justice system has become.

Anonymous it may be, but I and every criminal advocate are the Secret Barrister – just as 10,000 Roman slaves are all Spartacus.

SB has written the story of my professional life as a lawyer. It is an accurate and fair account of what happens in our criminal courts, shot through with distress and anger that we now inhabit the unsavoury ruins of what was once a proud and admirable system of justice. It is not an uplifting read, but it is full of compassion. It will open the eyes of those lucky people who never see in the inside of a criminal court. They need to know what is being done by the state when it puts both defendants and witnesses, not to mention lawyers and judges, through the process. SB rightly diagnoses the root of the problem as the convergence of reduced resources and administrative, target-driven priorities over justice and humanity.

Throughput, pile-em-high-sell-em-cheap are the imperatives. Justice and humanity get squeezed out.

The rot starts at the top – or at least a failure of nerve fails to stop it. One example, which I believe exemplifies a dangerous and subversive trend: SB identifies the failure to inform defendants of the details of the case against them as a potent source of injustice in the Magistrates Court, where 94% of all cases start and finish.  The Criminal Procedure Rules Committee – a group appointed by the Secretary of State and the Lord Chief Justice that meets in private to make and change the rules govern the day to day operation of the criminal courts –  are responsible for limiting what a defendant needs to be told about the case against him.

There are only meant to be two hearings – one to take a plea, the next to have a trial or pass a sentence. Under Part 8 of the rules you get ‘initial details’, which may or may not include the evidence that shows you are not guilty. If you taken to court from custody, all you get is a police summary – often inaccurate, as SB rightly states – and your criminal record. If you’ve been on bail, you get more, but limited by what ‘the prosecutor then has available and considers material to plea, or to the allocation of the case for trial, or to sentence’. You are to get them ‘no later than the beginning of the day of the first hearing’ – great! – when there won’t be time for you or your lawyer to respond to the allegations against you. You won’t be allowed a meaningful adjournment – maybe a begrudged 15 minutes.

If anything, SB is too sparing on the architects of this system, which values throughput above individual justice, and does everything it can to extract guilty pleas. It is almost as if the people in the top echelons have forgotten what it’s like to sit with a damaged and impaired young defendant in a prison cell, and try to fit him into an impossible timetable; or how to explain to the victim of domestic violence that due to a catalogue of incompetence, the case against her abuser has been dropped – one of SB’s most moving accounts, of an all too common occurrence.

It need not be like this. Yes, we needed to go digital, but the Treasury’s price was ‘efficiencies’ (was ever a word more misused?) elsewhere. Maybe the senior judges had no choice; maybe they fought every inch of the way; maybe constitutional propriety means they don’t speak out. The fact is that the legacy of the last two or three generations of politicians, civil servants and judges will be a bitter one. If the law treats people like dirt, as it does all too often, why should they respect it?

The justice on offer in the criminal courts may be two-tier now. SB shows us it is becoming a single deep pit, open to all.

This article was first published on April 10, 2018

Francis FitzGibbon QC is a criminal barrister at 23 Essex Street. He is immediate past chair of the Criminal Bar Association. The views expressed here are personal

Our print magazine is Proof. Contributors include Michael Mansfield QC, Bob Woffinden, David Rose, Eric Allison and Ian Cobain.
Buy Proof Magazine
The latest issue (Why legal aid matters) includes Helena Kennedy QC and Martha Spurrier in conversation, David Conn on the legacy of Hillsborough - plus how to build your own law centre.
Francis FitzGibbon QC is a criminal barrister at 23 Essex Street. He is immediate past chair of the Criminal Bar Association. The views expressed here are personal