Out of sight, out of mind? Introducing #Unlocked15

Out of sight, out of mind? Introducing #Unlocked15 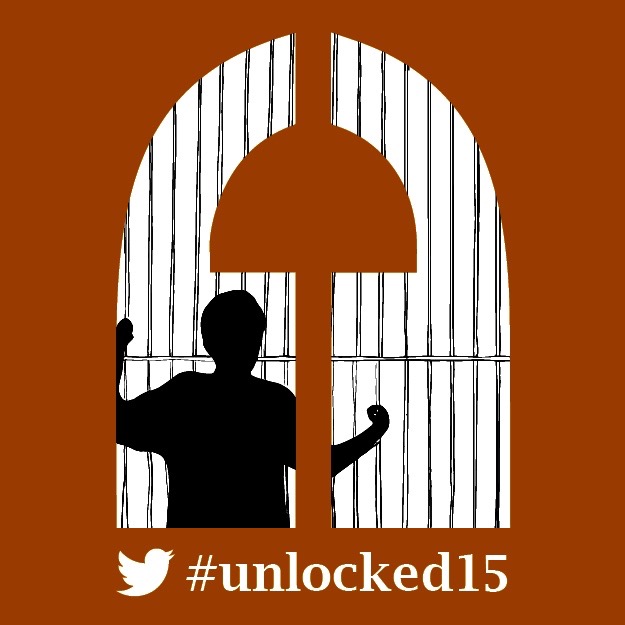 Today we are launching a partnership with Right to Remain and Detention Action on Unlocking Detention. The project is run by Detention Forum, a network of organisations working together to challenge the UK’s use of detention.

Unlocking Detention first ran last year between September and December 2014, to challenge the ‘out of sight, out of mind’ situation that has meant immigration detention has yet to be recognised as one of the gravest human rights issues in the UK.

Detention centres are often geographically remote, mirroring the physical and social isolation experienced by the people detained in them. This means that not only are the centres difficult for friends, family and support groups to visit, they also remain off the radar of the majority of the British public.

A rigorous security check is needed to go inside, with many restrictions placed on visitors. Unless you know somebody personally who is detained, you are very unlikely to ever visit an immigration detention centre, know where they are, or be able to imagine what conditions are like for people in detention.

Unlocking Detention aims to raise awareness of the realities of detention, engage people who are not normally interested in asylum and immigration issues, and help challenge this unjust and harmful system.

There are 10 detention centres in the UK, several short-term holding facilities, one centre for detaining families with children, in addition to the many migrants who are held under immigration powers in prisons.

Nearly 30,000 migrants enter detention every year. That figure is rising, with 3,418 migrants detained in detention centres and prisons and a total of 137 people detained for longer than a year as of 30 June 2015. People are detained without a time limit, for months, sometimes even years. It is harmful and expensive. It robs people of their dignity, spirit and lives.

How does detention affect communities across the UK?
As well as looking at the sites of detention in the UK, this year’s tour will be exploring how detention affects communities everywhere, not just where there is a detention centre. This may be through immigration raids, Home Office reporting centres, people living in detention or at risk of detention and living in constant fear because of it, or people released from detention often with far more support needs than before they were detained.

Follow the tour and get involved
The tour uses blog posts, tweets, and photos to raise awareness of detention – and you can follow it all on Twitter with #Unlocked15. This year, we’re asking people to tweet pictures of what THEY would miss if they were detained, or what they did miss if they have in fact experienced immigration detention. We’re also running live Q and As with people currently in detention, with questions crowd sourced via Twitter. The project is a great way of getting voices out of detention, and reminding us all that we are talking about human lives and individual stories.