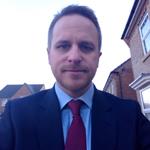 The recent admission from former justice secretary Michael Gove that he took cocaine during his time as a journalist does matter. But not for the reasons that the country’s tabloid press suggest. The issue that his admission raises is far more important than the Conservative Party leadership contest.

No one from the Lord Chief Justice to the Commissioner of the Metropolis can say with certainty just how many criminal offences exist on the statute books today. However, most criminal law specialists agree that estimates in the region of 9,000 to 10,000 offences are about right.

For decades Parliament has been criminalising behaviour at such a rapid rate that no police officer, prosecutor or indeed justice secretary can now tell us just how many offences a person could be charged with. This a travesty of justice.

At the basis of a just and fair society is the existence of a covenant between its law and its citizens. This covenant, which requires citizens to live by a moral code enforced by the criminal law, requires the state to educate and inform its citizens about the rules which they are required to observe. A criminal code of more offences than any normal individual could ever be expected to remember is a clear indication that the state has breached this covenant with its citizens.

At dinner parties when I hear my politically minded and virtuous friends talk of how ‘easy’ the criminal justice system is on ‘criminals’ I sometimes choose to ask them just how many offences they are guilty of. Naturally, the response is usually one of: ‘None, of course.’ When I then ask them: ‘So you have never sent an angry message to your partner following an argument or driven the morning after a big night out, or lied on a job application?’ Invariably, the mood changes. The answer is yes to one or more of those questions. If it’s not, it will be to one of my follow ups!

But most people just don’t see that the only difference between them and someone branded a criminal is the fact that the latter was arrested, charged, prosecuted and convicted. Whereas they have never had to suffer the wrath of the criminal justice system.

Sending an angry message can net you a conviction under the Malicious Communications Act 1988, which carries a possible sentence of two years in prison. Driving over the limit can change your life forever. Those convicted of driving under the influence lose their driving licences, their jobs and much more. Many will become persona non grata for a mortgage lender and pariahs in their community. We all judge them. What about lying on a job application? Well if you are successful in achieving that job, there is a case to be made that you have gained a financial advantage by false representation, which is what the criminal law calls a fraud (Fraud Act 2006), punishable by up to 10 years in prison.

In possessing a Class A controlled drug, Michael Gove committed at least one offence under the Misuse of Drugs Act. The maximum penalty for simply possessing cocaine is up to seven years in prison.

No one suggests that prison doesn’t serve a vital purpose in our society. Clearly there are always going to be some offenders that must be imprisoned for public safety reasons. Equally, we must have a criminal code. But the extent of this code and the powers of those that enforce it deserve serious consideration. Criminalising behaviour is one thing, but branding thousands of people every single year with a criminal record, which then affects every aspect of their lives is something different altogether.

Our political leaders constantly seek to espouse the virtues of a liberal and tolerant society. But our criminal justice system shows little tolerance, for mistakes and errors of judgement. It is time for significant reform. So, if Michael Gove’s admission achieves nothing else, perhaps it will start a discourse about how we can consolidate our criminal law, so that at very least it only consists of a quantity of offences that most ordinary people can comprehend. We must focus on the big problems in our society, from violent crime which plagues our streets, to terrorism which blights every aspect of our lives. And more importantly our justice system and politicians that design it, must learn to be as tolerant of the mistakes made by ordinary people, as they do their own.

Scott is a lecturer at Swansea University, a former senior advisor in both the European Parliament and National Assembly for Wales and a chair of trustees for a national advocacy charity. Scott also works in legal practice

Our print magazine is Proof. Contributors include Michael Mansfield QC, Bob Woffinden, David Rose, Eric Allison and Ian Cobain.
Buy Proof Magazine
The latest issue (Why legal aid matters) includes Helena Kennedy QC and Martha Spurrier in conversation, David Conn on the legacy of Hillsborough - plus how to build your own law centre.
Scott is a lecturer at Swansea University, a former senior advisor in both the European Parliament and National Assembly for Wales and a chair of trustees for a national advocacy charity. Scott also works in legal practice