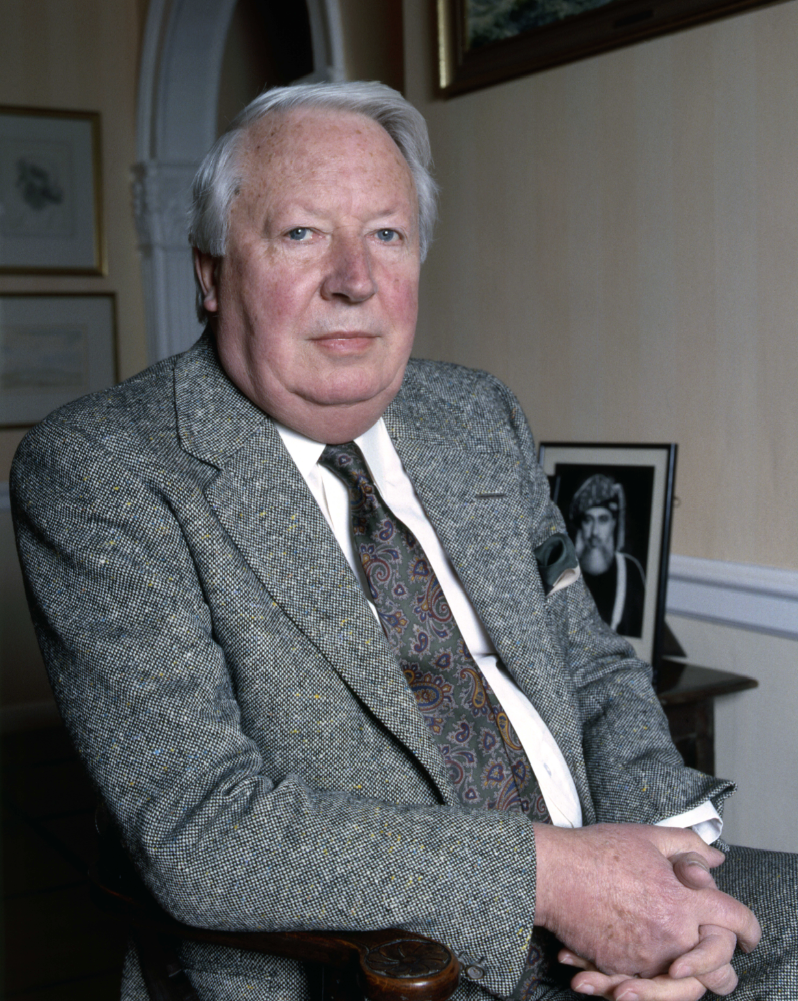 Supporters of Edward Heath have accused a two year investigation into allegations of abuse of leaving a ‘cloud of suspicion’ over the late prime minister’s reputation. Wiltshire Police’s closure report called for ‘no inference of guilt’ to be drawn from its finding that Heath could have been questioned over sex abuse.

The investigation known as Operation Conifer began in controversial fashion in August 2015 when Superintendent Sean Memory was filmed standing outside Sir Edward’s former home. ‘This is an appeal for victims in particular if you have been the victim of any crime from Sir Ted Heath or any historical sexual offence, or you are a witness or you have any information about this, then please come forward,’ he said.

Two weeks after the 2015 public appeal, 118 people had contacted the force with information and, over the two year life of the investigation, 40 people made allegations dating from 1956 to 1992. According to the report, 1,580 lines of inquiry were generated; 284 statements taken; and three people unconnected to Heath were arrested.

This week’s report concludes that had Heath been alive, the police might have questioned him over seven allegations of child sex abuse however Wiltshire Police, who have been leading the £1.5m inquiry, stressed that this didn’t mean Heath was guilty.

‘If you make a mass appeal for “victims” you are sure to get them, whether they are legitimate or not,’ Lincoln Seligman, who knew Heath for 50 years, told the BBC. ‘A proper investigation should have taken place, but that’s not what happened. These are still just allegations and I do not believe them.’ Michael Heseltine also dismissed the report as ‘just speculation and allegations’ on Sky News.

Wiltshire Police report highlighted ‘the legal requirement’ for the police to investigate allegations against deceased people by reference to the European Convention on Human Rights, article three (‘No one should be subjected to torture or to inhuman or degrading treatment or punishment’). The interpretation by Operation Hydrant, set up to share good practice for forces investigating historic abuse cases, is that ‘the closer the alleged suspect is the state and the more serious the allegation, the greater the duty to investigate’.

Wiltshire Chief Constable Mike Veale defended the investigation saying it was ‘the right moral, ethical and professional thing to do’. ‘I hope people will understand that it would be an indefensible dereliction of my public duty as a chief constable not to have investigated such serious allegations against a former prime minister, even though he is deceased,’ he said. He noted that the investigation might raise further questions but insisted there was no need for a judge-led investigation. ‘But I also believe it signals a watershed moment for people and victims who have suggested or implied there has been a state cover-up for some senior figures who may have been involved in child sexual abuse.’

In a joint statement, Lord Hunt of Wirral and Lord Armstrong of Ilminster said that Edward Heath’s reputation ‘should not be left in limbo’ and called for an independent review.

Ken Macdonald, the former director of public prosecutions, slammed the report. ‘The bar for interview is low, in most investigations as low as the police want it to be and in the case of a dead man, virtually non-existent,’ he said. ‘They are covering their backs at the expense of a dead man. Shame on them.’

Throughout the report, the individuals making as yet unproven allegations are called ‘victims’ and not complainants.

Last year the high court judge Sir Richard Henriques completed his review of the Metropolitan Police’s handling of eight investigations into historic sexual offences. He found no fewer than 43 failings in relation to Operation Midland which looked into the allegations of a Westminster paedophile ring. The Met acknowledged that those accused of abuse – former Tory MP Harvey Proctor, the late home secretary Leon Brittan and former army chief Bramall – were all innocent and that the investigation, which cost £2.5 million and took 16 months without making a single arrest, unearthed ‘no credible evidence’.

Sir Richard made numerous recommendations including that, throughout the investigative and judicial process, those who make complaints should be referred to as ‘complainants’ and not ‘victims’ by the police.

He took issue with chief constable Simon Bailey who heads up Hydrant. ‘If we don’t acknowledge a victim as such, it reinforces a system based on distrust and disbelief,’ Bailey told the review. Sir Richard attacked ‘inaccurate terminology’ and accused those who insisting on using the word ‘victim’ as ‘seeking to gain an advantage at the expense of those accused’.

Bailey also told the review that only 0.1% of all complaints might be false. Sir Richards said that such an assertion ‘bore no relation’ to his own judicial experience nor to his experience during his review. He continued: ‘The policy of ‘believing victims’ strikes at the very core of the criminal justice process. It has and will generate miscarriages of justice on a considerable scale.’