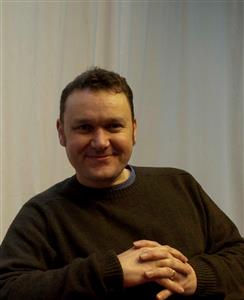 As you might expect with an organisation linked to the intelligence services, the first thing is trying to find the Investigatory Powers Tribunal. Phil Chamberlain managed to do that but getting people to talk about it was another matter. This is an edited version of an article that appears in Proof magazine, issue 2. You can buy it here.

The Investigatory Powers Tribunal is a unique court in the UK which considers complaints about unlawful intrusion by MI6, MI5 and GCHQ as well as the police and local authorities. ‘We are at the forefront of our field, operating the most open and equitable process in the world for hearing cases of this sensitivity,’ the IPT boasts on its website.

The tribunal was set up as part of the Regulatory of Investigative Powers Act in 2000, one of the major pieces of legislation governing surveillance.  If you fear a council has illegally spied on you or the security services have been wrongly tapping your phone then you can turn to the Investigatory Powers Tribunal (IPT). It can sit in public and also hear sensitive evidence in private in a tricky balancing act between enforcing rights to privacy and national security.

It claims to be ‘the first court of our kind’ to establish hearings in ‘open court’ in the security field.

Much as MI5 used to be known as Box 500 after its postal address, the tribunal lives behind a PO Box number and a recently revamped web site. It is not subject to the Freedom of Information Act and has published two reports in its 16 years of operation.  The president is Sir Michael Burton who was vice president from its inception until taking over in October 2013. His Vice President is Sir John Edwards Mitting, a high court judge appointed to the role in 2015. The tribunal has eight panel members in total, all very senior members of the judiciary.

Sir Michael said in the only press interview given by any member of the panel in its 16 years: ‘I will be ready and willing to look afresh at our procedures if it’s necessary in order to ensure fairness and security.’

Welcome to the circus
Although its members may be shy and its address a brass plate, there are at least these open hearings. If you can find out when they are to be held. In July this year, Privacy International made a complaint about the operation of the little known section 94 of the Telecommunications Act.

The advocacy group argued that it enabled the bulk collection of data on every citizen in the UK including: location information, numbers dialled by the telephone and calls received, duration of calls, time and date calls made and received, operating system, browsing history, billing information, IP addresses, instant messaging data, and physical mail data.

All of this without any proper oversight.

It was an important testing of surveillance legislation and government lawyers had disclosed various documents as part of the initial arguments. A four day hearing had been scheduled.

And there was no information about it anywhere.

Those briefed by Privacy International turned up at 10am at the Rolls Building in central London. This gleaming building close London’s legal heart is also home to various other tribunals – but there is no indication of the IPT. Fearing a wild goose chase, the curious observer makes their way to the third floor and court 27 and finally there is an acknowledgement. A notice by the side of the court confirms that the IPT will be sitting.

Despite a process more akin to finding a rave in the 1980s, the court is packed. There are around 20 lawyers for the various government departments and a slightly smaller retinue from Privacy International. Court staff wheel in boxes of material on sack trucks. For the dozen or so observers, members of the press, legal experts and students, some are forced to sit on the floor because there are not enough chairs.

‘Welcome to the circus,’ says one lawyer.

The hearing starts with little formality. There is a low-key approach. Some housekeeping agreements from the chair indicate the panel may sit into the evening if required in order to complete its work within the allotted four days. One observer recalls that this has happened previously, but unfortunately Rolls Building security staff weren’t aware so tried to stop members of the public coming in when the building was supposed to be shut.

Thomas de la Mare QC, Privacy International’s advocate, makes his opening statement and is listened to intently by the panel members with nods, smiles and occasionally frowns. There are frequent interventions as they seek clarification on points or test particular arguments. There is a long diversion into a discussion about the comparison between bulk collection of mobile phone records and the collection of information by CCTV cameras.

One observer says this often happens as panel members pursue particular lines. Another reason is that these public hearings are about the testing of law in the abstract – not with reference to specific individual. So discussions can rapidly head for the hypothetical and the metaphorical.

‘Unsurprisingly, the IPT was not established to open the activities of the intelligence agencies to full scrutiny, the imperative of secrecy was deemed too great,’ noted privacy and surveillance law expert Maria Murphy. ‘While the provision of a tribunal providing some accountability and access to remedies for surveillance targets is a positive feature of the UK system, an inherent flaw in its effectiveness has been the fact that investigative authorities have no obligation to notify individuals who have been subjected to surveillance.’

After an hour the panel adjourns for a break and then returns barely five minutes later and sits in a mostly empty courtroom. This requires a sudden call to the dozens of lawyers who had all gone to the toilet or to get a coffee thinking they had more time.

It is a curiously British process.

Potentially massive intrusion by the intelligence agencies discussed in an informal atmosphere with government lawyers benignly looking on to see how much they need to disclose.

And yet it works to some extent. The government is forced to admit that staff had wrongly monitored 20 high profile people and that back in 2010 it had been warned that its bulk collection approach may not be defendable. A glimpse is provided into previously secret arrangements between telephone providers and the security services. It also reveals that in 2007 panel members secretly visited MI5 to brief on bulk data collection. The agency persuaded the judges that MI5 did not usually have to disclose its data holdings in bulk personal datasets to the tribunal. The hearings seem best placed as an avenue for interested parties to air concerns and force disclosure rather than to remedy wrongs.

Bernard Keenan, a PhD student from the London School of Economics and a regular observer of the IPT, tells me afterwards that the Privacy International hearing demonstrated where, for all its faults, the value of the tribunal lay. The discovery process as the government responded to allegations meant that information which might otherwise have remained secret, was disclosed.

There appears to be a game that goes on with government lawyers considering the strength of the complainant argument and releasing only as much information as is necessary to counter it. The government has the added benefit of being able to meet privately with the panel to show material in secret to defend its actions. All concerned must then trust that parties are behaving honourably.

Relatively few complaints have been upheld though there have been notable exceptions. The Snowden revelations led to more than 600 people putting in requests for have cases of surveillance considered. These are still to be heard. Part of these hearings also demonstrated the curious position the tribunal finds itself in. It ruled that while there had been a previous wrong in not disclosing surveillance, the fact the IPT had now made its judgement public solved that oversight.

‘[The IPT] not only enquires, it also bridges the secret realm to the public realm. In so doing, the constitutional separation of powers between the executive and the judiciary is blurred. The executive was acting unlawfully but through collaboration with the judicial process, behind closed doors, it righted the wrong.’

The tribunal doesn’t award costs but instead looks to ensure remedies in process. There is no recourse to appeal any decision the tribunal makes other than going to Europe. In July 2016 it held a public hearing in Scotland, believed to be the for the first time, to consider what action was needed after Police Scotland admitted wrongly using RIPA to flush out journalist sources.

Herald investigative journalist Paul Hutcheon described it as a fascinating insight watching the IPT at work – even if he also made the familiar complaint about a lack of access to the court documents one would usually expect and a generally opaque process.

Access denied
In 2016 the tribunal delivered only the second ever report on its work. There appears to be no timetable or pressure for it to increase this level of self-scrutiny. The report showed that in 2010 it received 95 complaints to look at – five years later that had gone up to 250. Complaints regarding MI6, MI5 or GCHQ and, a separate category, law enforcement agencies both now form a greater percentage of the total the IPT receives. The Snowden revelations clearly go to the heart of the tribunals work as will the forthcoming Investigatory Powers bill. The tribunal can be expected to only be busier and indeed there has been an increase in its open hearings – even if that openness doesn’t extend to actually telling anyone about them.

In his forward to the latest report Burton wrote: ‘I believe we are pioneers, and a number of other similar bodies in other countries have expressed interest in following our lead.’

For this article two requests for made for an interview with Justice Burton. Both were politely but firmly and swiftly declined.