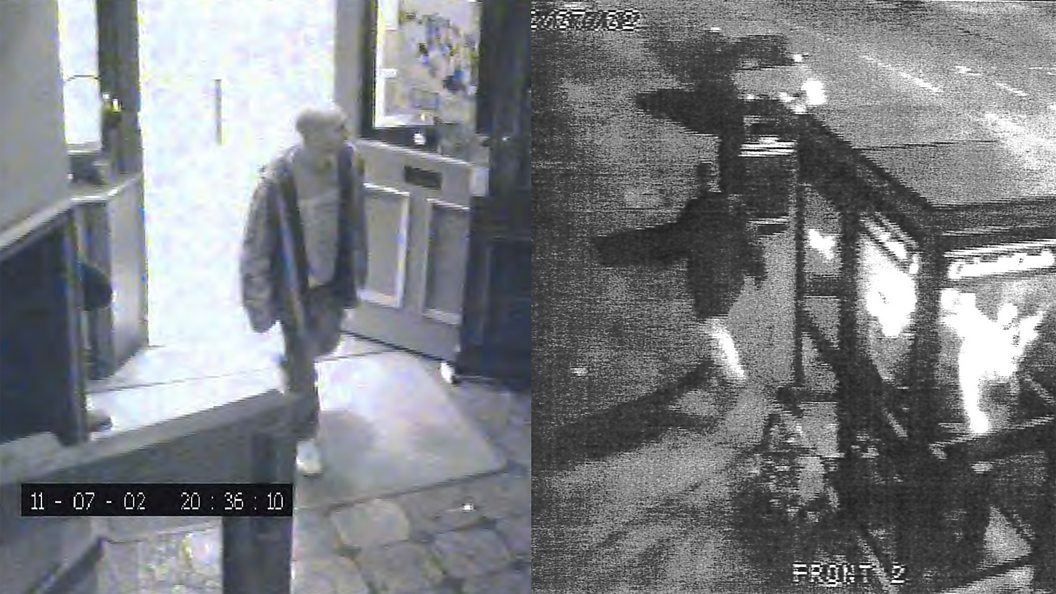 A possible alibi has been identified in the case of a man who has spent almost 20 years in prison for the killing of a Korean student in Bournemouth as she walked back from a nightclub in 2002. A new programme Unsolved: An Alibi for Omar? (BBC Three and available on iPlayer today) features CCTV evidence capturing Omar Benguit, a former problematic heroin user convicted of the murder of Jong-Ok Shin (known as Oki), which undermines the testimony of the main prosecution witness, a drug user and prostitute known as ‘BB’.

There was no forensic nor CCTV evidence linking Benguit to the attack. Instead, the prosecution case comprised almost entirely of BB’s account, propped up by the circumstantial evidence of 13 individuals addicted to drugs, all well known to the local police. They attested to Benguit’s guilty-looking behaviour immediately after Oki’s death.

‘All I ever wanted was the truth to come out. I am innocent,’ says Omar Benguit, presently in HMP Long Lartin. ‘I have been protesting my innocence for 19 years. It is disgusting how I’ve been treated. They’ve had the evidence to prove my innocence from Day One. Since I was arrested I said that I’m on the CCTV and they actually had it all the time. That is shocking.’

The journalist Bronagh Munro has returned to the case four years after her previous BBC documentary series called The Man With No Alibi to reveal that the man’s sister Amie Benguit has uncovered CCTV images that appear to back up Benguit’s first statement to the police. He claimed that he had gone to a local night club where he appears to have been caught on CCTV just after 10pm. The murder happened in the early hours of the morning, around 2.50am and Amie has now identified further CCTV footage from nearby Charminster Road at 3.15am. On BB’s account, Benguit plus the two other men alleged to have been involved in the attack were supposed to be at the crack house that they together with nearly all the prosecution witnesses were supposed to have frequented. The man’s face is obscured but an expert tells the BBC that his clothes and body shape bear a striking resemblance to Omar Benguit.

Amie Benguit yesterday lodged an application for a third appeal with the Criminal Case Review Commission (CCRC) based on the new evidence. The CCRC referred the case back in 2014 to the Court of Appeal and a subsequent application was rejected by the watchdog.

Speaking to the Justice Gap, Bronagh Munro told the Justice Gap: ‘I believe there has been a serious miscarriage of justice. It is clear to me that convictions are not safe.’

What persuaded Munro to pursue the case? ‘I looked at what got him convicted,’ she replies. ‘I realised there was a murder committed by potentially three men, a vehicle was involved, a crackhouse and disposal of evidence. There is real cause for concern when there is no CCTV forensics or DNA linking this man or any of the men to the victim, the crime scene, the car or to the main prosecution witness. Not one of them managed to leave fingerprints on anything.’

Munro flags up the 13 witnesses that testified to Benguit’s guilt and the similarities between their statements. ‘There is a pattern of behaviour around the statements that I thought instantly was wrong. Straight after the murder, none of them had any memory of the event or anything suspicious; then around May the following year, almost all the witnesses who ended giving evidence in court suddenly have a miraculous memory of that night. That’s not possible. They were junkies, self-confessed addicts and, for them, one day ran into the next. When you actually tracked down their evidence, it didn’t make any sense.’

The journalist claims to have tracked down 12 of those witnesses who all claim the police pressurised them including five who admit to lying in court. In the new program one witness claims she was pressured by police to make a false statement about a bag of clothes dumped in a river which the police apparently believed had been worn by the killer. There was no forensic evidence linking them to Benguit and Beverley McNeilly tells Munro how she was was ‘coerced’ into saying she had give the clothes to him.

‘The witnesses I have spoken to have retracted their evidence,’ Benguit’s solicitor Des Jenson says. ‘This is hugely significant. You have to ask yourself: where did the information that found its way into their statements come from? It didn’t come from them. When I first picked up the case, my initial impression was that this was a miscarriage of justice and everything that I’ve read since then, everyone I have spoken to and everything I have seen has only further convicted me my initial impression was the right one. This is a grave miscarriage of justice.’

Amie Benguit told the Justice Gap: ‘There’s still a lot of work to be done and all I want is justice for Omar and Oki and to have some kind of normality. I honestly believe without having Bronagh back a second time, I would not be in the position I am in today. It takes a certain kind of person to do what she does. She knocks on door to find the witnesses who testified against my brother – it’s a difficult and sordid world. She has taken so many risks. I’d get so worried for her.’  Munro found the initial CCTV footage of her brother which persuaded Amie Benguit to trawl through the other CCTV footage revealing the 3.15 still.

The new revelations shine light on the ‘post-conviction disclosure’ regime in the wake of the Supreme Court ruling in 2014 in the case of Nunn which police forces increasingly cite to avoid handing materials over. Those like Benguit claiming to be the victims of wrongful conviction are effectively in a ‘Catch-22’ and so to make a successful request to a police force for evidence, they need to argue that such evidence is likely to demonstrate innocence. However, the only way to establish such knowledge is by accessing the evidence in the first place.

‘The police disclosed the CCTV footage to Amie but they’ve made her legal team sign a waiver saying that they were not allowed to show this to anyone else without Dorset police’s permission,’ explains Munro. ‘We can’t actually view it and we cannot broadcast it. I wouldn’t do anything in good faith to jeopardise this man’s right to justice by broadcasting something… . But essentially that’s Omar’s alibi.’

She accuses the police of ‘picking and choosing what they show and what they don’t show’. She says: ‘If this man is Omar Benguit then in the interests of justice there should be an obligation to make that available. There is a huge public interest in this.

‘I’ve been working blind on this case for years,’ says Amie Benguit. ;I urge the police to help us and stop blocking progress. If they don’t, then the CCRC needs to step up and complex them to release.’ Dorset Police declined to be interviewed for the programme but Detective Chief Superintendent Ben Hargreaves said the conviction had already been reviewed by the CCRC in 2014 and that the Court of Appeal had twice dismissed his appeals.

2 responses to “Omar Benguit: ‘They’ve had the evidence to prove my innocence from the start’”

'The whole of the criminal justice system dumped on Eddie'
'Victimised twice over: once by the court and then…
Sally Challen appeal: conviction quashed and retrial ordered
The miscarriage of justice watchdog refers 750th…
South Wales Police announce review in Clydach murders case