Northern Ireland (NI) has one of the most draconian abortion laws in Europe. The legislation provides that it is only lawful to perform an abortion for the purpose of preserving the life of the woman, or where there is a risk that she would become a “physical or mental wreck”. A woman who has an abortion in NI is liable to criminal prosecution, with a maximum penalty of life imprisonment.

The Abortion Act 1967 reformed the law in England, Scotland and Wales, making abortion widely available in practice. NI was specifically excluded from the Act, meaning the position there remains frozen in time.

But a ruling today from the UK’s most senior court could change all of that.

In a long-awaited judgment, a majority of the Supreme Court has held that the current law on abortion in NI breaches human rights legislation by failing to provide exceptions to the prohibition on abortion in cases where the foetus will not survive birth (referred to as cases of fatal foetal abnormality) or where the pregnancy is the result of rape or incest.

The road to the Supreme Court
The case started as an application for judicial review by the Northern Ireland Human Rights Commission (NIHRC) in 2015. NIHRC sought to challenge the compatibility of the law in NI with article 3 (the right not to be subjected to torture or to inhuman or degrading treatment), article 8 (the right to autonomy and a private life) and article 14 (the right not to be discriminated against) of the European Convention on Human Rights (ECHR), in respect of the prohibition of abortion in cases of fatal foetal abnormality (FFA), other serious malformations of the foetus, rape and incest.

The case was therefore brought on narrow grounds, but today’s decision is highly significant in its recognition that the current legislative regime violates the human rights of Northern Irish women.

NIHRC partly succeeded in the High Court in NI: in November 2015, Mr Justice Horner found that for cases involving FFA and rape/incest the legal position breached Article 8 ECHR. The Article 3 and 14 arguments were rejected, as was the third exception (for serious malformations of the foetus).

In June 2017, the Court of Appeal of NI overturned that decision, with the majority finding that the abortion law in NI did not breach women’s rights to privacy and bodily autonomy under Article 8 ECHR. However, they granted the NIHRC permission to appeal to the Supreme Court on an urgent basis.

The appeal in the Supreme Court was heard before an enlarged panel (seven judges) across three days in October 2017. 10 organisations intervened in the case, including our clients, Humanists UK, Amnesty International and the Society for the Protection of Unborn Children. 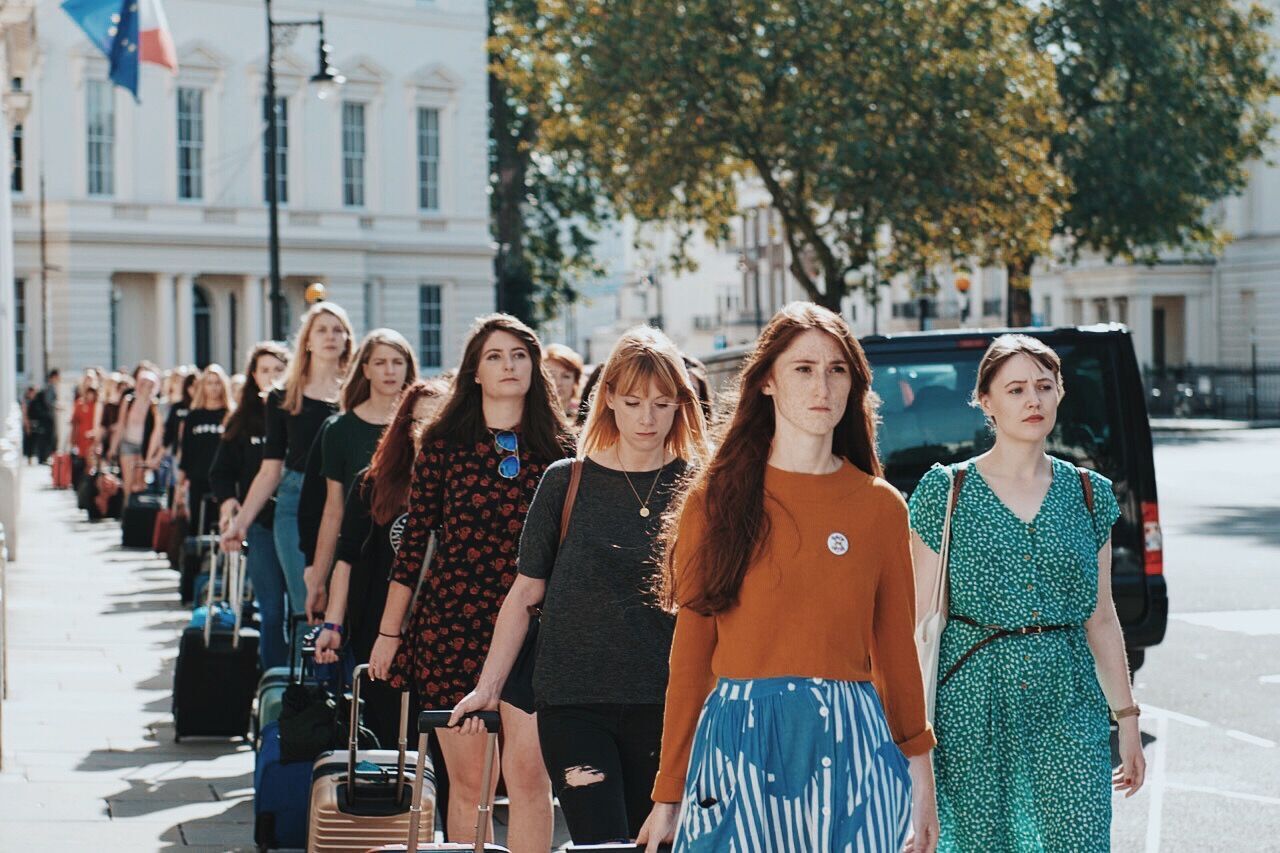 Radical reconsideration needed
In five separate judgments spanning 371 paragraphs, a majority of the Supreme Court found that the abortion regime in NI breaches women’s rights to privacy and bodily autonomy – protected under Article 8 ECHR – in cases of FFA pregnancies, or where the pregnancy has arisen as a result of rape or incest.

Two of the judges (Lord Kerr and Lord Wilson) went further and held that the prohibition on abortion in those three categories subjects women to inhuman or degrading treatment, contrary to Article 3 ECHR.

The possibility that Northern Irish women may be able to travel overseas for lawful abortions – as three women do every day – was widely discussed both during the hearing and in the judgments. Lord Mance described the “stress, indignity and expense of arranging for a mechanical process of abortion away from their familiar home surroundings and sources of local support”. NI “merely outsources the issue”, he said, and so the regime didn’t even achieve what it set out to in any event. Lady Hale agreed with the recent report of the UN Committee on the Elimination of Discrimination against Women (CEDAW) that travelling out of the jurisdiction for an abortion is “not a viable solution”.

A majority of the Court ruled that – being an organisation rather than an individual – NIHRC did not have legal standing to bring the case, despite both lower courts ruling to the contrary. The Court was therefore unable to make a formal declaration of incompatibility regarding NI’s abortion law under the Human Rights Act.

While this will come as a blow to NIHRC, the Court’s majority made it clear that – despite the overall conclusion on the Commission’s standing – they had reached a “positive conclusion on the incompatibility” of NI’s abortion law with the ECHR. To that end, the current regime in NI, which stands “almost alone” in Europe in its strictness was described as “untenable” and in need of “radical reconsideration”. Those responsible for the compliance of Northern Irish law with human rights would need to act as quickly as possible on the Court’s conclusions “in the light of the ongoing suffering being caused,” the Court said.  Lady Hale also noted that – even without a formal declaration of incompatibility – the judgment cannot be “safely ignored” by law-makers in the UK.

Even the dissenting judges pressed for review of the legislation in NI and for the issues “to be discussed and determined in a democratic forum”. They were clear that “there is every reason to fear that violations of [human] rights will occur, if the arrangements in place in NI remain as they are.” 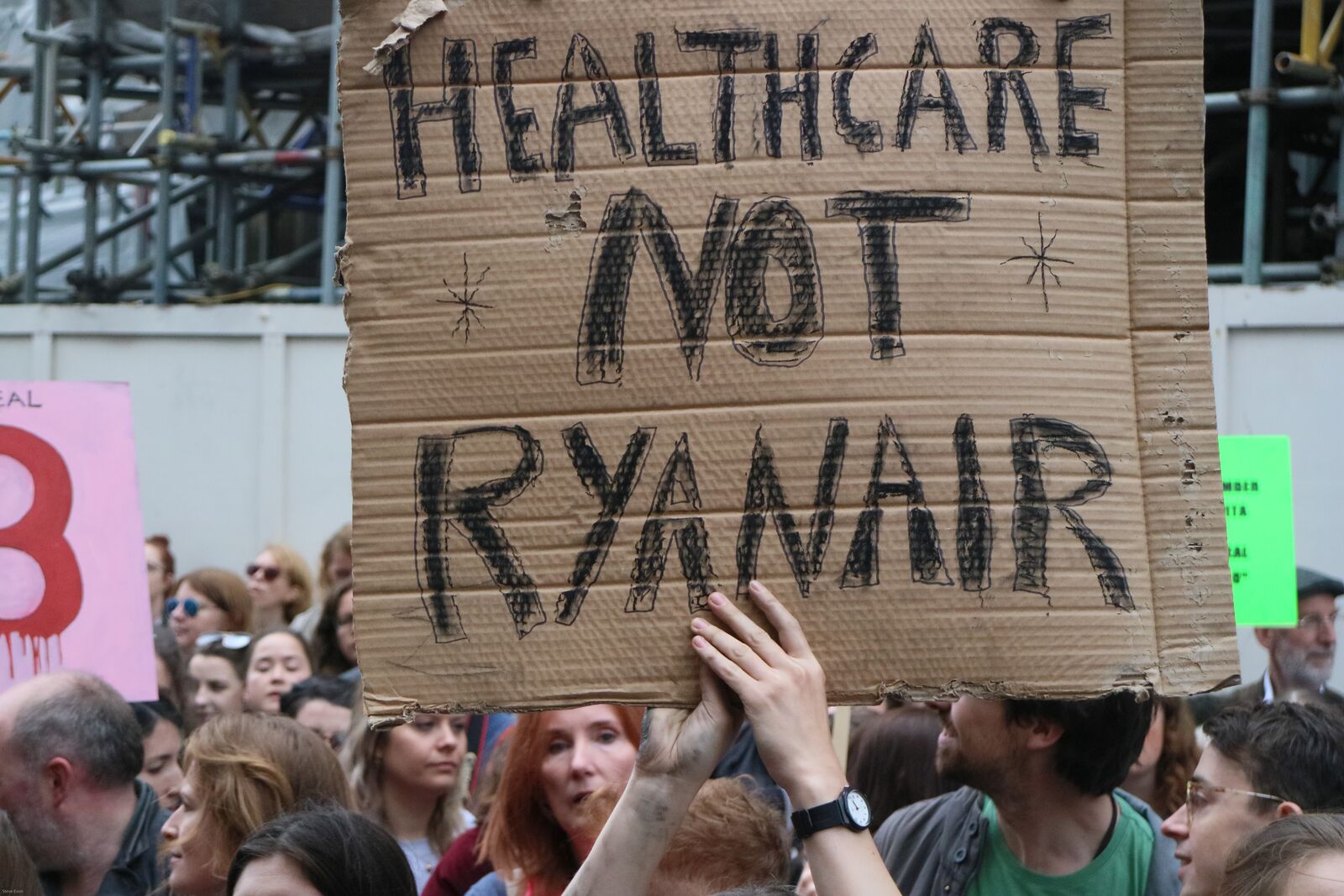 Enough is enough
Last month’s referendum in the Republic of Ireland to repeal the eighth amendment to the country’s constitution and legislate for free, safe and legal abortion has shone a spotlight on the situation in NI, where women are treated as second class to their English, Scottish and Welsh counterparts.

Today’s landmark Supreme Court ruling makes clear what we already knew: that stopping abortion provision does not stop abortions – it simply increases the risk of a woman having to make a degrading and lonely journey overseas, or being forced to continue an unwanted pregnancy, or buying pills online that may not be safe, risking prosecution if she seeks medical help.

Both CEDAW and now the Supreme Court have said that by restricting Northern Irish women’s access to abortion, the UK is in breach of its human rights obligations and that this must change.

Human rights are not a devolved issue: the Good Friday Agreement explicitly retains human rights responsibility for Westminster. So even if the NI Assembly (dissolved since January 2017) were functioning, the UK Government would not be relieved of its responsibility to uphold human rights in the UK, whether in NI or elsewhere.

The women of NI cannot wait any longer. It’s about time that they were trusted with their own bodies and futures.

This article is written by Mary-Rachel McCabe of Doughty Street Chambers and Janet Farrell of Bhatt Murphy Solicitors. They acted for Humanists UK in their intervention in the NIHRC case.

'Northern Ireland's abortion laws would make most…
Anti-abortion activists lose appeal against…
Using bad law for good – is it ever ok?
A tough act to follow
Human Rights Act review 'neither welcome nor timely'