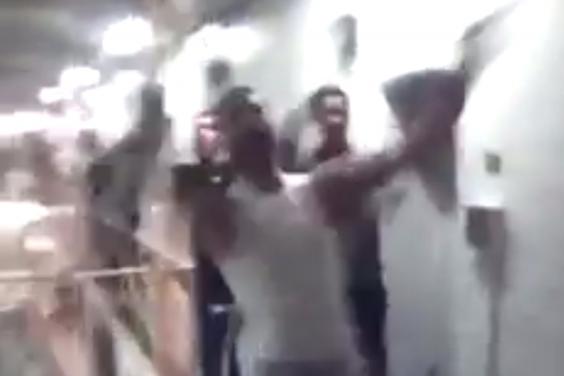 The full details may never come out, but we know at least that, on the morning of Monday 7 November, two men were found to have escaped from Pentonville prison in London, having fashioned ‘mannequins’ from pillows to make it look as though they were sleeping in their cell.

They fled from the prison’s ‘G’ wing, where, some three weeks before, a man had been killed in an alleged attack that prompted Pentonville staff to pass a vote of no confidence in their governor.

The audacious escape came only a day after up to 200 rioting prisoners ‘took over’ Bedford prison, causing damage that will reportedly cost £1m to repair. Mobile phone footage of that incident was going ‘viral’ on the internet before officers even had a chance to bring the situation under control (see above).

Here, at the Howard League for Penal Reform, the phones would not stop ringing. Television news channels rearranged their schedules to accommodate the Bedford video clip. The Sun, Mirror and Metro newspapers all had the Pentonville escape story on their front pages. Prisons are headline news once again, and the chronic problems of a system that is failing everyone can no longer be ignored.

And no one should be surprised. The seeds of this unrest were sown long ago.

When, in 1991, Lord Woolf reported the findings of his inquiry into riots at Strangeways and other prisons, he criticised successive governments for failing to ‘provide the resources to the Prison Service which were needed to enable the Service to provide for an increased prison population in a humane manner’. In the 25 years since, the prison population in England and Wales has more than doubled.

The growing number of people behind bars has exacerbated a chronic overcrowding problem, one so severe that three in four men’s prisons are holding more prisoners than they were designed to accommodate. Every night, more than 20,000 men are forced to share cells that were built for one.

Some of the numbers are eye-watering. Leeds prison, for example, is designed to look after 669 men, but actually holds 1,161. Swansea has room for 268 men, but holds 460. Wandsworth is one of the largest prisons in the country, designed to accommodate 943 men, but it is being asked to warehouse 1,566. The list goes on.

Prisons would struggle to overcome such overcrowding pressures with a full complement of staff, but cuts to budgets in recent years have led to officers vanishing from the landings. The impact has been disastrous.

Every week, two prisoners take their own lives. Sixty-five assaults and 100 incidents of self-injury are recorded every day. Safety in prisons is deteriorating, and the rate at which it deteriorates is getting faster and faster.

So, the Secretary of State for Justice, Elizabeth Truss, is right to make improving safety her priority, although it remains to be seen how quickly things will change.

The Ministry of Justice has produced a White Paper that proposes recruiting 2,500 new prison officers, which is welcome. But retaining them at a time when working conditions are so dangerous is likely to be more difficult, and it will take more than bodies in uniform to turn things around.

More sniffer dogs and measures to stop drones are proposed as answers to the drug problems in prisons, when providing more purposeful activity – to reduce demand for drugs in the first place – would probably prove more effective.

The White Paper promises new league tables to rank prisons on their performance, but there is little detail on how this will work in practice. More encouraging is a proposal to give governors more authority over their budgets and a push for greater use of release on temporary licence, which helps to prepare prisoners for life on the outside.

The most troubling, and least surprising, proposal in the White Paper is a pledge to spend £1.3billion on constructing new prisons. History tells us that trying to build a way out of the problem is likely to end in failure. It is often the case that, by the time a new prison is ready, the population has grown to a point where the jail it was meant to replace can no longer be closed. And then the numbers carry on rising.

A better move would be to commit to reducing the prison population and tackling overcrowding. How many more Pentonvilles and Bedfords must we endure before ministers take a more sensible course?

Our print magazine is Proof. Contributors include Michael Mansfield QC, Bob Woffinden, David Rose, Eric Allison and Ian Cobain.
Buy Proof Magazine
The latest issue (Why legal aid matters) includes Helena Kennedy QC and Martha Spurrier in conversation, David Conn on the legacy of Hillsborough - plus how to build your own law centre.
Rob is campaigns and communications manager at the Howard League for Penal Reform

Violence at Pentonville increases as prison put into…
Covid-19: Two staff deaths at Pentonville prison
Covid-19 update: Concerns raised about access to…
Failings contributed to the death of a prisoner with…
'Troubled' HMP High Down ‘serious indictment’ of…