Nigella & the unfair application of our drug laws

Nigella & the unfair application of our drug laws 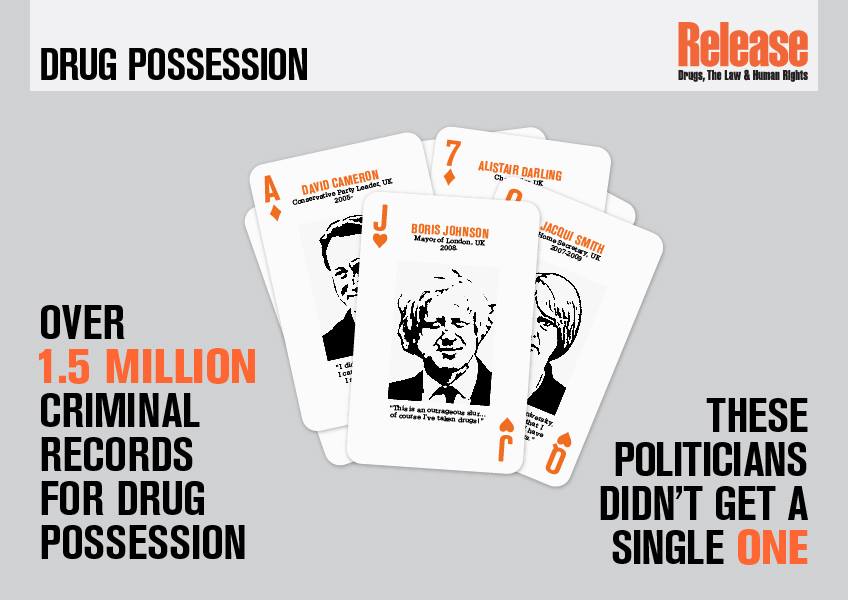 This week it was announced that the Metropolitan police will take no further action after Nigella Lawson admitted to drug use in court.

Whilst Scotland Yard was accused of ‘giving the green light to middle class drug taking’ by some anti-drug campaigners, we must be mindful of the consequences that these prosecutions bring upon anyone. A criminal conviction for drug possession can negatively impact an individual’s future employment, education and ability to travel.

What this case does bring up however, are the broader issues of social inequalities, alongside the unfair treatment and application of the drug laws by enforcement agencies. It is precisely these concerns of disproportionality that exist within our criminal justice system that are in the focus of our report, The Numbers in Black and White.

Launched with the London School of Economics and Political Science (LSE) last August, the report shows how the policing and prosecutions of drug possession offences in England and Wales is unduly focused on black and minority communities.

The scale of stop and search
Stop and search has increased steadily since 2001/2 from less than 750,000 to a peak of 1.3 million in 2010/11. Despite a slight decline, there were still more than one million stop and searches carried out in 2011/12, with half or more of these for drugs. Further to this, the research identifies police stop and search as a key driver of ethnic inequality throughout the criminal justice system.

It highlights that those from black and minority ethnic (BME) backgrounds are being searched at a rate of over six times that of their white counterparts and are being subjected to harsher sanctions.

Whilst rates of disproportionality in London are lower than the UK as a whole, the intensity of stop and search is far higher – a rate of 34 per 1000 across the population as a whole compared to 10 per 1000 nationally. Whilst the Metropolitan police have recognised the problem and have reduced the number of stop and searches from a peak of 250,000 to 170,000 in the last 12 months, this rate is still enormously high.

What is clear from the London data is that it is areas of deprivation that are subject to high rates of stop and search for drugs, with police use of this power being focussed on areas such as Haringey and Hackney rather than say Canary Wharf or Richmond. Clearly, this speaks directly to the inequitable application of our drugs laws.

History of a target culture
The notion of a ‘targeted culture’ is upheld when looking at the percentage of those proceeded against for possession offences that hold a previous conviction. Forty per cent of those from BME communities had been charged or warned before, compared with just 24% of white persons. Recognising that an increased frequency of stop and searches for black persons subsequently heightens their propensity for having a conviction, led us to factor this into our analysis. Omitting any previous convictions from the data meant that the entire sample was at the same level within the criminal justice system. Despite this, 60% of black people were charged with possession of cocaine, in comparison with just 26% of those who were white. This is despite the fact that the Government’s own data shows black people use drugs at a lower rate than white people.

The issue of disproportionate policing of BME communities is not a new one. Stop and search powers have been repeatedly cited as a flashpoint in some of the greatest disturbances witnessed in modern day Britain. Both the Brixton Riots of the 1980s and the more recent riots of August 2011 were linked to the discriminatory use of stop and search.

The tragic murder of Stephen Lawrence, and the subsequent MacPherson enquiry into policing, highlighted the problems that exist in relation to stop and search. For over 30 years this issue has been in the spotlight and despite the calls for reform and the various inquiries, the level of racial disparity in the use of stop and search has continued to rise.

An alternative approach
With the policing of drugs driving the huge numbers of stop and search in the UK the only way to effectively overcome these issues of disparity is to move away from the criminal law enforcement model currently adopted in this country. Release’s publication, A Quiet Revolution promotes the introduction of decriminalisation of drug possession. It reveals, through global examples such as Portugal and the Czech Republic, the false ideology of an increased prevalence of drug use when non-criminal sanctions or a decision not to enforce the criminal law is adopted, and instead highlights the reduced harms caused by criminalisation. For example, since Portugal decriminalised drug use and possession in 2001, it has not only seen a substantial reduction in criminal justice procedural costs, but has seen a significant reduction in lifetime and recent drug use among 15-24 year olds.

Overall, the policing and prosecution of drug offences is not being equally applied to all those who use drugs. It is impossible for the State to police the estimated 3 million people who use drugs annually in the UK. Instead, certain groups are the focus of enforcement. It is because of this, that changes to UK drug policy are fundamental in order to bring about a fairer and more compassionate legal framework to manage drug us.

Caitlin is a research and policy coordinator at Release. She recently graduated from the London School of Economics and is currently analysing the Metropolitan Police Service’s data on stop and search

Our print magazine is Proof. Contributors include Michael Mansfield QC, Bob Woffinden, David Rose, Eric Allison and Ian Cobain.
Buy Proof Magazine
The latest issue (Why legal aid matters) includes Helena Kennedy QC and Martha Spurrier in conversation, David Conn on the legacy of Hillsborough - plus how to build your own law centre.
Caitlin is a research and policy coordinator at Release. She recently graduated from the London School of Economics and is currently analysing the Metropolitan Police Service’s data on stop and search

5 responses to “Nigella & the unfair application of our drug laws”

Norway set to decriminalise personal drug use
No link between penalties and lower rates of teenage…
HMP Birmingham: inmates 'walking around like…
Black people almost nine times more likely to be…
Number of prisoners with drug problems more than…