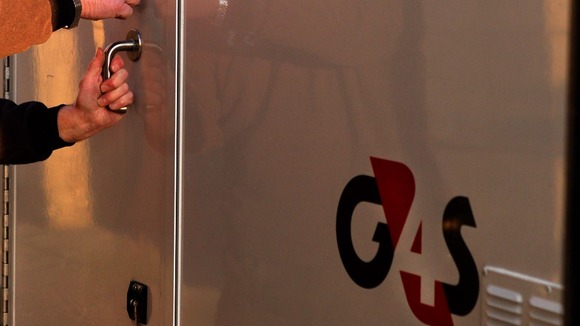 ecurity company G4S has won a $118 million contract to supply Guantánamo Bay, the US military base in Cuba where the US government unlawfully detains 149 alleged terrorists.

The contract news was posted in Monday’s edition of the daily bulletin from the US Department of Defense.

G4S Government Solutions will get $24.4 million-a-year to supply Guantánamo Bay Naval Base with ‘custodial services’ as well as family housing, grounds maintenance, refuse services and water.

According to Defense Department data and the company’s Report & Accounts, G4S Government Solutions also supplies the US military base at Diego Garcia, a British territory in the Indian Ocean.

Like Guantánamo, Diego Garcia has played a significant role in the ‘War on Terror’, serving as a stop-over for CIA ‘extraordinary rendition’ flights — as the British Labour government, after years of denial, eventually confirmed in astatement to Parliament in 2008.

G4S Government Solutions, an offshoot of the shadowy Wackenhut Corporation, is run from Florida by a wholly owned subsidiary of G4S plc, the world’s largest security company, which is based in the UK. 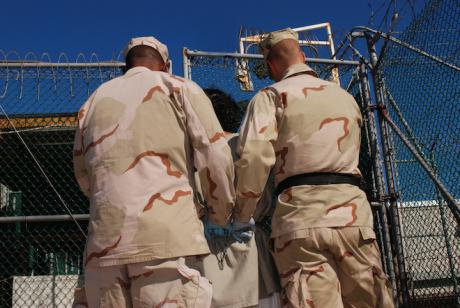 Those services to Guantánamo expose an already tarnished corporate brand to risk of further damage.

G4S’s work for the Israeli military in the Occupied Palestinian Territories has provoked a bruising international campaign, led by BDS Movement (Boycotts, Divestments & Sanctions) and War on Want, calling upon G4S customers and investors to dump the company.

This past June the $40 billion Bill & Melinda Gates Foundation, which had held more than 3 per cent of G4S shares, announced that it had sold its entire stake.

Other G4S contracts, less publicised, go unchallenged. UK executives let slip at an event for financial analysts in London back in May 2011 that the Arab Spring’s civil unrest had sparked rising demand for private security services.

In Egypt and Bahrain, G4S gained “visibility among government heads of security” and “built the brand”, executives said. In Saudi Arabia, the company’s support for the regime during popular protests earned local staff, by royal decree, a two-month bonus.

In the UK, G4S holds £700 million worth of public contracts and continues to win government work regardless of multiple brushes with the law. (Its biggest single customer is . . . the Ministry of Justice.)

The Serious Fraud Office is investigating G4S’s public contracts: among other irregularities G4S and its ‘competitor’ Serco had charged the taxpayer fortagging and monitoring ex-offenders who were dead. G4S has admitted to ‘overbilling’ — the corporate euphemism for theft.

Chief executive Ashley Almanza, explaining the matter to the Public Accounts Committee in November last year, said: “I don’t think we did correctly tell the difference between right and wrong.”

Not for the first time.

In London last year an inquest jury found that Jimmy Mubenga, who died on a British Airways plane in 2010 as three G4S guards heavily restrained him, had been unlawfully killed.

Three years ago, G4S was fined Aus$285,000 for its part in the death of an Aboriginal man called Mr Ward in the back of a prison van in Western Australia in 2008.

Appeal court judges in London in February 2010 said G4S guards had acted unlawfully in the lethal restraint of a boy at Rainsbrook Secure Training Centre near Rugby in 2004.

Lord Justice Sedley described the lad, whose name was Gareth Myatt, as “an undersized, underweight 15-year-old who had done no more than show his fist to an officer twice his size”. That officer, six foot, sixteen stone Dave Beadnall, has since been promoted and put in charge of health and safety at G4S children’s homes in the UK.

A long way from Guantánamo? Maybe not so far.

This article first appeared on OurKingdom on openDemocracy, here.

Clare Sambrook is a novelist, freelance journalist and a founder of the citizens’ campaign End Child Detention Now. Clare is a coeditor of OurKingdom, the UK section of openDemocracy.net. In 2010 she won both the Paul Foot Award and the Bevins Prize for outstanding investigative journalism.

Brook House inquiry: ‘I was a cog in an inhumane machine which drove people ...

Our print magazine is Proof. Contributors include Michael Mansfield QC, Bob Woffinden, David Rose, Eric Allison and Ian Cobain.
Buy Proof Magazine
The latest issue (Why legal aid matters) includes Helena Kennedy QC and Martha Spurrier in conversation, David Conn on the legacy of Hillsborough - plus how to build your own law centre.
Clare Sambrook is a novelist, freelance journalist and a founder of the citizens’ campaign End Child Detention Now. Clare is a coeditor of OurKingdom, the UK section of openDemocracy.net. In 2010 she won both the Paul Foot Award and the Bevins Prize for outstanding investigative journalism.