Naked Rambler prosecution: the law is making itself look ridiculous

Naked Rambler prosecution: the law is making itself look ridiculous 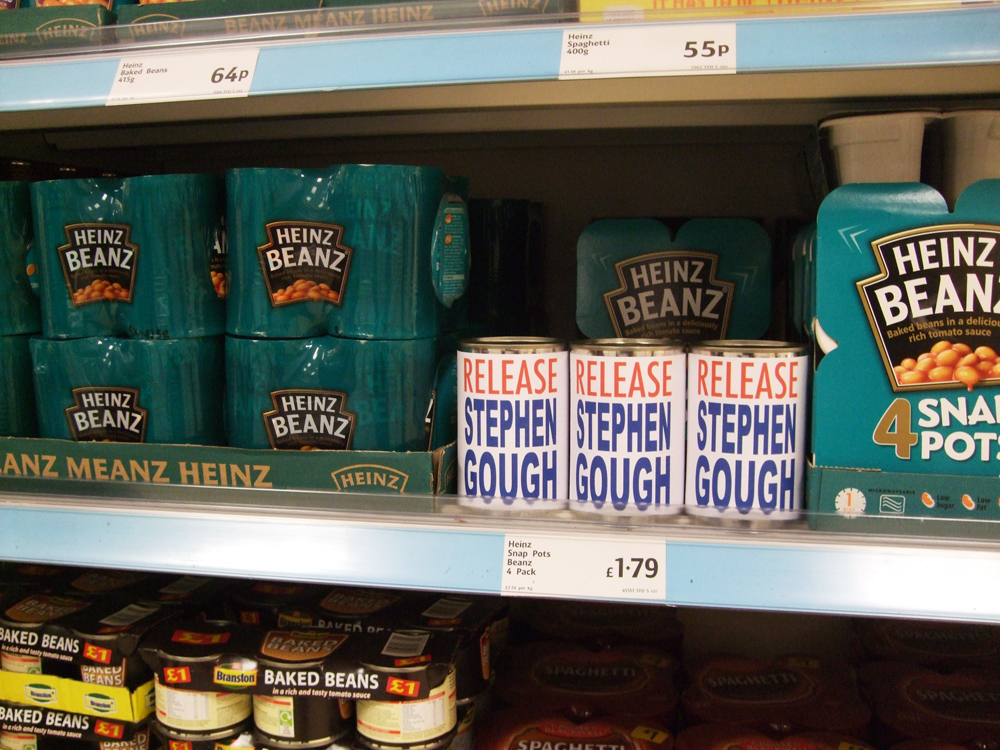 I have previously written rather sympathetically about Stephen Gough the booted and bearded ex-Marine, better known as ‘The Naked Rambler’ on www.barristerblogger.com. Gough has just been gaoled for another two and a half years – see report here.

Well I apologise for doing so again because there are, of course, any number of more important issues, except to him. Mr Gough is a strange obsessive, whose determination never to wear clothes has apparently even alienated him from his own children.

His obsessiveness is matched by the determination of Hampshire Police and Wessex CPS who have been relentless and very successful in their attempts to ensure that the sensitive residents of Winchester are not caused any distress by the sight of Mr Gough’s private parts. They have persuaded a court to impose an indefinite anti-social behaviour order, or ASBO, on him, which means that he commits a criminal offence if he does not wear his clothes in public. The only exceptions are that he is allowed to go naked in a changing room, on a nudist beach or for a medical examination.

Gough has spent most of the last eight years in prison. His latest crime was committed as soon as he was released from his last sentence. On emerging from the grim gates of Winchester Prison, wearing only a pair of boots and carrying his belongings in a pair of HM Prison plastic bags, he was met by Police Constable Moody who was equipped with a tracksuit and charged with a task that has eluded all previous law enforcement officers for the last decade: to persuade the Rambler to put on at least the bottoms. When he refused PC Moody arrested him and took him back into custody.

It is not, in itself, unlawful to go naked in public. It is an offence under S.66 of the Sexual Offences Act 2003 to expose ones genitals with intent that someone should thereby be caused ‘alarm or distress’ but nobody has ever suggested that Mr Gough had such an intent. It can be an offence to cause a public nuisance and ‘harm the morals of the public or their comfort, or obstruct the public in the enjoyment of their rights’ but as an earlier and more successful nudist, Vincent Bethell, showed in 2001 juries are reluctant to find that merely being naked in the street does anything of the sort.

Prosecutors are too canny to charge Mr Gough with these offences, not least because there are defences to them and they fear that he would be acquitted.

Mr Gough has in the past been charged under S.5 of the Public Order Act 1986, which makes it an offence to use: ‘threatening, abusive or insulting words or behaviour, or disorderly behaviour … within the hearing or sight of a person likely to be caused harassment, alarm or distress thereby … .’

This offence however, is only triable in the Magistrates Court and cannot be punished by a sentence of imprisonment.

So the only way that Mr Gough can be reliably restrained is to tailor him, as it were, a bespoke ASBO. As far as I am aware nobody else is subject to a similar order.

It is extremely hard to come up with a defence to breaching an ASBO. In the past Mr Gough has been represented by very able counsel who have struggled, without much success, to persuade judges that it breaches his human rights. On this occasion, it sounds as though he was again defending himself, while the prosecution were represented by Simon Jones, a senior barrister.

There were the usual arguments about whether Mr Gough could appear naked in the dock during his trial (the judge, like her predecessors, would not allow it) and, untroubled by any defence arguments the jury duly took less than 15 minutes to convict him.

Judge Jane Miller QC then sentenced him to two and a half years imprisonment, while expressing the wish that he could be found some sort of ‘closed community’ where he could live a life of cloistered nakedness.

Anybody who knows Judge Miller would agree that a more humane and sensible judge would be impossible to find, but in this case I think she was wrong.

An eccentric who poses no risk to anybody is being made to spend the rest of his life in gaol – incidentally at huge public expense – because of a law that has been crafted to criminalise his chosen way of life.

He has already spent most of the last eight years in prison. When he is released (after serving half of his latest sentence) he will have served the equivalent of virtually a 20 year prison sentence. Had he defrauded an elderly lady of her life savings he could not have been sentenced to more than ten years. Had he raped a twelve year old child he might have received a sentence of about 16 years.

Judge Miller obviously recognised the undesirability of these repeated gaol sentences, hence her suggestion that he might be able to live in some ‘closed community’. Obviously a prison might qualify, but I think she had something rather more congenial in mind.

On costs grounds alone this might make sense. According to the latest Ministry of Justice figures in 2012/13 it cost £37,220 to keep someone in an entirely state run prison for a year (down from £37,878 in 2011/12). (If Mr Gough is kept in an entirely privately built and managed “PFI” prison the cost would be closer to £46,000, although in the bizarre world of prison economics other types of privately run prisons work out cheaper).

Judge Miller probably had in mind somewhere like the Croft Country Club, a ‘friendly family orientated Naturist club located in the middle of the fens on the Norfolk Cambridgeshire border’. It comes with all sorts of attractions, including a putting green, a sauna and even a petanque court. It is true that it is not a ‘closed community’ but when the fenland fog comes down in late November it probably feels like one. If Mr Gough could be persuaded to ‘go “glamping” in Ashwood our camping pod (bring your own bedding and towels or bedding bale for hire)’, then the charge would be £135 for a three or four night break, and £150 on Bank holiday weekends. Even assuming no discount for a two and a half year stay, this would work out about half as expensive as accommodating Mr Gough in prison, even if he didn’t bring his own bedding.

All this might provide a solution if the Naked Rambler was willing to eke out the rest of his life playing petanque in Wisbech. Unfortunately he would rather wander around Winchester, or, failing that, go to prison.

The solution is a very simple one.

Stop prosecuting him for breaching his ASBO. If he does things that would constitute a crime if done by others by all means throw the book at him.

Otherwise please stop wasting our money on what has long since become the persecution of a harmless eccentric. He has chosen to look ridiculous. The law is making itself look ridiculous.

Our print magazine is Proof. Contributors include Michael Mansfield QC, Bob Woffinden, David Rose, Eric Allison and Ian Cobain.
Buy Proof Magazine
The latest issue (Why legal aid matters) includes Helena Kennedy QC and Martha Spurrier in conversation, David Conn on the legacy of Hillsborough - plus how to build your own law centre.
Matthew is is a barrister at Pump Court Chambers specializing in criminal law

15 responses to “Naked Rambler prosecution: the law is making itself look ridiculous”

Kent council threatens Priti Patel with legal action…
CPS to reconsider decision not to prosecute man who…
Noises on and off: in the magistrates' court
Met accused of 'institutional racism' over Robyn…
The lonesome death of Prince Fosu