MoJ says you don’t need a lawyer at an Inquest. Trust the State

MoJ says you don’t need a lawyer at an Inquest. Trust the State 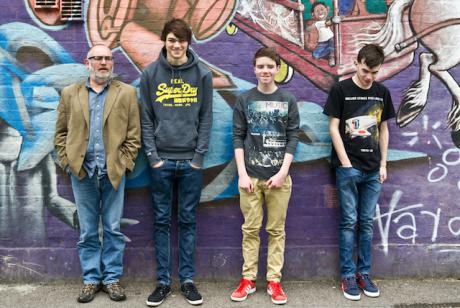 An inquest gives families and the public a chance to find out what led to a person’s death. Agents of the state may be represented by publicly funded lawyers. What about families?

You can meet my son, Connor Sparrowhawk, here in a 90 second slide show of his life. Connor is known online as LB (Laughing Boy), the pseudonym / nickname I’ve used on my blog since 2011. My son was 18 years old when he drowned in the bath in an NHS specialist facility (Slade House Assessment and Treatment Centre run by Southern Health NHS Foundation Trust) on 4 July 2013. He had learning disabilities and epilepsy and should never have been left alone to bathe unsupervised. Two months after his death, an unannounced Care Quality Commission inspection of Slade House found it to be inadequate in all 10 measures of assessment. Enforcement notices were issued and Slade House has been closed to new admissions since. In February 2014 an independent report found that Connor’s death was preventable.

A letter to the Ministry of Justice

I’m writing because I’m pretty concerned about this statement you issued to BBC Radio Oxford a couple of weeks ago when asked why there was no legal aid for families to cover representation at inquests:

“An inquest is aimed at helping families find out the circumstances behind the death of their loved one. Lawyers are not usually required as the hearings are specifically designed so people without legal knowledge can easily participate and understand what is happening.The coroner is there to investigate the death and can put questions on behalf of the family during proceedings.”

This has a touch of In the Night Garden about it. Naive, meaningless fluff. You present a version of the inquest coated with parma violets, butterscotch and cream soda. Devoid of context. You suggest that families put their trust in the coroner. Yes. Maybe. But they should also be aware that other interested parties (such as the NHS, the prison service, police, local authority) may well turn up mob handed with barristers and the like. Determined to close down questions and limit the investigatory process.

And it isn’t just about what happens at ‘the inquest’. The inquest is a process not an event that happens within a set space at a particular time, as I’m sure you know. It’s a process that involves evidence gathering and submissions. Without legal representation, how can families be sure that the questions they want answered are going to be asked? I’m not being funny, but coroners are only human and can’t go through the mountains of paperwork associated with a particular death in the level of detail necessary. And a family who are experiencing the gut wrenching and devastating despair associated with bereavement aren’t best placed to (and shouldn’t have to) trawl through records and documents.

If, as you also suggest, the inquest is inquisitorial and not adversarial, why have Southern Health been arguing for the narrowing of our son’s inquest to one with no jury and no Article 2 engagement? In your sunshine version surely Southern Health would be there cheering on in the sidelines for an inquest best placed to answer questions? With openness, candour and transparency. Not fighting the toss on these points. With spurious, insensitive and offensive arguments that include death by drowning is neither unnatural or non-violent.

Gerry is in huge demand by the police and medical defence organisations to appear at Article 2 inquests? In huge demand?? How does this fit with your bland statement that families need no legal representation? It makes no sense at all. You must be completely distanced from the reality of the process, or worse.

I don’t know how to convey to you how we felt on the morning of LB’s pre-inquest review meeting. Back in November. When, three hours before the meeting, we found out who was representing the Trust. Such a blatant sign of their determination to fight. To fight about the circumstances of the death of our son they’d previously accepted was preventable. I really don’t know how an NHS Trust can possibly defend the death of a patient with epilepsy in the bath but that’s clearly not stopping them. I’m just relieved we have a legal team that shine a fierce light on human rights issues. A team drenched in integrity. And no whiff of parma violet pong.

Advising families they don’t need legal representation at inquests is simply wrong. Each situation is different. And clearly in some contexts legal representation is a necessity. I can’t imagine what it’s like to end up with an unsatisfactory inquest outcome. Other than making the worst thing you could ever imagine so much worse. This is unforgivable. And who funds this representation needs examination and reform. It isn’t fair that families have to pay.

It strikes me it might be helpful to send a few of your bods out to attend some inquests involving deaths in NHS Trusts. To get an idea of how it works in practice. Our next pre-inquest review meeting is on January 13th in Oxford if that’s any help.

Sara Ryan is a senior research lead in the Nuffield Department of Primary Care Health Sciences, University of Oxford

Our print magazine is Proof. Contributors include Michael Mansfield QC, Bob Woffinden, David Rose, Eric Allison and Ian Cobain.
Buy Proof Magazine
The latest issue (Why legal aid matters) includes Helena Kennedy QC and Martha Spurrier in conversation, David Conn on the legacy of Hillsborough - plus how to build your own law centre.
Sara Ryan is a senior research lead in the Nuffield Department of Primary Care Health Sciences, University of Oxford

Episode 12: ‘It is very rare for an inquest to deliver…
Mental health trusts spend over £4m on lawyers for inquests
Poor communication on mental health ward contributed to…
Bereaved families should have ‘an automatic right’ to legal…
Systemic failures in prison healthcare contributed to the…