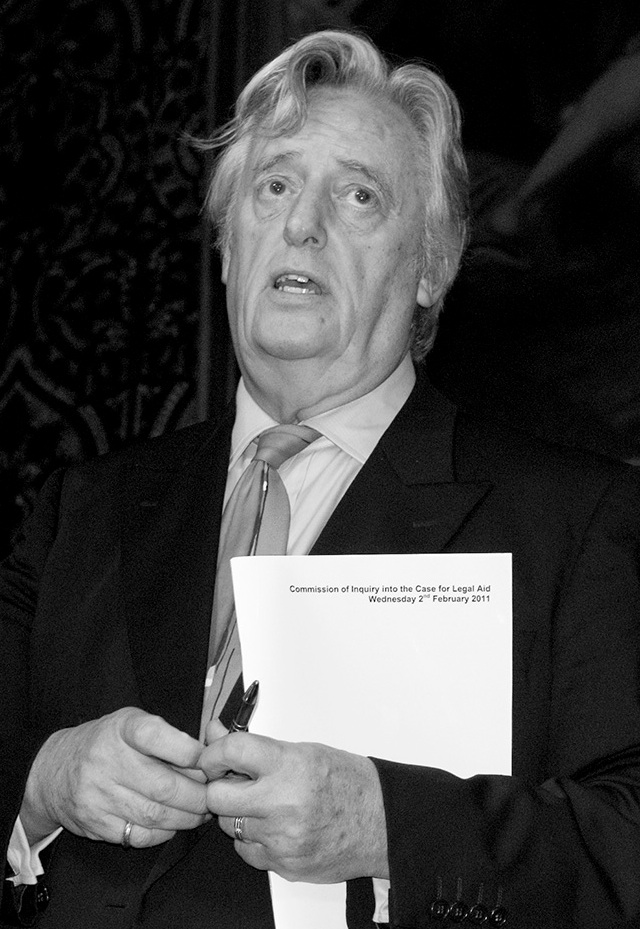 Instead of closing the gap, a huge chasm has just opened up right at the top of the system, writes Michael Mansfield QC. It is a shocking and disgraceful manoeuvre by those who carry the core responsibility for maintaining and protecting the provision of justice. This value is central to any meaningful democracy, and is the attribute trumpeted across the world by our political leaders.

Michael Mansfield writes: But, take note people of the Arab spring, people of Iraq, people of Afghanistan, people of Iran and Syria, that back home in the UK we have key figures colluding and conniving at destroying the fabric of fundamental rights to satisfy their perceptions of popularity and their grasp on power.

In the wake of electoral humiliation, the Lord Chancellor/ Justice Secretary in tandem with the Home Secretary, both felt not for the first time, that they could use the opportunity to jettison the European bedrock of human rights in order to curry favour with the electorate. Such cheap posturing displays an irresponsible and totally unrealistic disregard for historically enshrined principles.

Whether they meant what they said or were merely huffing and puffing matters not, because in either event they cannot be entrusted with our future freedoms.

‘I cannot conceive a situation where we could put forward a serious reform without scrapping Labour’s Human Rights Act and starting again….we need a dramatically curtailed role for the European Court of Human Rights in the UK.’

Grayling went on to tell the BBC that he was ‘absolutely certain’ that the Conservative Party would go into the next election with a plan that would change human rights law. When asked whether this meant a withdrawal from the European Convention he replied that he had ‘not ruled anything out’.

Theresa May echoed these sentiments in rather more strident terms as reported by the Mail on Sunday. She proposed that the Tory manifesto for the next election should provide for UK judges to be free to interpret the law without interference from Strasbourg (i.e. withdrawal from the European Court). Before the election in 2015 she proposes that the UK should withdraw from the Convention itself.

Bringing rights home
These propositions display a lamentable lack of understanding of the history of these rights, how they fit into an international network of other treaties and conventions which the UK has signed, their own party pledges, and most of all the evolution of common law rights in the UK long before the codification and incorporation of rights in the Human Rights Act which was intended to ‘bring rights home’.

The origin of the Convention arose from the ashes of the Second World War with a worldwide recognition that there was an imperative need to avoid, by legal means, the injustice wrought by the exercise of overweening force. The UN set about this with its Charter and Declaration of Human Rights. The Council of Europe engaged in a similar process. The principal architects and inspiration came from prominent Conservative politicians, Sir Winston Churchill. Sir David Maxwell Fyfe and Harold Macmillan. Churchill envisaged a ‘united states of Europe’. Interestingly none of this went down well in the Labour party.

Extraordinarily weird
The reason the UK took a lead role is because it’s common law had already developed norms that embraced basic rights for example concerning due process and fair trial. Reflecting on this position it is clear that if the UK withdraws from both the Court and the Convention the judiciary would revert to the same principles under common law, possibly with a more fiercely independent posture. It would not make the difference so fondly embraced by tabloid protagonists.

In any event the vast array of other treaties, conventions and protocols dealing with rights to which the UK is a party make this initiative quite unrealistic and unworkable. Besides, as the Attorney General has sensibly pointed out, it sets a bad example to the rest of the world and places us alongside pariah states.

More importantly the message would be unambiguous that we have lost faith in the Convention and to that extent in the rule of law. This gives licence and authority to those states who already ignore their obligations to continue to do so with impunity.

All extraordinarily weird after expending so much time and effort promoting human rights adherence and making it a precondition for joining the European Union (e.g., Turkey). But then maybe that’s what it is really about. Ousting UKIP as the party that hates Europe the most and leaving the Union.

However drafted, none of the rights in the Convention (reproduced in the HRA) are ‘trivial, superfluous or unnecessary’ in the words of Lord Bingham, probably the greatest advocate of these protections in our lifetime. How are they unBritish he challenged? He – nor I, nor anyone of right mind – would wish to live in a society where these rights are not enshrined, nor in a society where there was one set of rights for the British and another for the rest.

Withdrawing from the Court and not the Convention is a ‘no brainer’ UK courts would still have regard to the Convention and individual citizens might be able to bypass Strasbourg and use the ECJ, if the EU itself signs the Convention. It needs to be remembered that the vast majority of HR cases are decided in the UK courts and only a tiny proportion in the ECtHR, of which an even smaller number concern foreign criminals or immigrants.

But wait a minute, all of this is a far remove from the grand expressions of liberty, fraternity and equality in the coalition agreement and the terms of reference for the recent Bill of Rights commission set up to consider these issues. The purported objective was to ‘build on all our obligations under the ECHR and ensure that these rights continue to be enshrined in British law and protects and extends British liberty. We will seek to promote a better understanding of the true scope of these obligations and liberties’.

Somehow I don’t think so. Would it be unreasonable, therefore, to conclude that the two ministers most closely involved in all this have become ‘unfit for purpose’?

This reprehensible game playing with rights has to be set alongside all the other equally detrimental positions adopted by the Coalition: the extension of secret civil court hearings, severe legal aid cuts resulting in diminishing services, restrictions on access to judicial review, attacks on the independence of the judiciary.

One response to “Michael Mansfield QC: stop playing with our rights”

Episode 3: ‘People are coming together. It’s…
Episode 2: 'This isn't spying on terrorists. This is…
Episode 1: ‘A mother died - and a campaigner was born’
Introducing the Justice Gap podcast
'Ministers must end their attacks on lawyers'