‘The need for vigilance is more important than ever’

‘The need for vigilance is more important than ever’

I am reminded of the famous Monty Python sketch in which four Yorkshiremen competitively gripe about just how ‘bad’ the bad old days were: ‘There were 150 of us living in a shoebox in the middle of the road,’ says one. ‘Cardboard box?’ replies his friend. ‘You were lucky…’

However, having just completed my fiftieth year of practice at the Bar, I reckon I am well placed to compare the state of the legal world as it is now, relative to my early years of legal practice.

Michael Mansfield QC has acted in many high profile miscarriage of justice cases including the Birmingham Six, Guildford Four and the Cardiff Three. The leading human rights lawyer has written the foreword for Jon Robins’s new book Guilty until proven innocent: the crisis in our justice system published last week by Biteback Publishing. You can order the book here.

It’s not that nothing has changed – it has got worse. The need for active vigilance is now more important than ever. Once again, Jon Robins, in his groundbreaking and persistent work, has performed the vital task of pinpointing where the justice systemis continuing to fail.

Those who cannot remember the past are condemned to repeat it. As I write this, I look back over the past six months. In 2016, Labour MP David Lammy was asked by the then Prime Minister David Cameron to conduct an investigation into the over-representation of black and minority ethic people in the criminal justice system.

You would think from the results of his review that the lessons contained in the landmark Macpherson Report, which was published almost twenty years ago a er the racially motivated killing of Stephen Lawrence, was merely a straw in the judicial wind.

In his report, David Lammy describes prejudice, bias and discrimination in the justice system as a ‘social time bomb’ that requires urgent action. He has called for a review of the common law doctrine of joint enterprise, which has disproportionately targeted young black people in our cities (as Jon looks at in the book).

It was the authorities’ attitude to black youth, and its impact on the investigation, that lay at the heart of the grotesque mishandling of Stephen Lawrence’s murder case, as well as the appalling treatment of his family. A matter still to be scrutinised by the undercover policing inquiry, which was established by Theresa May amid cries of horror at the idea of an unaccountable police state within a state. ere has been an unexplained and inexcusable delay since the inquiry was launched in July 2015. Nearly three years on and still no evidence has been heard. Maybe the inquiry itself will be undercover?

Two cases were dropped in the space of a week in December 2017, due to shocking failures to disclose by the police and Crown Prosecution Service. ere have been further collapses in the new year. In one case (Liam Allan, see also Jon’s book), the withheld material, communications between complainant and defendant, could not have been more obviously vital. e prosecution acted like another of John Cleese’s best-known creations – Fawlty Towers’ Spanish waiter, Manuel: ‘I know nothing’.

For those of us who practise in the criminal courts, such disclosure failures are an all too common experience. They are certainly not limited to sexual offences. Figures show that, in 2016, 900 cases were dropped due to issues with disclosure, up from 732 the previous year and 537 in 2014.

For the Director of Public Prosecutions, Alison Saunders, to attempt to assure us that there have been no miscarriages as a result, as she did earlier this year, is an extraordinary claim. Tell that to the young student, Liam Allan, who was very nearly convicted and his life almost ruined.

What is going on? We went through this in the 1980s with the ‘Irish’ cases – the Birmingham Six and Judith Ward – discussed in this book. e judges hoped such gross non-disclosure would not be repeated. Subsequently, various safeguards were put in place, but, apparently, to little avail. At the end of the day, it depends on the quality of the personnel charged with the duty of disclosure as well as a conscientious judiciary.

Within a few days of such revelations, the forensic science regulator, Dr Gillian Tully, issued a stark warning that ‘without urgent action there would inevitably be miscarriages of justice’.

Wait a minute. We’ve been here too. Forensics, like vast areas of the justice system and the health service, have been deregulated and fragmented in the private sector. In 2012, the government abolished the Forensic Science Service, which, despite its failings, tried to set basic benchmarks.

There is, of course, another agenda at play here. Austerity. There have been huge cuts across the board. By the end of the decade, the Ministry of Justice’s budget (which covers prisons, probation and the legal aid system) will have been slashed by 40 per cent since the coalition government came to power in 2010.

Such cuts are already impacting on the availability of quality lawyers, police and prison officers and even judges.

When I started out, British justice was held up as an example to the rest of the world. It has been diminished and demoralised. I write this without accounting for changes to legal procedure that have changed the landscape: the abolition of the right to silence; the relaxation of rules relating to the admission of hearsay and previous convictions; the abolition of the need for corroboration; and the pressure for early pleas. It’s not so much convicting the guilty, but putting the innocent at risk.

You are guilty until you prove you are not.

Called to the Bar in 1967, Michael Mansfield QC established Tooks Court Chambers in 1984 and took silk in 1989. He has written extensively in all major broadsheets and law journals and he has appeared in several documentaries. He is the president of Amicus, Haldane Society of Socialist Lawyers and National Civil Rights Movement. He fully supports the work of the Fitted-In Project 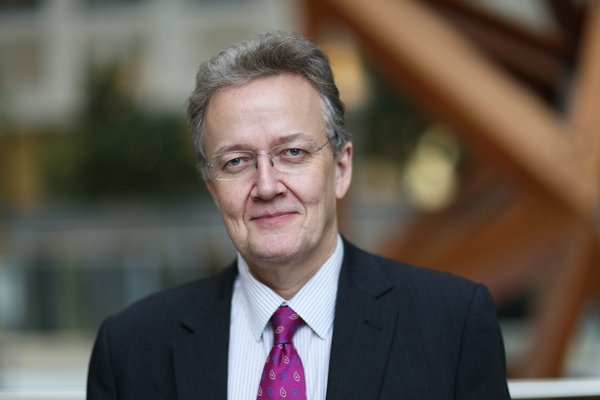 Our print magazine is Proof. Contributors include Michael Mansfield QC, Bob Woffinden, David Rose, Eric Allison and Ian Cobain.
Buy Proof Magazine
The latest issue (Why legal aid matters) includes Helena Kennedy QC and Martha Spurrier in conversation, David Conn on the legacy of Hillsborough - plus how to build your own law centre.
Called to the Bar in 1967, Michael Mansfield QC established Tooks Court Chambers in 1984 and took silk in 1989. He has written extensively in all major broadsheets and law journals and he has appeared in several documentaries. He is the president of Amicus, Haldane Society of Socialist Lawyers and National Civil Rights Movement. He fully supports the work of the Fitted-In Project

Episode 3: ‘People are coming together. It’s possible to…
Barristers call on ministers to make legal aid available in…
UNJUST Podcast: Prisons during a pandemic
Episode 6: 'It was a political trial - start to finish'
Civil legal aid scheme only survives on lawyers' ‘goodwill',…