Does Magna Carta mean nothing to you?

Does Magna Carta mean nothing to you? 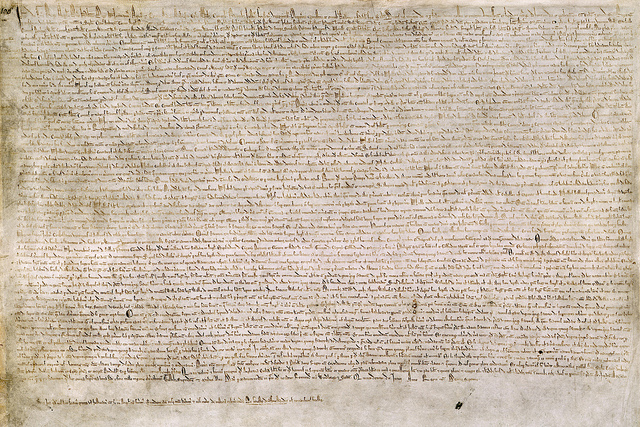 On 15 June 1215, Magna Carta Libertatum – or the Great Charter of the Liberties of England – was sealed by King John at Runnymede, near Windsor, to grant certain liberties to all free men in the Kingdom of England. The charter established, for the first time, that no one in England (it pre-dated the Acts of Union between England and Scotland by almost five centuries) shall be imprisoned or deprived of his liberties except ‘by lawful judgment of his peers or by the law of the land’. 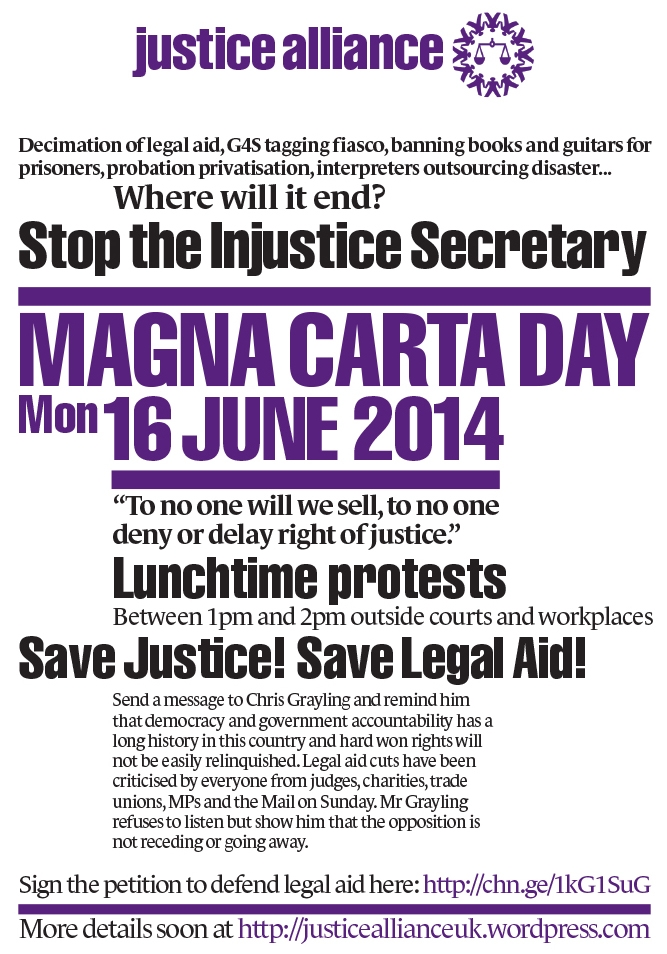 Magna Carta remains in force today, in part at least: the fundamental right of all free men to due process of law, contained in the original Latin text and at clause 29 of the Magna Carta 1297, is still on our statute book today.

Lord Bingham of Cornhill, a former Lord Chief Justice and the author of the seminal constitutional law work The Rule of Law, described the sealing of Magna Carta as ‘an event that changed the constitutional landscape in this country and, over time, the world’. In Lord Denning’s view, Magna Carta is “the greatest constitutional document of all times – the foundation of the freedom of the individual against the arbitrary authority of the despot”.

This week marks the 799th anniversary of the sealing of this great charter by King John. Next year the Ministry of Justice will commemorate the 800th anniversary of Magna Carta with a series of events, including a global legal summit in February to showcase ‘Britain’s unrivalled legal expertise” and promote the UK as “the destination of choice for global business’.

But increasingly vociferous opposition to the government’s justice and legal aid reforms threatens to overshadow the Magna Carta celebrations.

Both solicitors and barristers have united this year in unprecedented ‘days of action’ in protest against wide-ranging cuts to civil and criminal legal aid. The Shadow Secretary of State for Justice, Sadiq Khan, described the cumulative effect of the government’s justice policy “attacks on human rights; curtailing judicial review; restricting no-win, no-fee cases; and restrictions in access to legal aid” as adding up to “a huge assault on the rights of individual citizens, and a government insulated from being held to account”.

Charities, lawyers’ clients and celebrities have also expressed their discontent with the gradual erosion of the justice system resulting from cuts – by successive governments – to the eligibility criteria and scope of legal aid. The Justice Alliance has produced a moving short film featuring people who have directly benefited from legal aid (and Stephen Fry) in support of its petition to save access to justice. A further protest has been organised for ‘Magna Carta Day’ on Monday. If you want to get involved on Magna Carta day – details HERE.

The connection to Magna Carta should be apparent: the charter proclaims (and this remains on the statute book) that ‘To no one will we sell, to no one deny or delay right or justice’. Access to justice must be an essential requirement of any legal system, but it cannot be effective without practical means to enforce legal rights, in the courts if necessary. This is why legal aid was introduced by the Legal Advice and Assistance Act 1949 and was progressively extended until, by the mid-1970s, almost 80% of the public qualified for advice on the majority of civil legal aid matters.

However, the civil legal aid scheme has been restricted to the extent that now only approximately one-third of the population are financially eligible for publicly funded legal advice and representation, and vast areas of law, including debt, employment, education, immigration and housing have been almost entirely removed from scope.

In criminal legal aid, drastic cuts to fees for solicitors and barristers acting for clients on legal aid – with the explicit intention of reducing the number of providers – have already threatened the viability of major criminal trials. Miscarriages of justice are inevitable, and in the civil arena the silent injustice will be the legal challenges that are not brought and the wrongs that are not righted because the availability of legal aid has been so restricted.

In launching the programme of events to commemorate the 800th anniversary of Magna Carta, then-Lord Chancellor and Secretary of State for Justice Kenneth Clarke referred to the oath taken by Lord Chancellors to ‘respect the rule of law, defend the independence of the judiciary and discharge my duty to ensure the provision of resources for the efficient and effective support of the courts for which I am responsible’. Clarke said the words of that oath resonate with the promise of Magna Carta that no one shall be denied right or justice.

The current Lord Chancellor, Chris Grayling, has been accused of undermining the rule of law and thus losing the confidence of the legal profession. According to Grayling’s predecessor, ‘the principles of Magna Carta are a reference to which we should always return to ensure that we are proceeding in the right direction’.

These are fine words that should be heeded by policymakers. However, the many charities, lawyers and recipients of legal aid protesting against government cuts may consider that actions in support of legal aid would speak louder than disingenuous words.

3 responses to “Does Magna Carta mean nothing to you?”

Anti-fracking campaigners defeat ‘draconian’ injunction
Prosecutors could be allowed to direct police investigations
Council of Europe criticises UK's low of age of…
At least 6,000 children a year denied legal aid
The Colston Four and 'the right side of history'