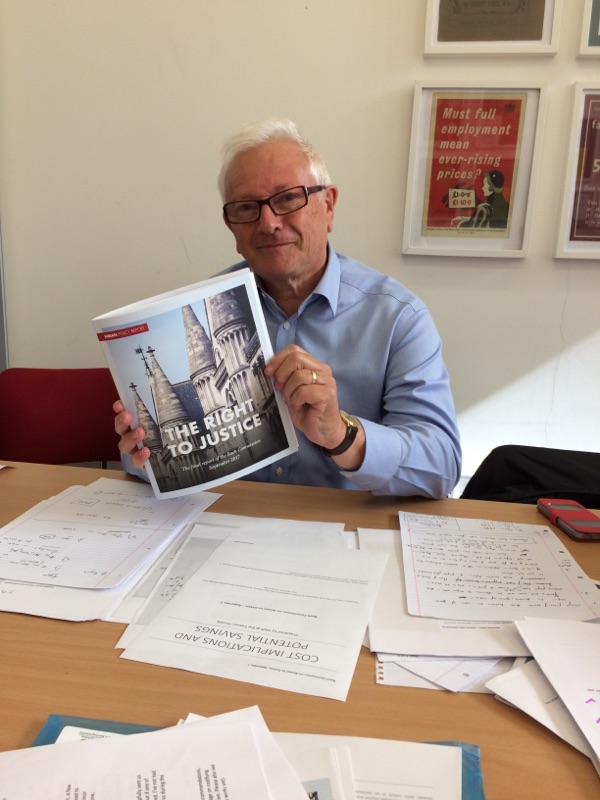 INTERVIEW: Now is not the time for party politicking, Lord Bach tells Catherine Baksi, as he shares his hopes to restore political consensus and enshrine the right to justice. This article first appeared on LegalVoice

Lord Bach, Labour’s former justice spokesman, and current Leicestershire police and crime commissioner, is in buoyant mood when I meet him at the Fabian Society, minutes down the road from the Ministry of Justice in Petty France. The room is heavy with the scent of the good quality paper that the final report of his Bach Commission is printed on.

The ‘radical’ idea for a statutorily enshrined right to justice, that will put a duty on governments to ensure everyone has timely and affordable access to legal advice, he says will be a ‘game-changer’.

‘Once it’s on the statute book, the game changes – the government and government departments are obliged to follow the act of parliament,’ he says, putting the duty to provide legal advice on a par with the provision of healthcare and education.

A Right to Justice Act, he hopes, will take the party politics out of it. ‘We are looking for a return to the consensus that there was for many years after the passing of the legal aid act of 1949. That consensus has broken down and needs to be put back together. That’s not to say there shouldn’t be differences – there is bound to be, but they should be at the margins and not about the principles involved.’

But Bach is realistic about how soon this ‘dramatic’ proposal can come to fruition: ‘We don’t expect it to happen this year or next year, but we want it to happen in the near future and we will be campaigning and will keep the momentum going for it.’

He would, he says, love the proposal to be adopted by the major parties, and stresses, that although the report was instigated by the Labour party, it does not set out Labour party policy. ‘That’s for the front bench of the Labour party to decide, but we hope they’ll adopt our conclusions,’ he says.

With the reality that the proposed Right to Justice Act is some way off, the Commission also proposes urgent policy changes to prevent the current ‘crisis’ from getting worse. They include increasing the number of people who are eligible for legal aid by reforming the means test and restoring legal aid for some of the areas of law were it has been removed.

The Commission also proposes scrapping the Legal Aid Agency (LAA), which under the auspices of the Ministry of Justice administers legal aid, and replacing it with an independent body.

‘The experiment of having it [the LAA] as part of the Ministry of Justice hasn’t worked. There is neither the independence, nor the perception of independence that is necessary for the public to have support for the system,’ says Bach.

Action on these issues, he says must be taken now. ‘We understand the Brexit priorities, but there is no reason at all why some of the worst aspects of LASPO (Legal Aid Sentencing and Punishment of Offenders Act 2010) should not be reversed now or in the very near future. Brexit would not be an excuse for not doing that, because it needs to be done.’

The Bach Commission’s report – the culmination of two year’s work – highlights the startling decline in the number of people for whom legal aid is available. In the 1980s, 80% of households were eligible for legal aid. By 2008 that figure had dropped to 29%.

Since the introduction by the Attlee government of the Legal Aid and Advice Act 1949, when ‘governments of all colours gave it greater priority’, Bach points to a gradual change over the decades that has seen legal aid and access to justice play a decreasing part in government thinking.

The problem, he says, was made worse by the introduction of the Legal Aid Sentencing and Punishment of Offenders (LASPO) Act 2012, which removed legal aid for whole areas of civil law, and left many facing legal problems with the choice of fending from themselves of just accepting their lot.

LASPO, he says is ‘probably the worst piece of legislation passed under the coalition government’. ‘Its consequences have been much worse than the government anticipated.’ So much so, he says: ‘You rarely find any Conservatives or Liberal Democrats who will defend Part I of LASPO. It was a mistake, a serious mistake.’

But the blame for the current ‘crisis’, he accepts, does not lie solely with the Conservatives or the Coalition. Labour too sought to wield the axe. ‘We are all to blame to some extent. There are criticisms to be made all round, but what good does that do.

‘I am not that interested in pointing fingers of blame at the moment – it’s got beyond that. What it needed is a new look by all of us in the public sphere at how we provide justice.’

Because, he says: ‘We are in a crisis as far as access to justice is concerned. It’s a crisis that’s been brewing for a number of years, and that has come to a head because of LASPO. But there is still time to put it right, which is what our review tries to do.

‘Part of our aim is to try and turn the corner and ensure that a greater part of the population is eligible for legal aid. Of course we want the poor and the vulnerable to be protected, but we also believe legal aid should be for all those who need it,’ he says, stressing that the issue is a middle class problem too.

‘It’s not just poor and vulnerable people who are affected. A large number of people are now not able to get any legal advice and that has a profound effect on the kind of society we live in.’

He hopes the report will be treated as a ‘serious, grown-up piece of work’ that will prompt discussion and debate in both houses of parliament. ‘We want to up the stakes on this issue. We’ve got practical proposals for change and we think they demand a response. This report is not for the top shelf – it’s for dealing with.’

And Bach is hopeful that the government will deal with it and will act. ‘They certainly need to and we are optimistic. It’s essential that we realise just how important access to justice is in the context of the rule of law. What is vital in a democracy is the right to vote, and also the right to justice.’

‘If the right to justice doesn’t exist for individuals they’ll lose faith in the rule of law. So it’s absolutely vital we get hold of this, hopefully free of party politics, and deal with it, because it’s at the basis of what we stand for as a country.’

This article first appeared on September 25, 2017

Catherine is a barrister turned freelance legal affairs journalist. She is LegalVoice's commissioning editor. You can read her blog at www.legalhackette.com

Our print magazine is Proof. Contributors include Michael Mansfield QC, Bob Woffinden, David Rose, Eric Allison and Ian Cobain.
Buy Proof Magazine
The latest issue (Why legal aid matters) includes Helena Kennedy QC and Martha Spurrier in conversation, David Conn on the legacy of Hillsborough - plus how to build your own law centre.
Catherine is a barrister turned freelance legal affairs journalist. She is LegalVoice's commissioning editor. You can read her blog at www.legalhackette.com

Legal aid at 70: celebrate but get angry at how…

Act now on legal aid 'before its too late', says YLAL 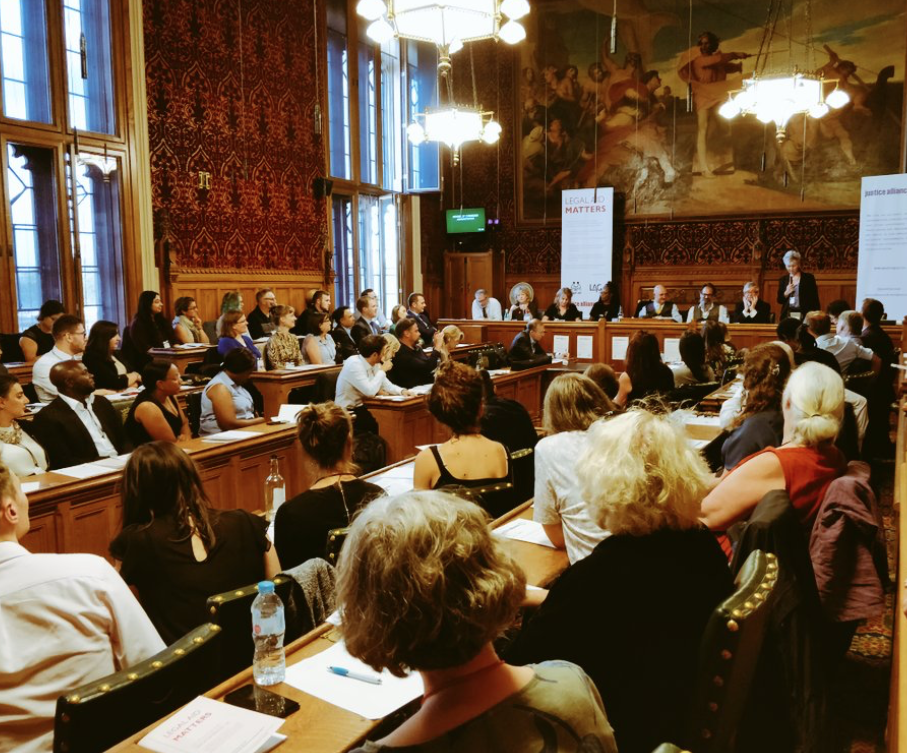 ‘The greatest celebration we can make of legal aid…