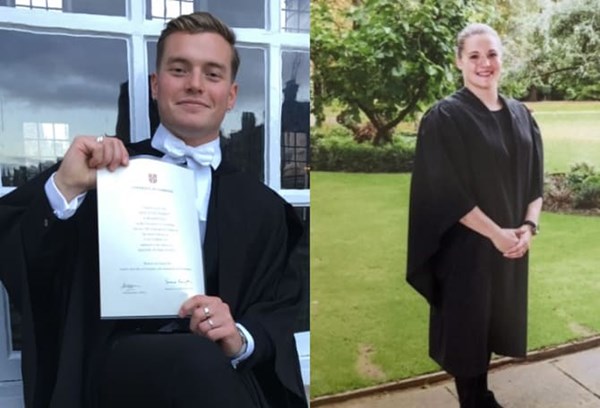 There is no easy solution to the scourge of terrorism.  That Islamic terrorists, or terrorists of any stripe, are a cancer within society is without doubt, but the solution to the question of what we should do with them is not.

Last week’s tragedy on London Bridge, where Umran Khan brutally and cynically murdered the very people trying to help him, has provided a stark example of this dilemma.  Already, the election campaigning has veered towards hardline policies, Boris Johnson unsurprisingly exploiting the tragedy to blame a ‘lefty government’, but with even Jeremy Corbyn resiling from his previous deeply questionable stance that officers should never shoot to kill.

These are policies which emerge in the white heat of rage, a rage that is legitimately felt, but a rage that must be given time to subside before decisions are made.  Fault has been directed at the early release system which allows offenders to be released, by default, at the halfway point of their sentence.

This is a policy that at the time of Khan’s sentencing gave no discretion to the prison and probation staff, requiring release; but is one that has already been reformed, with release on licence now subject to further checks.  To use this attack to overturn a policy that has been vital in reducing overcrowding in prisons, or to encourage the adoption of a more punitive sentencing regime would achieve little other than inflicting further harm.

Instead, it would be better to consider the exceptional nature of this attack. On paper, Khan was a model ex-offender, successfully convincing the Court of Appeal that he was on the road to rehabilitation, and then maintaining this facade throughout his time in prison and after his release.  Even at this stage, he was so convincing whilst participating in a rehabilitative scheme at the University of Cambridge that he was being considered for a place at the university.  That he was able to successfully deceive all who encountered him for over a decade should not be grounds for root and branch upheaval of sentencing policy.

Some will doubtless instead lay the blame at the hem of the judiciary’s robes. It is the Court of Appeal who reduced his sentence, allowing him to be released after eight years, whilst the European Court of Human Rights declared indeterminate sentences unlawful.  Yet, if he was able to fool tens, possibly hundreds of people over years, it hardly seems surprising that he was able to convince a panel of three judges of his sincerity over the course of an appeal. To blame the courts for his release would be like blaming the fracking industry for global warming.  They may be a large cog in a machine, but a cog amongst a multitude, where none are without fault.

Being able to point to isolated tragedies like this weekend’s does not mean that indeterminate sentencing is the solution, or that it is lawful. Sentencing people to prison for an unknown period of time is a iniquitous punishment, condemning them to a potential lifetime of uncertainty.

The solution to people committing crimes cannot simply be to lock them up and lose the key.  There is no way to guarantee that anyone, whether a former offender or a yet to be offender, will not commit a crime, unless we wish to pre-emptively sentence the entire population. The Minority Report was supposed to be a dystopian film, not a blueprint for prison policy.

‘We know Jack would not want this terrible, isolated incident to be used as a pretext by the government for introducing even more draconian sentences on prisoners, or for detaining people in prison for longer than necessary.’
Jack Merritt’s family

David Davis, nonetheless, has claimed that this is ‘precisely what public safety requires’.  Those who have been convicted of certain offences should be locked up permanently because of what they might do, not because of what they have done.  This may be the case, and perhaps should have been the case for Khan. Yet this option already exists, with some dangerous offenders sentenced to life,  required to remain in prison for a specified period, and only eligible for release on licence with the consent of a parole board.  Davis knows this, but has chosen to ignore it to make a political attack on the ECtHR, exactly the same form of cynical politicking he accuses Labour of.

This attack on the courts is not a novel one. The Conservatives have developed an unfortunate habit of attacking the judiciary, decrying the Supreme Court’s decisions for interfering in the will of the people, using such populist messaging to assail the courts’ legitimacy and pave the path to their eventual reform.  In their manifesto, the Tories have proposed an ‘update of the Human Rights Act’ and an end to the ‘abuse’ of judicial review, whilst ministers such as Kwasi Kwarteng have mused menacingly about the ‘biased’ Supreme Court.

Davis’ proposals are entirely consistent with this, suggesting that decisions that the government disagrees with should simply be ignored, whilst approvingly citing the British government’s ongoing failure to remedy the disenfranchisement of prisons as ordered by the ECtHR, as a route map for future responses.

For someone who claims to ‘yield to no one in defence of human rights and the rule of law’, to propose ignoring judicial decisions in the selfsame article takes a particular amount of gall.  Not only is Davis ignoring the risk that a government he does not support could possibly be in situ on 13th December, but he is making a proposal that could only lead to chaos.

Given the frequent majorities governments have, and their control over said majorities (present circumstances excepted), they would have carte blanche to ignore judicial decisions wholesale, dismissing them as inconsistent with the legislature’s whims. This would make Britain a pariah amongst western liberal states, degrading even further what little status we have left on the world stage, turning us from a liberal democracy into a authoritarian regime.

There are some claiming that this is a ‘False Flag’, a deliberate attack staged by the government to aid its electoral campaign.  This is an appalling claim, a gross falsehood that does nothing but cause further harm to the families of the victims.  But this does not mean that we should let politicians’ claims after this calamity pass with little scrutiny.  This attack provides further ammunition to a Conservative party that wants to continue with prison policies that are more brutal and less effective, whilst also shackling the courts from holding it to account.  The memories of Jack Merritt and Saskia Jones, who wanted to spend their lives remedying injustice, deserve better than that.

Theresa May to 'simplify' funding for inquests
'Locking up suspected terrorists is always popular, but…
Courts 'hamstrung' by 'lefty lawyers', claims PM
'Prepare for a full-throated attack on human rights'
London Bridge attacks inquest, legal aid and the public…