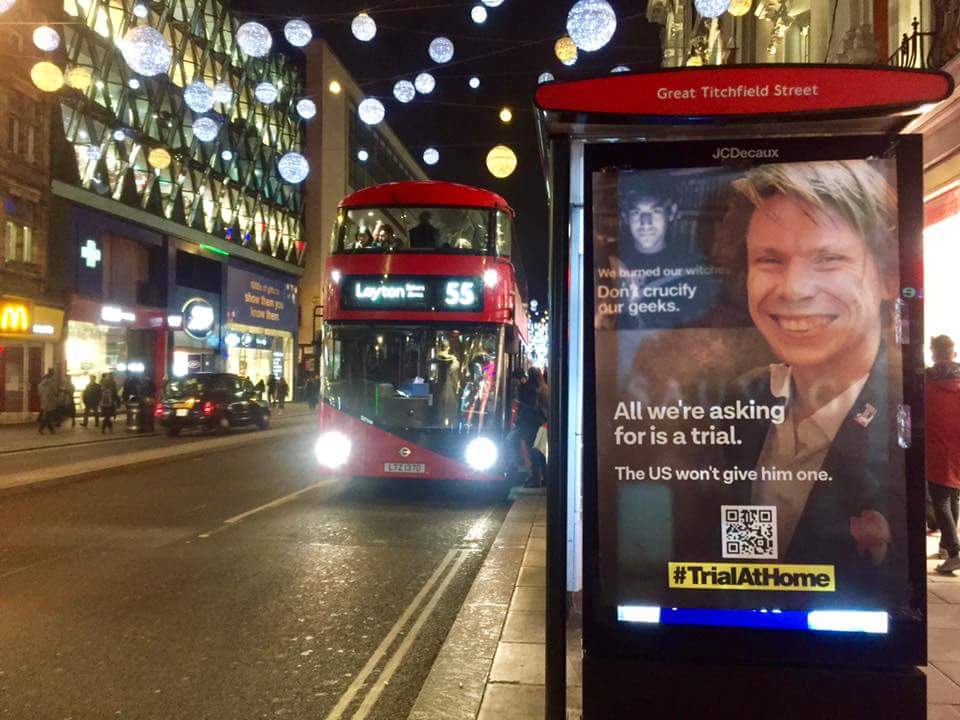 Lauri Love has won his High Court appeal against his extradition to the US. Love was arrested in the UK in 2013 and accused by the US of stealing ‘massive amounts’ of confidential data from government agencies and departments including the US Army and the Missile Defense Agency in 2012 and 2013.

Lawyers for the 33-year-old, who lives in Suffolk, argued that UK law prevented his extradition, on the basis that his alleged crimes were committed while he was in the UK, and that sending him into the American justice system would put him at an elevated risk of suicide because of his diagnosed Asperger’s syndrome.

In their full judgment, the Lord Chief Justice, Lord Burnett of Maldon, and Mr Justice Duncan Ouseley, held both of the grounds of appeal were successful. District Judge Nina Tempia’s 2016 order granting extradition was overturned on the grounds that she had not considered whether anti-suicide measures would, in themselves, have a ‘seriously adverse effect on his very vulnerable and unstable mental and physical wellbeing’.

His supporters had warned the court if he was extradited there was a ‘high risk’ he would kill himself. They feared he would be held in solitary confinement and face a jail sentence of up to 99 years in the US. The court heard evidence from psychiatrists who work in the US prison system and questioned the adequacy of safeguarding procedures in US prisons.

The High Court ruled that Love’s appeal against extradition would be ‘oppressive’, on the basis that his Asperger’s syndrome, combined with his other health difficulties, would leave him either suicidal or medically unfit to enter a plea in American court proceedings. They said: ‘We accept that the evidence shows that the fact of extradition would bring on severe depression, and that Mr Love would probably be determined to commit suicide, here or in America.’ Lord Burnett of Maldon was highly critical of the conditions Love would have endured in US jails, warning of the risk of suicide.

The judge said  Love, who also has depression, ‘did not seek impunity for the acts alleged against him, but contended that he should be tried and, if convicted, sentenced in the United Kingdom’. They urged the CPS to work with US authorities because of ‘the gravity of the allegations in this case, and the harm done to the victims’. They added that ‘if proven, these are serious offences indeed”.

The decision to block extradition was met with cheers in the packed London courtroom. His father Alexander Love said: ‘This is a victory for justice. What makes Great Britain great is that we live in a place with wisdom and compassion.’ Emerging from the front of the court afterwards, Love said: ‘This is not just for myself. I hope this sets a precedent for the future for anyone in the same position that they will be tried here.’ At a press conference later, he added: ‘I am greatly relieved that I’m no longer facing the prospect of being locked up in a country I have never visited. This legal struggle has defined my life for the past four years. I’m not looking forward to be being prosecuted but I think there’s a better chance that it will be done justly and fairly in the UK.’

A spokesman for Mr Love’s solicitors, Kaim Todner, said: ‘It has also been recognised that mental health provisions in US prisons are not adequate to satisfy us that Lauri would not have come to serious harm if he were extradited.’ Emma Norton, head of legal casework for campaign group Liberty (one of the groups making representations), said she was ‘delighted’ the court had ‘recognised Lauri’s vulnerability, close family connections to the UK and the potentially catastrophic consequences of extraditing him’.

The US authorities now have 14 days to lodge a request for an appeal hearing at the UK Supreme Court. A CPS spokesperson said: ‘We have received the High Court’s judgment on Lauri Love which we will now consider before making any further decisions.’