In a windowless, low-ceilinged courtroom in the basement of Glasgow Sheriff Court, a quiet experiment in justice is taking place. The drugs court, set up in 2001 as an attempt to change the way the courts deal with long-term drug addicts whose dependency leads them into crime, rarely makes the headlines. That could be seen as a measure of its success, but it may also reflect the fact that this is a very different environment from the adversarial jousting of the criminal courts, as I discover during an hour in Sheriff Lindsay Wood’s courtroom.

This was originally written for Open Justice UK blog, and appears on Gordon Darroch’s Unreal Domain.

Drug treatment and testing orders were introduced in 2001, pioneered in Glasgow and Fife, as an alternative to custody for people with long-standing addictions. They typically last for 15 or 18 months and are aimed at those who show a sincere wish to break the cycle of crime and drug dependency. Scottish Government data has shown that nearly half of those who complete a DTTO avoid reoffending for at least two years afterwards.

The first thing to say about the drugs court is that it’s tiny. The offenders and their companions are crammed into two rows at the back of the courtroom, with the kind of legroom offered by budget airlines. The lawyers and court officials sit at a narrow table directly below the bench, papers covering every inch of space. There is an intimacy about the proceedings, but it’s not of the comfortable or cosy kind. When the sheriff speaks directly to an offender – which he does, sometimes at length – there is a gap of no more than ten feet in between, which means there is no escaping his gaze.

Think positive
At 2.15pm the side door opens, everybody stumbles to their feet and Sheriff Wood glides into the room. He takes a minute to cast his eye back and forth across the two rows of people in front of him, nodding slowly. Everybody who attends in his court is well known to him. Over the course of an order he often gets to learn about their families as well: their parents, their children and partners. Drug testing and treatment orders work on a system of regular review: every three weeks, or six weeks if things are going well, the offender is ordered back to court to report their progress to the sheriff. He speaks to them informally, without the barrier of courtroom language. The first question is usually: ‘How are you?’ Offenders are tested regularly for banned substances and get words of encouragement when they manage to stay clear of drugs. If they veer from the prescribed path, on the other hand, they can expect short shrift.

Sheriff Wood bats through sixteen cases in almost exactly an hour. His manner throughout is kindly but stern, and mostly encouraging. He never needs to raise his voice, which is another advantage of the close-knit courtroom.

At times he has the demeanour of a motivational coach, repeatedly instructing the person across the room to ‘think positive’ or ‘keep smiling’. This is never more obvious than in an exchange with one young woman who has been brought down from Cornton Vale prison. Dressed smartly in a grey pullover and woollen scarf, she is grilled by Sheriff Wood about a recent motivational lapse.

‘What’s this about a running club?’ he asks.

‘I’ve been doing jogging for a while, but I stopped going,’ she says.

‘Why did you stop going?’

‘Were you bored with the route or something?’ the sheriff asks, apparently referring to something in the case file. ‘Do you think you’re some kind of Olympic runner?’

There is a coy silence from the other side.

‘You should be exercising at your age,’ he continues. ‘It might be hard and boring doing the same route every time, but it makes you feel better. You think about getting back into that again. Give yourself a wee target.’

Wee targets
Many of the conversations go like this, setting ‘wee targets’ that make the grinding process of coming off drugs more manageable. Sheriff Wood reads the case files assiduously, and over the course of 18 months he builds up a picture of people’s often fragile circumstances that fosters mutual respect and understanding. He asks one young mother about her ‘bouncing’ baby son. Another man is caring for his terminally ill father, who has recently suffered a heart attack: ‘I hope your father comes through this,’ says the sheriff. ‘I trust you,’ he tells one offender who is nearing the end of his order, which elicits the reply: ‘I trust you too, your honour.’

Things don’t always go so well. A woman appears in front of the sheriff, dressed formally in a two-piece suit and frilled blouse. Her lawyer discloses her drug test results have come back positive.

Sheriff Wood asks her when she last took drugs. She mumbles a vague reply and he retorts: ‘Don’t come out with any nonsense.’

She tries again with a date of January 10. ‘It should be out of your system by now,’ the sheriff says. ‘So who’s kidding who here? I’m anxious that you’re honest and don’t try to tell me stories.’ He dismisses her with a sharp warning to make sure there are no drugs in her system when she comes back to court next month.

Another man presents the sheriff with a different problem. He is coming to the end of his DTTO, but in the process of coming off drugs he has lapsed into alcohol abuse. Like many people who appear in the court, he also has a number of criminal charges hanging over him which the sheriff must deal with before discharging him. Strictly speaking, the alcohol abuse isn’t the court’s concern. But Sheriff Wood says: ‘I don’t want to let you go. I want to get you through this. I kind of care.’

A little later he adds: ‘If you’ve got no care order, you’ll just do what you want. You’ll end up dead.’

‘No,’ replies the sheriff. ‘Not many people do.’

He concludes the treatment order and orders the man to return to court in three weeks’ time. He lets him know he is considering a probationary sentence for his offences, so that he can keep an eye on his progress. The man steps down and leaves the courtroom. This is what much of the work of the drugs court comes down to: small, difficult steps towards rehabilitation, and the sense that somebody in authority is looking out for you. Not a great deal, perhaps, but a great deal better than being dead.

Our print magazine is Proof. Contributors include Michael Mansfield QC, Bob Woffinden, David Rose, Eric Allison and Ian Cobain.
Buy Proof Magazine
The latest issue (Why legal aid matters) includes Helena Kennedy QC and Martha Spurrier in conversation, David Conn on the legacy of Hillsborough - plus how to build your own law centre.
Gordon is a journalist and blogger.

One response to “Last chance saloon” 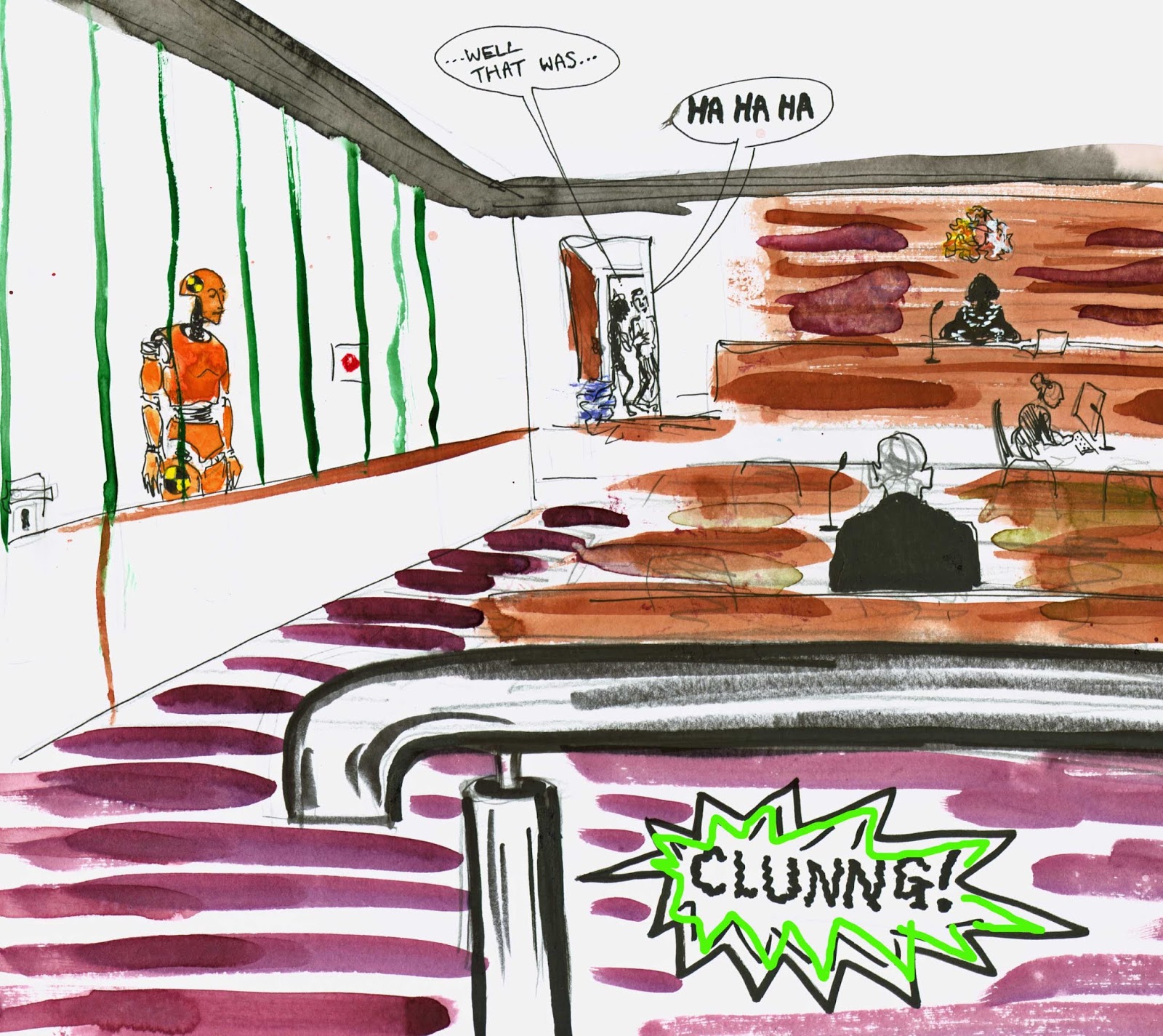 Noises on and off: in the magistrates' court

Number of prisoners with drug problems more than…

Freedom and a tent: the sorry cycle of prison and…