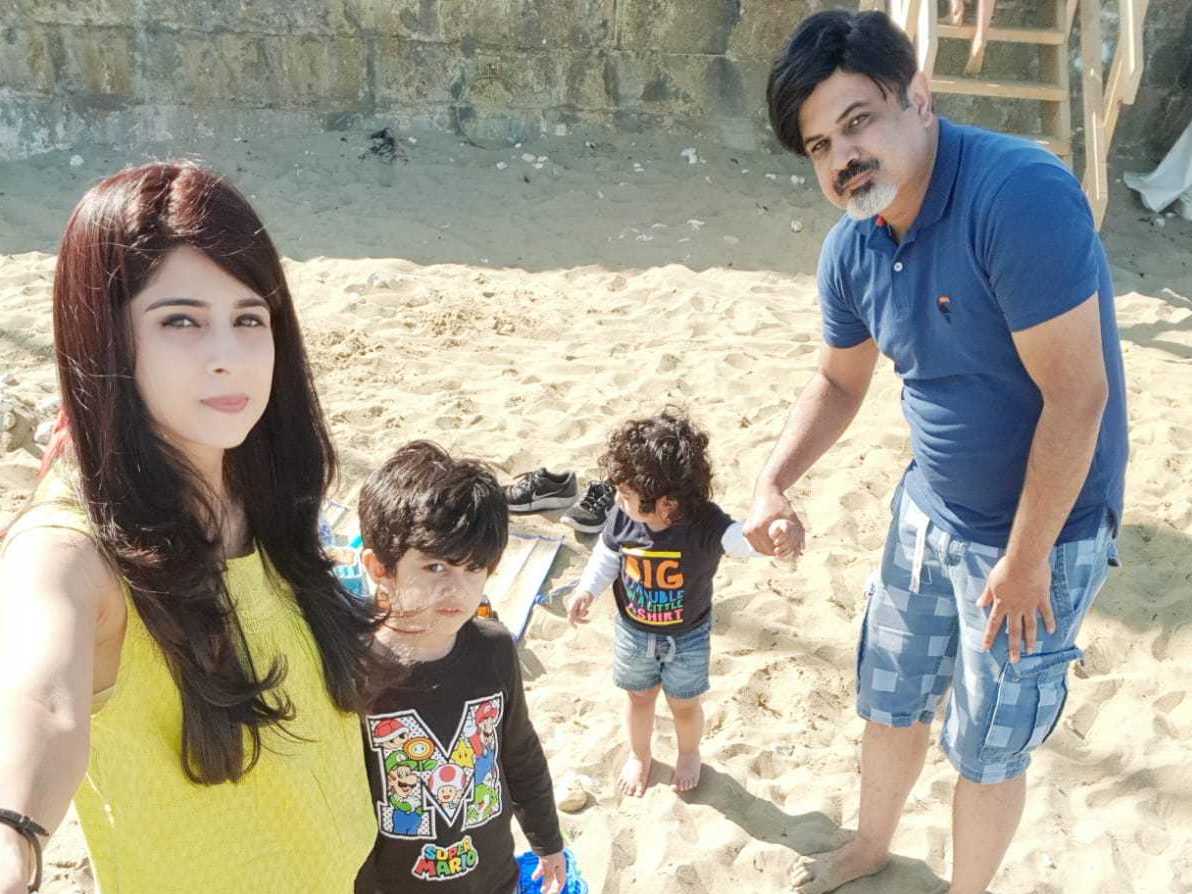 In 2008, Farrakh Sair, a Pakistani immigrant seeking a post-study work visa in the UK, was forced to return to Pakistan. The Home Office refused his application for the visa because, unbeknownst to him, he had failed to comply with a new regulation that required applicants to have at least £800 in their bank account for three months before they applied. In time, this regulation was found to be unlawful by the Court of Appeal in 2010 because the Home Secretary had failed to lay it before parliament, but the decision came too late for Farrakh, who was now embroiled with the Home Office.

Setting aside the injustice of the Home Office constantly introducing new, idiosyncratic requirements for applicants, the greater harm was done by the Immigration Rules prohibiting Farrukh from appealing the decision in the UK, and instead forcing him to return to Pakistan and bring his appeal from there. Back in Pakistan, while he was eventually granted the visa, and allowed to return to the UK, delays in receiving his passport meant that he was unable to return to the UK until he had been out of the country for six months. In the context of UK immigration rules, such an absence is devastating, as it resets the clock for individuals who want to apply for indefinite leave to remain in the UK- which requires applicants to have lived in the country, almost uninterrupted, for ten years.

Farrukh’s case, reported in the Independent this week, is tragic, and his trials above were only the beginnings of his battle with the Home Office, with Farrukh still struggling against the Home Office’s labyrinthine immigration rules. But we can already take two key lessons from the unfortunate beginnings of his story. The first is that the most banal, quotidian rules, that attract little attention, can be ruinous for individuals. And the second is that the iniquity of such ruin is often only remedied by those who have access to the courts.

It is important to remember both of these lessons as the government proceeds with its attempts to reform judicial review. Originally, the Conservatives’ manifesto promised a grandiosely titled ‘Constitution, Democracy and Rights Commission’, which would ‘restore trust in our institutions and in how our democracy operates’. The rhetoric has been dialled down, with the Lord Chancellor, Robert Buckland, quietly announcing the ‘Independent Review of Administrative Law’ during the summer recess, and putting a written statement to parliament this week. No longer is there the ostentatious ambition to review the ‘broader aspects of our constitution’, but instead a more discrete aim of the ‘reform of judicial review’.

This more restrained language is matched by the panel put in place by the government. There was no dramatic appointment of a figure renowned for their hostility to the courts and judicial review, like Professor Finnis, or anyone else from the coterie of judicial sceptics at the Judicial Power Project. Instead, it has been filled by reputable figures of the establishment, with Edward Faulks, Cameron’s Attorney General, chairing the Review, alongside Professors Carol Harlow, Alan Page and Nick McBridge (of LSE, Dundee and Oxford, respectively), and the barristers Vikram Sachdeva QC and Celina Colquhoun, from 39 Essex Court.

At first glance, this seems a panel of some dignity and heft who are unlikely to pay obeisance to Dominic Cummings and his reformist agenda. Yet once you look a little closer, there are obvious concerns over partiality, particularly with the committee’s chair. Lord Faulks was a justice minister during the benighted reign of Chris Grayling, and so was party the department’s inept decisions that eviscerated legal aid and left much of the justice system in tatters. Even more pertinently, in the aftermath of the government’s defeat over prorogation in Miller II, Lord Faulks opined for ConservativeHome that the decision ‘left [the UK’s] constitution in a state of disarray’, and praised Finnis’ criticism of the decision for ‘mak[ing] clear just how badly the Supreme Court mishandled the law of our constitution’. For a chair of a supposedly independent commission, it is alarming that Faulks appears to have already made up his mind, proposing that parliament should legislate to ‘settle authoritatively the non-justiciability of the prerogative power to prorogue parliament’ and ‘while they are at it…legislate to protect other, related prerogative powers.

Alongside this, the neutral, broad language of reform disguises the true, revolutionary intent of this review. Its first two terms of reference propose examining whether ‘the amenability of public law decisions to judicial review… should be codified in statute’, and if the ‘legal principle of non-justiciability requires clarification’, and the quartet is rounded off with another point that queries the justiciability of ‘the exercise of a public law power’, and whether it is necessary to procedurally ‘streamline’ the judicial review process.

With the first three terms of reference, the government is primarily concerned with caging the judiciary, placing areas beyond their bailiwick. They may seek to do this through redefining the grounds of review, such as through making it very difficult to find that a decision was ‘unreasonable’, or making changes to the proportionality test, so giving the executive wider scope over its decision-making. It is within these terms of reference that the government is likely to struggle in checking judicial review.

In the British constitution, the traditional position is that parliament is supreme, and can make or unmake any law it desires. However, judicial review exists in a grey zone, with the courts reluctant to give parliament the scope to decide what cases they can hear and what methods they can use to decide them. In Privacy International, a case decided by the Supreme Court last year, the legislation in question contained a clause which prohibited the courts from reviewing the decision of a tribunal- in technical parlance, an ‘ouster clause’. This was not something that the Supreme Court viewed with pleasure, ruling by a bare majority that the ouster clause was ineffective, and that the decision was open to review. Given this, should the Review propose some form of ‘meta-ouster clause’, as Mark Elliott has put it, it is likely to be given the same treatment, dismissed out of hand as an executive trying to shield itself from any scrutiny.

Where the government may find more success is under the terms of reference’s fourth limb, where it targets the process of judicial review, rather than the principles that underpin it. Indeed, the drafting of the terms of reference suggests that this is where the focus may lie, with more substantive proposals already outlined within the terms. The Cameron government already did much to degrade access to the courts, including changing the rules on costs to deter charities and interested third parties from intervening, and preventing courts from hearing cases where, instead of being inevitable, it only had to be ‘highly likely’ that if the decision-maker had behaved lawfully, the outcome would have been the same- thus protecting the executive from scrutiny. Although the courts did check some of the more egregious attempts, like the excessive fees required to bring a case before the Employment Tribunal, they were more willing to accept the introduction of such procedural hoops as part of the government’s prerogative.

If the Review takes this path, as seems most profitable, it would be akin to judicial review dying by a thousand cuts. Rather than a dramatic guillotining of the courts’ authority, the lifeblood of judicial review would slowly drain away, with the government perhaps no longer obliged to abide by the duty of candour (which was at issue in the preliminary hearings over the death of Harry Dunn), allowing the executive to conceal unhelpful documents, or perhaps only those individuals most affected by executive action will be allowed to bring cases, with special interest groups forced to helplessly watch from the sidelines. Such reforms might not seem exciting, but could, in time, leave judicial review lying moribund on the slab.

Throughout his premiership, Johnson’s government has been mocked for its hyperbole, with its constant ambitions to be ‘world-beating’ turning the axiom that you should under-promise and over-deliver on its head. It’s easy to be distracted by these failures, and to mock the government for its incompetence, but we should not be complacent. The tragic tale of Farrakh Sair shows us what mere procedural changes can do to individuals, and the fact that constitutional review is no longer being given headline status does not mean we should not looking more closely at the areas where the government is quiet, checking that, somewhere deep in the bowels of Downing Street, a civil servant is not silently undermining a pillar of our constitution.