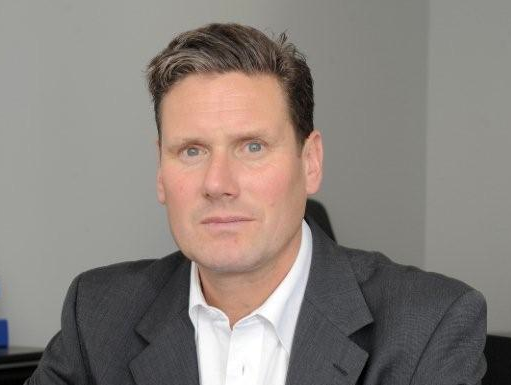 Former Director of Public Prosecutions, Keir Starmer QC gave the Legal Action Group’s 2013 lecture last night. During his term of office as DPP, Keir Starmer had to respond to some of the most difficult challenges facing the modern day criminal justice system – the prosecution of MPs, Stephen Lawrence’s retrial, and the rise of social media related offences. Starmer, a self proclaimed ‘fan of guidelines’ was responsible for the formation of prosecution guidelines in assisted suicide, following the high profile cases of Debbie Purdey and Diane Pretty.

Starmer discussed ‘prosecutorial discretion’, starting with his decision not to prosecute the parents of Daniel James. Daniel was badly injured when a rugby scrum collapsed, leaving the young sportsman paralysed. After a third failed suicide attempt Daniel’s parents, having pleaded with him to change his mind, travelled with him to Dignitas in Switzerland where he was assisted to end his life in September 2008.

Starmer, whose consent as DPP was required before Daniel’s parents could be prosecuted, decided to exercise his discretion, finding that it would not be in the public interest to do so.

The code, the last published this year, sets out the two-part test before a prosecution can be brought; firstly that there is sufficient evidence to provide a realistic prospect of conviction, and secondly whether a prosecution is required in the public interest. Starmer explained that if the first test is not satisfied, the second stage must not be considered, no matter how serious or sensitive the case may be.

The case of Debbie Purdy brought about an interesting legal amendment to the code. Purdy, who suffers from multiple sclerosis, wanted an assurance from the DPP that her husband would not be prosecuted if he assisted her to end her life; she said that she could live longer if she knew that to be the case. The response from the DPP, who cannot by law give immunity in advance, was that the code, setting out the public interest factors for and against prosecution, provided sufficient information about the factors likely to be relevant.

The House of Lords disagreed. Lord Hope referred to the DPP’s decision in James, saying: “The DPP’s own analysis shows that, in a highly unusual and extremely sensitive case of this kind, the code offers almost no guidance at all.”

The House of Lords therefore required the DPP to issue offence-specific guidance, resulting in the assisted suicide guidelines; the likelihood of a prosecution was now low, if the ‘victim’ had a clear intent to commit suicide, and the ‘suspect’ was motivated wholly by compassion.

Starmer accepted that whilst the assisted suicide guidelines appeared to be working well in practice, there were risks attached to the exercise of discretion, recognising that poorly exercised discretion can “mask corruption and malevolence” – raising a question over the prosecution of police officers from the audience.

Following the launch of the CPS Victim’s Right to Review Policy, victims can now ask the CPS to reconsider a decision to stop, or fail to start a prosecution. Starmer said that the refusal to admit mistakes can seriously undermine public trust in the criminal justice system and the new policy demonstrated “how the CPS, and attitudes to victims have changed”.

Such a review will involve a fresh examination of all the evidence and circumstances of a case; ‘mistakes’ rectified, providing there are no legal barriers to a prosecution.

“Prosecutorial discretion is a good thing. It takes the edges off blunt criminal laws; it prevents injustice; it provides for compliance with international obligations; and it allows compassion to play its rightful part in the criminal justice response to wrongdoing. The blunt instruments that criminal law statutes necessarily have to be, can be honed into compassionate and appropriate casework decisions by the exercise of the public interest discretion.”
Keir Starmer, LAG annual lecture

Statesman-like words from the former DPP. Let’s hope his successor continues the work he has started.

'Shameful dereliction of duty': Tory MPs vote…
Analysis: Has the CPS changed its policy on rape?
Comment: If you can't beat them, lie...
'It's not difficult to see why Jacob Rees-Mogg is so…
Met admit covert surveillance was breach of human rights law