‘Justice in a time of austerity’ 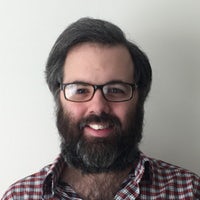 ‘Justice in a time of austerity’

The disastrous impact of austerity on the English justice system is increasingly being recognised. It is becoming impossible to deny that justice is in crisis; an under-funded, declining institution whose problems disproportionately affect the disadvantaged and most marginalised in society.

This degradation of justice is why we are about to launch our new research project, Justice in a Time of Austerity. We are looking at the civil justice system of England and Wales; how it has been damaged by cuts in legal aid brought about by the coalition government in the name of austerity, and how this impacts on the people who use it today.

The Legal Aid, Sentencing and Punishment of Offenders Act 2012 (LASPO) severely restricted the state provision of funding for civil justice. It has impacted on community care, debt, discrimination, employment, family, housing, immigration, mental health and welfare benefits, a range of areas that have the potential to make life a lot more difficult for people who are already struggling.

It is appropriate that our project launches at the same time as The Social Metrics Commission have published details of their new methodology for measuring poverty in the UK. Devolved administrations have definitions of poverty but there is currently no formal UK-wide measure of poverty, which makes it difficult to hold the government to account in Westminster, produce effective policies or improve the lives of those people struggling to get by.

The Social Metrics Commission proposals go beyond previous and existing definitions of poverty that are rooted in relatively simple measures of relative income to consider core living costs – costs that cannot be avoided but limit the amount of money people have available to spend. These costs include childcare and mortgage or rent payments, as well as issues such as the extra costs that come from disability.

A two-tier legal system
Highly relevant, though not discussed in the launch of this new metric, are the costs of obtaining access to justice for the most disadvantaged in society who are more likely to face certain types of disputes in areas such as immigration, labour and welfare benefits law, and less likely to be able to fund their own legal advice. The Amnesty International report, Cuts That Hurt, claimed that LASPO had created a two-tier system, ‘increasingly closed to the poorest, most vulnerable and most in need of its protection’.

Their research showed that, if left unaddressed, legal problems could create the type of financial shock that pushes a vulnerable person under the poverty line as well as making it harder for those in poverty to escape it. For example, in family law, the failure to enforce child support arrangements can preserve and worsen poverty in female-headed households.

It has been shown that the changes to civil legal aid adversely impact the most precarious in society with families in poverty being prevented from obtaining access to justice. Such was shown in Priced out of Justice?; a report released earlier this year based on research from the University of Loughborough, commissioned by the Law Society.

The report looked at whether those required to contribute to legal costs in the civil justice system can afford to do so. It suggested that the means testing of legal aid, using a disposable income limit that considers income and assets, is set at a level that requires many people on low incomes to make contributions to legal costs that they cannot afford.

Their research found that those on incomes 10-30% below the Minimum Income Standard (the amount households require to meet key material needs and participate in society) are excluded from legal aid as they meet the disposable income limit. As such, the family that might have relied on legal aid to have fight an eviction are being effectively denied access to justice because they simply cannot afford the legal bills required.

It also found that, even those below the disposable income limit, who are ostensibly eligible for legal aid generally still need to contribute to legal costs – unless their income is extremely low. These people often still cannot afford to gain access to justice in practice without resorting to extremes such as selling their house to pay for their legal bills.

The civil legal aid financial eligibility test can act to debar people below the poverty line from getting legal advice or obtaining representation. The choice is too often between accessing justice and maintaining a minimum standard of living, which is unacceptable for the fifth richest country in the world supposedly renowned for its legal system.

Our research, Justice in a Time of Austerity, aims to explore the reality of navigating the civil justice system to draw out how it is experienced by those who are pulled into it. We will be talking to those who have, both, used and been denied legal aid, giving voice to their experiences to help piece together the impact state-funded access to justice can have on people’s lives.

Legal costs are typically unpredictable and frequently unavoidable. When they have an undue impact on the poorest and most vulnerable in society – let down by the system of public provision that is supposed to protect them – this means we must consider their role in contributing to poverty. The stripping back of the state under austerity is making life harder for the poorest in society. A lack of access to civil justice means there can be no social justice.

LAUNCH: 'A vital exposé of a justice system suffering from a…
'A call to arms': Austerity justice book published today
'Decimation' of legal aid has contributed to 'systematic…
'It's not too late to save our justice system, but we must…
A solution for a social care system in its hour of need