Where next for joint enterprise reform?

Where next for joint enterprise reform? 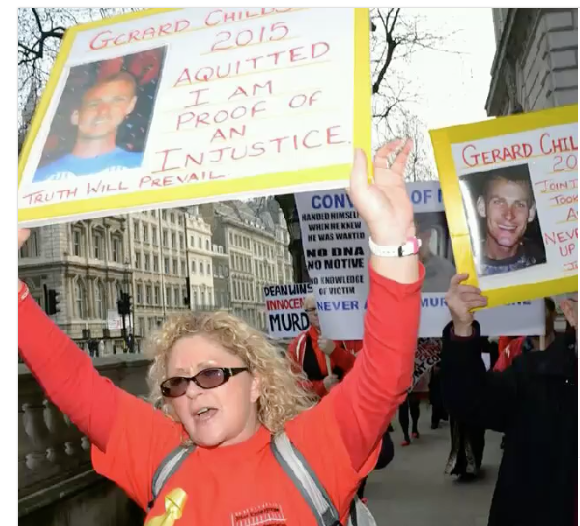 It was tense in the Court of Appeal back in February. Three hours had been spent reviewing the initial case against Gerard Childs. Then, in untimely fashion, Lord Justice Davis decided to break for lunch. It was yet more waiting for Mandy – sat just one row behind the family of the young man who died in 2013 – who had spent the last year campaigning against Joint Enterprise and her son’s murder conviction.

Gerard Childs was convicted of murder, along with his friend Stephen Price in 2013. The two had a fight with Jonathan Fitchett at a retail park in Merseyside that resulted in Fitchett’s death. Childs threw the first punch that he claims failed to connect, before Price threw another that knocked Fitchett straight to the ground. He never regained consciousness.

Childs and Price were both convicted of murder and sentenced to 10 and 11 years in prison respectively under the controversial joint enterprise law. Childs and his family claim that at no point during the trial was he told the prosecution was trying to convict him using joint enterprise. The prosecution argued – and the jury agreed – that there was enough evidence to show that Childs and Price had planned to seriously harm Fitchett and therefore were guilty of murder, not manslaughter. This was vigorously denied by Childs, Price and their defence teams.

Fast forward two years to February, and Childs and Price are both at the Royal Courts of Justice. Price’s murder conviction has been downgraded to affray and he is sentenced to two and a half years in prison, substantially less than the original 11. Childs however has not been so lucky. He too has had is murder conviction quashed, but he is instead convicted of manslaughter and ordered to serve seven years, just three years less than his initial sentence.

Mandy has mixed emotions. Her son is no longer a convicted murderer, but his sentence still seems high, especially considering Price – who initially had a longer sentence – has been sentenced to just two and a half years.

Gerard’s case isn’t an isolated incident. A study by the Bureau of Investigative Journalism into joint enterprise last year found that between 2005 – 2013 4,590 people were convicted homicides involving two or more people. While it is not definitive that Joint Enterprise was used in all of these cases, it is the closest approximation that can be made and is widely accepted by academics.

Momentum stalled
At the end of last year MPs called for an urgent review of joint enterprise. A Justice Select Committee ruled that the doctrine was being used to deliver a ‘social message’ about the perils of gang crime, rather than to convict people proportionately.

‘There is a real danger in justifying the joint enterprise doctrine on the basis that it sends a signal or delivers a wider social message, rather than on the basis that it is necessary to ensure people are found guilty of offences in accordance with the law as it stands.’
Alan Beith

A key concern was the use of joint enterprise in murder cases such as Gerard’s. The use of joint enterprise means that a peripheral figure in a group that commits murder will receive the same mandatory life sentence as the main perpetrator even though they did not cause the fatal wound. In reference to this, the committee said that ‘the Law Commission should consider the proposition that it should not be possible to charge with murder, but only with manslaughter or a lesser offence, secondary participants in joint enterprise cases who did not encourage or assist the perpetration of the murder’.

Childs’ appeal victory, along with a second damning report from the Justice Select Committee, led many to believe at the beginning of the year that there was growing momentum heading towards a reform, but this seems to have stalled. Former Justice Secretary Chris Grayling seemed reluctant to push for change.

‘Joint enterprise law has enabled some of the most serious offenders to be brought to justice. It ensures that if a crime is committed by two or more people, all those involved can potentially be charged and convicted of that offence. We have considered the Justice Committee’s recommendations carefully and it would not be appropriate to launch a review of the law before the end of the Parliament. We also need to think carefully about the impact changing the law would have on the families of victims.’
Chris Grayling

So where do we stand on Joint Enterprise now? The momentum that was gathering at the beginning of the year seems to have faded. Just this week JENGbA campaigner Janet Cunliffe was at the High Court in London to see her son Jordan’s appeal for a reduced tariff rejected. Jordan – along with two other co-defendants – was sentenced to 12 years in prison for the murder of Garry Newlove in 2007. Jordan, who is registered blind, claimed that although he had spent the day with the people involved in Newloves murder, he couldn’t see the incident because of his vision impairment. This claim was rejected by the prosecution in the initial trial, but just a matter of weeks later he had surgery to correct the problem.

The Ministry of Justice wrote to JENGbA this week however it stopped short of committing the government to further review.  The letter said that the new justice secretary Michael Gove would ‘consider carefully a number of areas as part of the new government’ and that the group’s views would be ‘fed into this’.

Despite this, JENGbA is gathering support. Jimmy McGoverns BBC drama Common brought Joint Enterprise into mainstream attention and the group recently handed a petition of over 10,000 signatures to 10 Downing Street. but what needs to change? Speaking to the Justice Gap, barrister Tunde Okewale said: ‘I’m of the belief that there needs to be a reform around sentencing, in particular those that are on the peripheral and where its accepted that they’re not the main person. I think the law needs to take into account their culpability and they need to be sentenced proportionately.’

CPS challenged over 'racist stereotypes' behind joint…
Half of women convicted under joint enterprise not even…
'I'm the only person to have my conviction quashed. There…
Campaigners call for new legislation to fix injustice of…
Policing Bill risks entrenching 'failed and unjust' law of…