John Crilly, understood to be the first successful appeal since the change in Joint Enterprise law in 2016, has had his murder conviction overturned. Crilly called the law in relation to joint enterprise at the time of his conviction ‘hocus pocus nonsense’, in an interview with the BBC.

Crilly and his co-defendant (David Flynn) broke into the home of 71-year old Augustine Maduemezia in order to commit burglary. Crilly rang the doorbell to see if anyone was in. Maduemezia was hard of hearing and did not answer the door. After the door was broken down, Flynn demanded money and punched Maduemezia once, before the house was ransacked. Mr Maduemezia was killed by the punch after falling to the floor. The pair left with only a mobile phone and blender. They were both convicted in 2005 of murder and robbery.

The appeal succeeded on the basis that, since the new regime established in the Jogee case, intent for murder could not be established as the attack was spontaneou

s and without a weapon. Crilly was believed in his account, which he has maintained consistently, that he had not known Maduemezia would be in the house. Since the Jogee case, it is believed Crilly is the first to have been release from prison as a result of the change in the law. 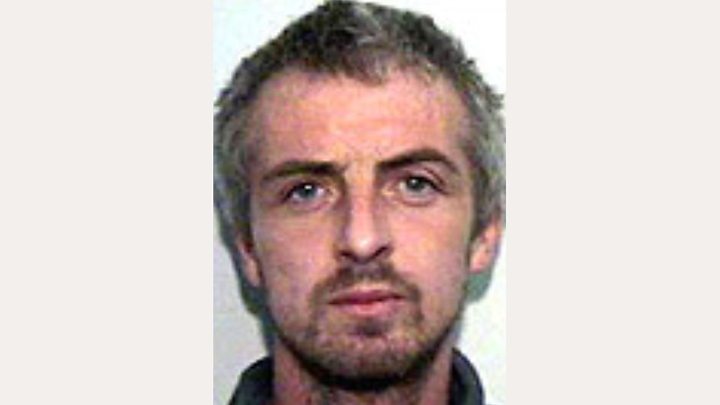 Crilly instead plead guilty to manslaughter and was sentenced to 18 years, with eight years served consecutively for the robbery. He has already served 13 years and so was released from prison.

Addressing him, Mr Justice William Davis said: ‘What you did was very serious. You went into the home of what turned out to be a 71-year-old man. Having got in there and discovered he was there, you didn’t retreat. You and your fellow offender set about ransacking the house and when he was the subject of violence by Flynn, you nonetheless continued with your enterprise.’

But the judge said Crilly has made ‘huge progress’ since 2005. The court heard that he is about to complete an Open University degree he has studied for while in prison, and has undergone treatment for his drug problem. At his trial Crilly, then 34, told the jury that he had been a heroin addict since 1991 and financed his addiction by stealing.

Six months after the Supreme Court’s ruling in Jogee that seemingly reformed the doctrine of joint enterprise, the Court of Appeal denied leave to appeal to 13 defendants in six separate cases. Where an appeal is brought outside of the 28-day limit, the appellant must seek exceptional leave to appeal to the Court of Appeal. The cases failed because the case failed, according to the Court of Appeal, to demonstrate ‘substantial injustice’ had been caused. In an interview with BBC Radio Five Live, when asked how his lawyers were able to prove ‘substantial injustice’, Crilly stated: ‘Basically it was spontaneous, there was no weapon there. It was hard to prove intent. Take the foresight criteria or burden of proof away and go on intent, which you’re supposed to do, it’s impossible to convict me of murder.’

It was put to him by the interviewer that a man was killed and he was there, so he deserved the outcome. He said that he ‘totally got that’ but said he ‘should be doing time for what I’ve done, what I’m guilty of.’ He stated ‘Everyone has been in situations where they wish they weren’t there ‘ and urged people to have a ‘bit of empathy. Even for underclasses like I was.’

Crilly has also written a blog for the campaign group JENGbA where he talks about how he perceives the requirements of substantial injustice, foresight and intent. He explained: ‘I have associated with literally hundreds of different addicts from hundreds of different areas up and down the country. How am I, seriously expected to know what they are capable of. I mean what they’re really capable of?’

The BBC contacted the family of Maduemezia who said they were ‘disappointed’ in the outcome of the case and ‘sickened’ that he would not be serving the rest of the sentence but wanted to move on.

Joint enterprise campaigners threaten legal action…
‘Joint enterprise exposes all that is wrong with our…
How many angels can dance on the head of a pin?
Family of Jordan Towers vow to fight on after failed appeal
Policing Bill risks entrenching 'failed and unjust'…