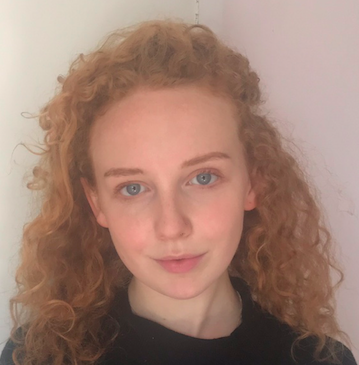 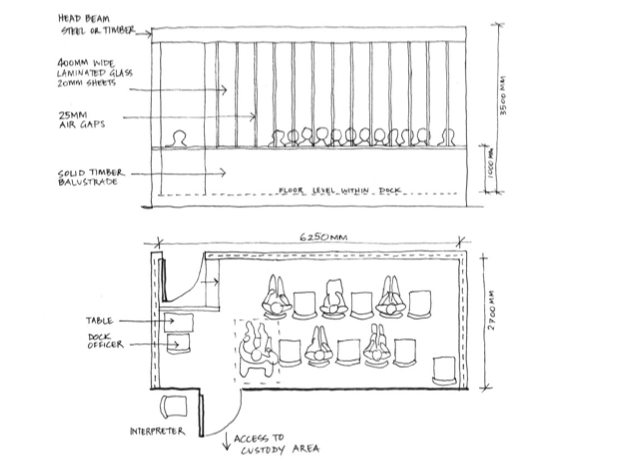 From the Howard League report: 'the secure dock'

It’s time to scrap use of ‘anachronistic’ docks in criminal courts, according to a new report which argues that the historic fixture of our justice system represents an obstacle to fair trials and prejudices the jury against defendants.

The Howard League for Penal Reform is calling on policy makers to ‘make the bold humane move to finally rid English and Welsh courtrooms of the anachronistic dock’. The removal of the dock ‘could be regarded as a symbolic and substantive change in the way justice is seen to be delivered and ultimately is delivered,’ the authors argue.

The new study, written by Linda Mulcahy, Meredith Rossner and Emma Rowden, adds to a growing list of critics of the dock that include the Law Society, JUSTICE and even senior members of the judiciary including the former Lord Chief Justice, Lord Thomas.

The dock is the segregated area of the court, set aside for defendants and security personnel. Its use is standard practice in court rooms across the country, regardless of the severity of the crime committed. It is designed to protect against security breaches such as court room escapes and displays of aggression towards the judge.

Statistics show, however, that in 2002 of the 67 escape attempts in Magistrates’ courts only 27 were ‘dock jumpers’ and the pamphlet questions whether the the likelihood of these risks justifies the severity of the docks design.

Although a version of the dock has existed in English and Welsh courts since the sixteenth century, it only became a widespread feature of criminal trials in the 1970’s. 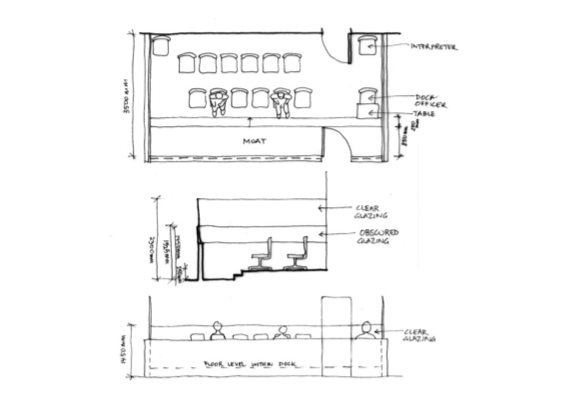 Standard dock from the 1980s

The report details the dock’s transformation from a simple raised platform into today’s ‘secure docks’ – sometimes known as ‘glass cages’. According to their research, the evolution of the dock has left the defendant increasingly isolated in the courtroom. Built on a wooden base, a metre off the ground and surrounded by glass walls the secure dock can obscure eyelines and make proceedings difficult to hear. The position of the dock has also been relocated from the centre of the courtroom to its margins, increasing the inaccessibility of the defendant.

The report argues the modernised dock has a profound impact on the fairness of criminal trials. Its marginalised location means defendants have restricted access to their legal representatives, and are often unable to pass them written notes let alone verbally contact them.

‘Secure docks’ are also a symbolic contradiction of the justice system’s belief that a suspect is ‘innocent until proven guilty’, by enclosing them in a contained space before the trial has begun. According to the Howard League, empirical research has found that ‘jurors who saw the defendant in the dock, be it standard or secure, were 1.8 times more likely to view him as guilty than jurors who saw the accused at the bar table’. The European Court of Human Rights has raised concerns that the secure dock may undermine the right to a free trial, by intimidating the defendant.

It is not only security concerns that have influenced the fortification of the dock. Research undertaken by the pamphlet’s authors (Mulcahy and Rowden) shows that the increased use of the dock has coincided with economic cutbacks and the paring back of court security. In their words, the redesign has been ‘motivated as much by reduced staffing levels as it was by a perceived risk of violence or escape’.

The use of the dock is not a worldwide practice. Countries such as Holland, Sweden and the United States seldom use them in their criminal trials. Unlike in the UK, in America it is also standard for the defendant to sit beside their legal representative and for any restraint of the defendant to require permission from the judge. The pamphlet details a variety of methods used overseas to balance security risks with a fair trial, eg. the use of glass walls to separate the public from the hearing.

The pamphlet is the publication in the What if? series, a collaboration between The Howard League for Penal Reform and the Mannheim Centre at the London School of Economics which questions conventional thinking on penal and criminal justice issues.

Our print magazine is Proof. Contributors include Michael Mansfield QC, Bob Woffinden, David Rose, Eric Allison and Ian Cobain.
Buy Proof Magazine
The latest issue (Why legal aid matters) includes Helena Kennedy QC and Martha Spurrier in conversation, David Conn on the legacy of Hillsborough - plus how to build your own law centre.
Edie is an aspiring journalist with an interest in justice and human rights

In the dock: why the setup of the British courtroom…
Number of child arrests dropped 71% in last 10 years
‘Anachronistic, unfair, and inhumane’: calls to…
70% drop in number of children arrested since 2010
'Prison should punish crimes - not poverty'