Isa Muazu: 90 days into hunger strike & due to be removed Friday

Isa Muazu: 90 days into hunger strike & due to be removed Friday 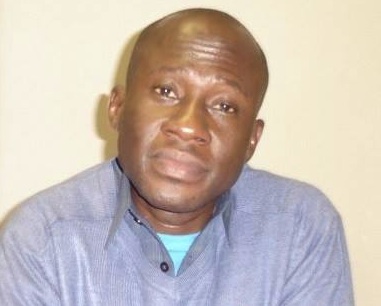 Isa Muazu is 45 years old, an asylum seeker, a Nigerian, one of four siblings, an immigration detainee, a protestor of an unfair asylum system.

Isa Muazu is also dying. On 14 November Isa was issued with an end of life plan. He has been on hunger strike – in protest at the Home Office’s handling of his asylum claim – for 90 days. The Secretary of State for the Home Department will forcibly remove Isa from the UK on Friday.

Ironically, Isa is being returned to the country he fled in fear of his life. He arrived in the UK, begged the State’s protection and to be recognised as a refugee, and was detained in an immigration removal centre.

By August Isa was a ‘failed’ asylum seeker. Far from the stigma of a crime this legal status and his internment would seem to imply, Isa has done nothing wrong. Rather, Isa fled a threat of death at the hands of Boko Haram in Nigeria.

Isa has said his hunger strike is in protest at the way the UK has treated his asylum claim – and him, as an asylum seeker.

Working with clients seeking protection like Isa on a daily basis, we would have to agree with Isa that the British asylum method is cruel and deserves to be protested.

If not cruel, this British method is certainly unusual. The UK is the one of the few EU States to practice indefinite detention. The Home Office refuses around two thirds of asylum claims. However, more than one quarter of these decisions are overturned on appeal.

“This is a worrying case, but it is important to appreciate that those who use a hunger strike to manipulate their position will not succeed in doing so provided they have mental capacity.”

The inference is that Isa’s attempt to resist the UK’s interference with his liberty and its intention to forcibly remove him to a country where his life will be in danger is manipulative, calculated; a ploy to evade systematic immigration controls.

To see Isa and see an individual making ‘use’ of a hunger strike to affect their position misses the necessary point that Isa has no means of meeting his end of being heard, of being treated with dignity. Isa’s hunger strike has reduced him to a skeleton. Isa is the means to the end here. The end is immigration control and, for Isa, death.

It is an acknowledged Home Office policy to create a ‘hostile environment’ for anyone subject to immigration controls in the UK (HERE).

If Isa has been driven to starve his 5 foot 11 inches body to 50 kilos, the truth is this represents no definition of success for Isa. The success is for Theresa May’s policy of denying asylum seekers a fair hearing and dignified treatment in the UK.

Stripped of all autonomy in a ‘hostile environment’, the Home Office leaves failed asylum seekers with one option out of immigration detention. To return to the place they fled for fear of death.

Isa’s protest reveals the necessary flaw in the policy. For Isa now, it seems no hostile environment, no punishment Theresa May could mete out compares to the fear that ‘going home’ represents.

So what if Isa would rather die? Britain’s end of immigration control will have been realised and the British public will have accepted that Isa – an asylum seeker, a Nigerian, one of four siblings, an immigration detainee, a protestor – is a means to that end.

4 responses to “Isa Muazu: 90 days into hunger strike & due to be removed Friday”