Is time running out for juries?

Is time running out for juries? 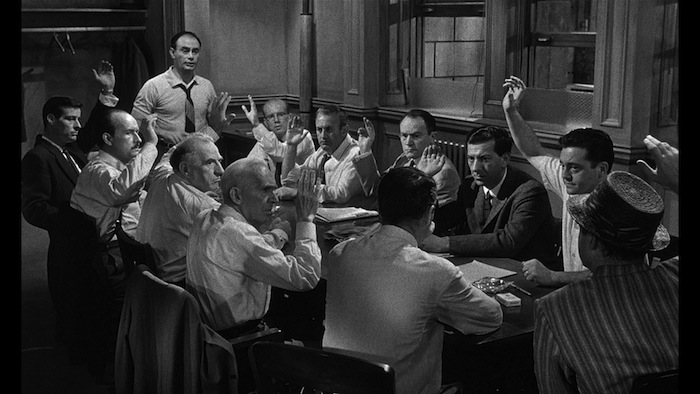 Baroness Kennedy was joined at the Institute of Contemporary Arts by Professor Cheryl Thomas of University College London, widely acknowledged as the country’s leading expert on juries, and Sir Louis Blom-Cooper QC, sometime critic of the jury system, to discuss the issues and principles raised by the film.

At a time when the role of juries has been called into question, Baroness Kennedy championed them as vociferously as ever, arguing that jury service is a valuable opportunity for people to participate in our democracy; an opportunity for people to contribute to society: ‘When I am acting in the high-level cases I do, such as major terrorism cases, I will usually say to the jury: “This will be one of the most important things you do in your lives.” Because it is – sitting on a jury is a huge responsibility.’

Important or not, Sir Blom-Cooper maintained his anti-jury stance, arguing that their ‘fatal’ flaw is that juries are not obliged to give reasons for their verdict. This, he opined, is not conducive to a fair trial, as we’re not aware of what process – if any – the jury has followed. Michael Zander QC, in the audience, rebutted this suggestion, insisting that asking juries to provide a narrative of their verdict would be a ‘disaster’. ‘Any ordinary jury would be all over the place,’ Zander contended, ‘and if that was put in the public domain, it would cause disproportionate alarm.’

On whether the jury system would survive for much longer, Sir Blom-Cooper hypothesised that it will become extinct in the next 10-20 years, because the ‘economy will demand it’. Baroness Kennedy reluctantly agreed, but added that we are ‘hollowing out our democracy by reducing everything to whether we can afford it or not.’

Professor Cheryl Thomas agreed said that although the jury system is expensive to run, one must also factor in the ‘cost to democracy’ if it were to be abandoned. She cited a study in the US, which tracked down people who had been jurors in the past, and who had never previously voted in a general election. A substantial number of those interviewed said they would vote in their next general election as a result of having done jury service.

Professor Thomas went on to present some of the findings of her own extensive research, which demonstrated that jurors tend to have a more positive view of the criminal justice system following jury service, and a sense of empowerment – regardless of background – because ‘everyone in the jury room is equal’. Professor Thomas was also swift to refute Sir Blom-Cooper’s suggestion that many people no longer trust juries, citing research by the Bar Council and Law Society, which found that the ‘overwhelming majority’ of the public trust the jury more than a judge.

So what’s the verdict? According to Professor Thomas, when asked what the two most important rights to have enshrined in a British Bill of Rights would be, the public selected the right to trial-by-jury as number one, and the right to free healthcare as number two. As one audience member concluded, echoing Churchill’s democracy maxim, ‘if not juries; what else?’ 12 angry men are certainly better than the alternatives.

One response to “Is time running out for juries?”

Right to trial by jury could be restricted to ease…
Miscarriage of justice watchdog calls for a review of juries
Juries and Covid-19: protecting the right to a fair trial
Not a penny paid out to victims of miscarriage of…
'To ask defendants choose trial by judge is not…