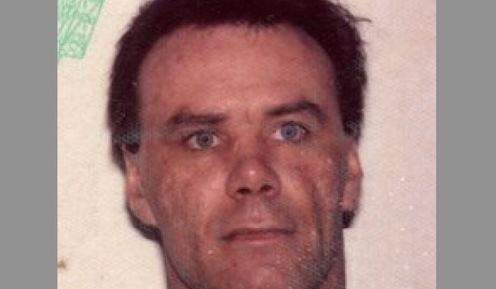 Victor Nealon had his conviction quashed in December 2013 after serving 17 years in custody for attempted rape. For background, read The curious case of Victor Nealon and the importance of saying sorry. On August 8th 1996 the victim was attacked outside a nightclub in Redditch.

There was widespread shock that it took so long for it to be identified that an unknown man’s DNA had been found on the victim’s clothing, not Victor Nealon’s. The DNA had been found in intimate areas and was consistent enough for any innocent explanation to be excluded. This led the Court of Appeal to conclude that the original jury might well have found that that unknown male was the attacker not Victor Nealon.

And so you might have thought that it would be a forgone conclusion therefore that the Ministry of Justice would not be now denying Victor Nealon’s claim but rather sitting down with him to assess how much compensation he should receive for a life destroyed .

The truth of course is that the MoJ is not slow to make perverse decisions in its attempt to avoid paying out at all.

In the case of Ali and others [2013] EWHC 72 (Admin) five claimants pursued judicial review proceedings against the government, including Barry George and notably Ian John Lawless.

Lawless had been convicted in 2001 of murder. It was alleged he had confessed to acting as lookout during a fatal arson attack. The case rested purely on confessions he had made to prosecution witnesses who said, at the time, that he was likely to have made them up. His defence team never had his psychological position examined. Lawless was later assessed by the eminent psychologist Gisli Gudjonnson and those confessions deemed wholly unreliable. The conviction was quashed.

The MoJ in the subsequent compensation claim declined the application for compensation and suggested there was still a case to go to the jury and therefore no miscarriage had taken place to warrant payment under the scheme. It was a ridiculous suggestion and counsel for the Secretary of State was left to founder before the court as he sought to explain how, in the absence of the only evidence there was, any possible case that could be pursued.

This will have not gone down well with the government and swiftly an amendment was slipped into the Anti Social Behaviour Bill to change the test for discretionary scheme. The Minister responsible (Damian Green) suggested that the law had been left in a state of confusion by the Ali case – a nonsense because the court had come up with a perfectly proper formulation: Has the claimant established, beyond reasonable doubt, that no reasonable jury (or magistrates) properly directed as to the law, could convict on the evidence now considered?

Or, put more, simply whatever evidence was left in the case should be assessed and, if no jury could be left to convict on that, then the applicant met the test. This would protect the chance of claim for the wrongfully convicted whilst ensuring those achieving technical quashings were never compensated.

In rejecting that formulation the government sought to enact an amendment which required applicants to prove beyond reasonable doubt that they were innocent.

This was too much for the House of Lords including several Law Lords who contributed to an amendment to the clause – see HERE.

The Government however rejected that fairer formulation and instead arrived at its own restricted amendment which now leads to a test in which the applicant ‘must show beyond reasonable doubt that they did not commit the offence’.

Some might say that there is little difference in the two versions both being formulated to make it almost impossible for anyone to achieve a compensation award.

Of course the real test of the moral compass of a Government when is introduces such a provision is to demonstrate that it will apply itself fairly to the assessment and not simply use a new clause as a device to refuse all claims. The Government in the Nealon case has so far failed that test.

The secretary of state pointed to some witness identifications but ignored the concerns even noted by the court over these procedures and their reliability and sought (as in the Lawless case) to try to twist comments taken out of context to try to build a flimsy case to deny the claim. There is no rational basis for these propositions.

None of these will stand up to any scrutiny and shortly a judicial review will commence. If we are right then just like in Lawless the Secretary of State will have wasted valuable public funds in a case which should never had been fought.

As for Victor Nealon, in the meantime the Major Crime Review Team at West Mercia Police continue to review the question of re-opening the case to identify a fresh suspect and to deal with the serious allegations of misconduct made over the original investigation including the ID parades. A full answer to concerns raised to the CCRC following on from the File on 4 Documentary are still awaited.

The Victor Nealon story will continue to run as it remains a sad indictment on the state of our Criminal Justice System and what we are prepared to do to those we wrongfully convict.

It is now time for the Secretary of State to think again.