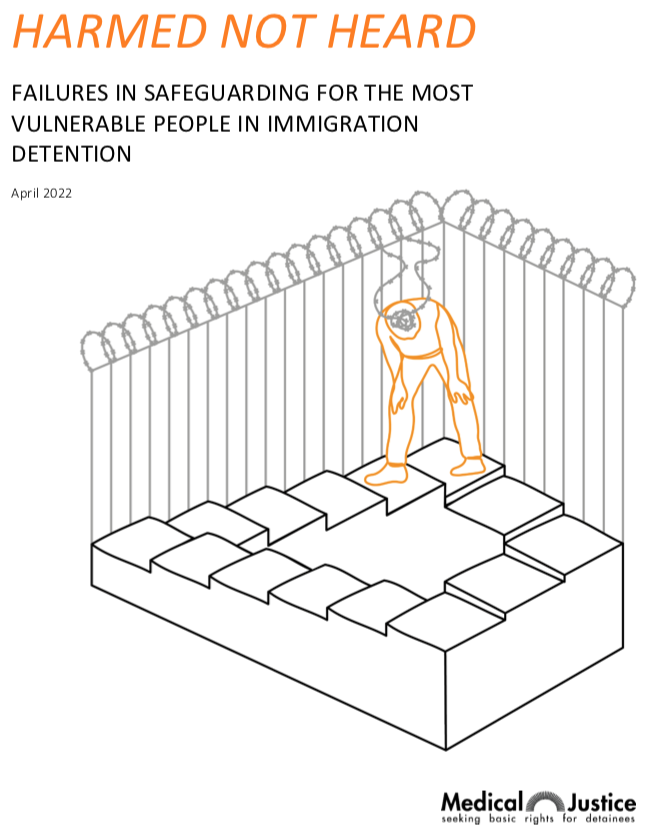 The Home Office’s processing of highly vulnerable people in immigration detention is ‘totally and utterly flawed’, according to a damning new report which requires safeguarding measures as ‘fictional’. A study by Medical Justice (‘Harmed Not Heard’) analyses clinical assessments of 45 individuals detained in various immigration removal centres (IRCs) across the UK.

None of the detainees interviewed had safeguarding reports made by IRCs, including those who had survived torture and many with significant mental health issues. Only 44% had thoughts of suicide and self-harm recorded in their detention medical records by IRC healthcare staff despite the fact that 87% of the interviewed detainees were recorded as such under Medical Justice assessment.

One detainee, who was held in an IRC for four months, described that ‘it feels like you are buried alive’ as ‘there is no help’ available. Home Office case workers only released one of the 45 detained individuals when given information about their vulnerability by Medical Justice.

‘Our medical evidence is that extensive Home Office failures mean its safeguarding processes are so ineffective they are basically fictional,’ Medical Justice said. The group is concerned that ‘torture survivors and people who are mentally ill and suicidal’ could now be sent to Rwanda given the ‘ongoing gross Home Office systemic failures’ in safeguards for detained people. Earlier this month the Home Office announced its memorandum off understanding  outlining how asylum seekers will be sent to Rwanda.

It commits to undertaking an initial screening’ of asylum seekers before sending them. Medical Justice argues that the Home Office is ‘incapable of effective screening for vulnerabilities.

There were also ‘inadequacies’ in clinical care with ‘prolonged administrative delays… undermining detained people’s access to doctors’. Only half of the detained individuals (51%) saw a GP within 24 hours of their admission, ‘a serious breach of the safeguard system’, a legal obligation under statute. This ‘pattern of failure’ means that ‘reporting mechanisms’ are rarely used.

In the case of identification, subsequent delays in having an appointment mean that the current system is inefficient. The average wait time was found to be 25 days, with one individual waiting for 253 days for an appointment. Under statue, a response must be given in two working days following identification.

A spokesperson for Medical Justice commented that the safeguarding processes are ‘so insufficient they are basically fictional’. There is also concern that new Home Office plans to send migrants to Rwanda could exacerbate ‘ongoing gross… systematic failures for detained people’.