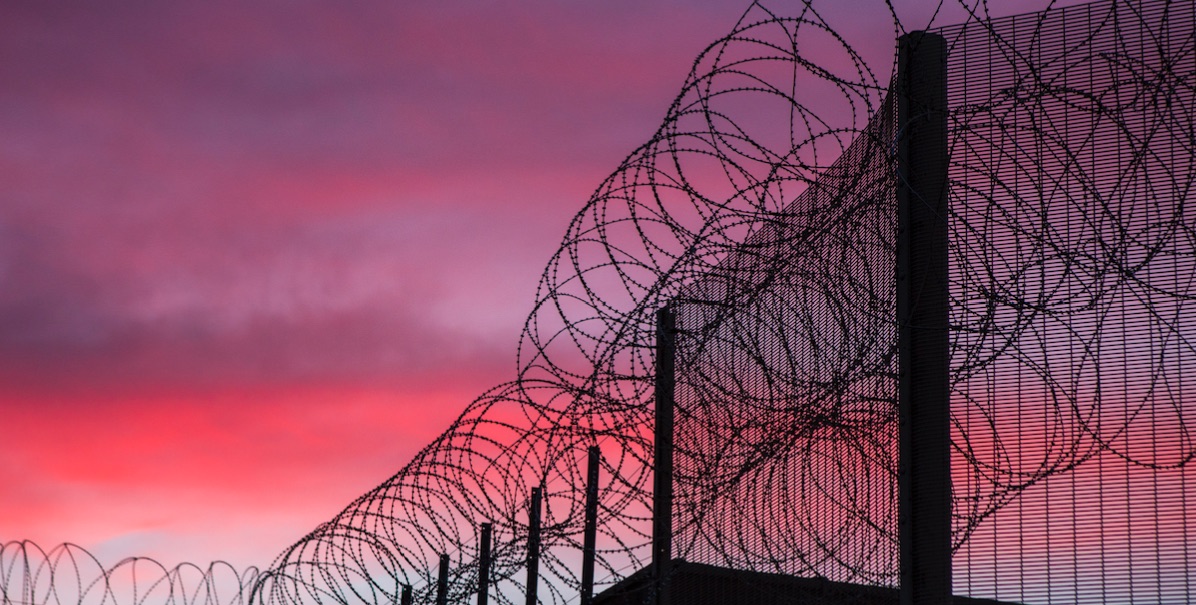 Something happened at HMP Lincoln on Thursday 15 September, but it seems clear that the Ministry of Justice (MOJ) doesn’t want anyone to know what really occurred at the prison. An information blackout appears to have been imposed. That should worry us all. This article previously appeared on Alex Cavendish’s Prison UK blog (here).

It could have been, as some tabloids are claiming, a serious riot in which a prison officer was taken hostage and beaten by prisoners. Or it could have been a bit of disturbance involving a few rowdy inmates on one wing that was quickly resolved. The truth is, we really don’t know very much. Yet.

For those of us who have first-hand experience of the MOJ and its way of working this does not come as a surprise. Rather like George Orwell’s infamous Ministry of Truth in the dystopian novel Nineteen Eighty-Four, the MOJ makes vigorous efforts to ensure that the English language is distorted and manipulated in order to avoid any negative reporting of the prison crisis that continues to fester and escalate on its watch. Thus any incident is now recorded officially as ‘concerted indiscipline’, regardless of how serious it may have been. A media lockout ensures that there is no independent or objective means of verifying or challenging the MOJ’s official narrative.

Glasnost over
Of course, we have been here before. The unlamented former Lord Chancellor and Secretary of State for Justice, Chris Grayling, was notoriously averse to any real engagement with the media. As journalist Amelia Gentleman, who writes for The Guardian, observed, during the Grayling era it was easier for the media to gain access to high security prisons in Vladimir Putin’s Russia than it was to obtain permission from the National Offender Management Service (NOMS) to visit a jail in England and Wales. So much for the culture of openness in government once promised by David Cameron.

After a brief period of glasnost under Grayling’s successor Michael Gove, during which journalists were permitted to go inside our jails – and even make a warts and all television documentary at HMP Wandsworth – the iron curtain appears to have fallen again down in the ministry’s HQ in Petty France. Beyond a brief admission in response to media questioning that there has been a ‘disturbance’ at HMP Lincoln, the silence from the MOJ is almost deafening.

Early media reports suggested that prisoners on A-wing had rioted and taken a wing officer hostage. Via telephone calls from inside the prison – presumably made on illicit mobiles – a prisoner was claiming that some fellow inmates were attempting to access the roof of the building. However, another contradicted these claims and stated that prisoners on the wing had smashed the glass observation panels of their cells in protest against having spent several days on lockdown without running water, while in-cell toilets were becoming blocked.

We were also told that there was no unlocking of prisoners for meals during this period. Food was being ‘thrown’ through doors into cells by staff. As yet there has been no official clarification of what caused the ‘disturbance’ or to what extent any or all these claims might be true or false. However, the ministry did issue a terse statement to the effect that no prison staff were being held hostage. But had an officer been held earlier? We don’t know.

What is clear is that the police were called out to the prison (confirmed in a Lincolnshire Police press release), while according to local newspaper reports a number of custody transport vehicles (‘sweatboxes’) appeared at the jail, presumably to ship out a number of prisoners to other establishments. One eyewitness account by a local journalist outside the prison posted on Twitter (@earivir) referred to inmates banging and shouting inside these vans as they were driven out of the

Prisons tend to be vast rumour-mills and at times even a minor disturbance can be exaggerated into a full-scale riot. However, by shipping out a significant number of prisoners to other establishments, the HMP Lincoln management do appear to be responding to something that went beyond a few recalcitrant inmates making a racket.

Presumably we shall have to wait until the MOJ sees fit to release more information. When there have been other serious prison incidents, as at Cat-B HMP High Down in Surrey in October 2013, details of what occurred only really came out during the ill-fated court case when prosecutions for prison mutiny were brought against 11 prisoners by the CPS. Having heard evidence of the appalling conditions at the prison, the jury voted unanimously to acquit the men of all charges, a massive slap in the face for Chris Grayling (see my blog report here). As the media noted at the time, it was Grayling’s prison regime that ended up on trial. And it was effectively found guilty.

HMP Lincoln has a troubled past. A typical old-style Victorian red-brick Cat-B local, it houses a mix of around 600 remand and convicted prisoners, some coming in from court. Most are there for a short time, although a few linger on the wings for years.

Back in 2002 there was a real riot (by any definition) in which whole wings were totally trashed after around 140 inmates took control for some hours. Part of the jail was set on fire. However, more recently it has been slated for poor physical conditions, infestations of vermin and for being awash with drugs, especially new psychoactive substances.

In May 2013 Lincoln’s newly-opened segregation unit was badly damaged by prisoners during another ‘disturbance’ and rendered inoperable. Amazingly, the MOJ and NOMS managed to suppress all mention of this serious – and costly – incident by the media until the following year when graphic details were provided in an annual report by the prison’s Independent Monitoring Board (IMB).

The prison management has also been finding it challenging to recruit new staff to fill vacancies, leading to problems operating a normal regime. A matter of days before the latest incident, the Governing Governor, Peter Wright, also departed.

It is fair to say that the new Lord Chancellor and Justice Secretary, Liz Truss, has not had an auspicious start to her term in office. Perhaps the most worrying aspect of the recent event at HMP Lincoln is that the MOJ’s previous policy of imposing media silence appears to be back in operation, presumably as part of a bid to limit the amount of negative reporting of the ongoing prison crisis.

However, simply remaining silent and pretending that all is well inside our troubled prisons is not an option, especially in an era when illicit mobile phones seem to be in more ready supply than frontline prison officers. This weekend we have been treated to mobile footage of a prisoner allegedly cutting £1,000 worth of cannabis resin in his cell at a London prison. It can only be a matter of time before someone talks and the truth of what happened on HMP Lincoln’s A-wing leaks out into the public domain. Then the MOJ will look to be even more in denial of what is really going on behind prison walls, while the bill for the prison crisis is footed – as usual – by the taxpayer.