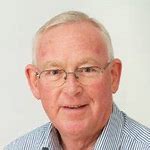 News yesterday that Key Forensic Services has gone into receivership will come as no surprise to those who have campaigned against the decision to close the Forensic Science Service (FSS). This decision, which was taken in secret by the Government in 2010, destroyed a world-renowned service which supplied forensic services to the Criminal Justice system. The Government did not consult its own Chief Scientific Advisor, the Forensic Science Regulator, the Lord Chief Justice or any member of the Judiciary, the Crown Prosecution Service, the Law Society or the Bar Council. The reason advanced by the government was that the FSS was losing money.

Since when has an integral part of the justice system been obliged to make a profit?

The decision made England and Wales the first state with a privatised forensic science provision in the world. Sensibly neither Scotland nor Northern Ireland followed suit. It made redundant some 1600 Forensic Scientists with only a few being absorbed into private companies. It laid the foundations for police forces to arrange to create their own forensic science facilities and choose when and if they gave work to the private Forensic Science Providers.

The Forensic Science Regulator has no statutory powers to ensure even a minimum standard of competence let alone compliance with internationally recognised standards in relation to police forensic science facilities. Whereas the private companies must adhere to those standards. The cuts to police budgets have ensured that as little as possible is spent on forensic services and police have stated that they could not reach the standards imposed on private providers because they do not have the funds. The College of Policing and its predecessor ACPO have a woeful record of understanding and promoting forensic science as their audits show.

Those areas that police forensic facilities cannot cover will, if used, only be available from private companies. They, however, as the history of t Key Forensic Services demonstrates, are governed by the market and if there is no or little demand or the police cannot afford the cost of the service then it will vanish from the market. It is foreseeable that we will be obliged to seek help from other countries with viable forensic facilities to supply the facilities that will no longer exist.

The regulator is begging the government to provide statutory powers to ensure a level playing field but the government knows that its hand will be forced to provide money to set up such a system and to fund access to it if the private market collapses. Hence the refusal of the government to intervene when t Key Forensic Services collapsed leaving the police to find the millions needed to save the evidence held there.

Another aspect of the destruction of the FSS is that large numbers of cases will rely on services provided in house by the police forces. They do not and will not give forensic services to the defence. It is difficult enough to access legal aid for services as a defendant let alone find someone who could provide that service for the defence. Police forces providing contracts to private providers would be aghast if those companies also provided services to the defence. It would not surprise me if the contracts offered by the police to private providers ruled out any such provision.

In January 2015 the National Audit Office (NAO) produced an analysis which confirmed the worst fears of those who have expressed repeated concerns about the way in which forensic science is being treated and its impact on the criminal justice system. The NAO found that police laboratories could be operating cheaply because they are not meeting internationally recognised accreditation standards and therefore can undercut the private sector.

A survey carried out by the New Scientist of forensic scientists in 2012 to which 75% of the forensic scientists responded, many of whom were to lose their jobs and leave the field of forensic science, showed that almost universally they were concerned at the consequences of the destruction of the FSS and over 60% of them thought that the closure would result in an increase in cases of miscarriage of justice and that in-house police labs will reduce impartiality in interpretation, and therefore accuracy, of evidence.

Professor Peter Gill, the pioneer of mass genetic profiling, said that the shift to in-house DNA testing would be “disastrous” with scientists under pressure to come up with results to secure convictions. He said:

Forensic science is now becoming police-controlled. It’s difficult enough when you’re not working for the police; you’re put under a lot of pressure to report what the police want you to report. If you’re not protected from that, then the more vulnerable forensic scientists are going to report cases wrongly. I’m absolutely convinced this is happening now. You can’t put forensic science solely in police hands. It would be disastrous.

On top of that there is a current investigation into alleged manipulation of evidence by another PFSP, Randox, raising the spectre that thousands of convictions for crimes including murder and rape may be unsafe.

We are on a slippery slope. The CJS is already under attack on several fronts including the decisions by police not to investigate certain crimes, their admission that they do not have the skills to investigate others, that they do not have the money to provide the public service they are expected to provide and their failure to disclose exculpatory evidence in recent rape cases leading to a mass investigation of current untried cases. Of course, if these challenges lead to miscarriages of justice the CPS could not care less. As Claire Lindley, Chief Crown Prosecutor for South London, said: “If any defendant feels they are wrongly convicted they must appeal in the normal way.” The fact that, disproportionately, power over evidence is concentrated in the hands of the police and the CPS means that exculpatory evidence may never surface rendering the “appeal” illusory.

The right course is to restore the status quo ante and re-create the FSS. In the long run that will be far less expensive than the mess we are currently in and the cost of putting it right by any other means.

This article was first published on February 1, 2018

Threat to forensics ‘close to existential’, says regulator
Instability of the forensics was ‘a serious risk’ to…
Forensic science quality on a 'knife-edge'
'Inexcusable' failures in capacity in forensics…
Digital forensic evidence relied upon in court is…