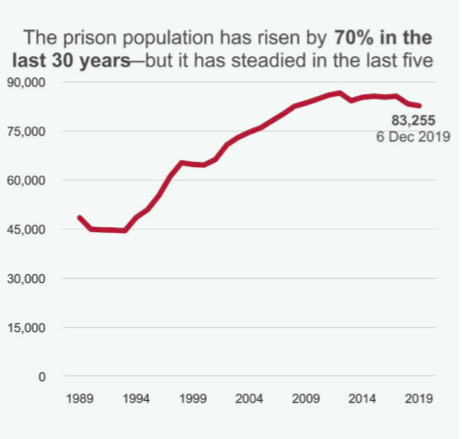 Boris Johnson’s sentencing plans will fail to improve public confidence and simply increase pressure on ‘overcrowded and overstretched’ prisons, according to a report by the Prison Reform Trust.

The new report which is part of the Bromley Briefing series and written by Professor Ben Crewe, Dr Susie Hulley and Dr Serena Wright, reveals a sharp rise in the number of people serving sentences that were ‘until recently considered wholly exceptional in their severity’. 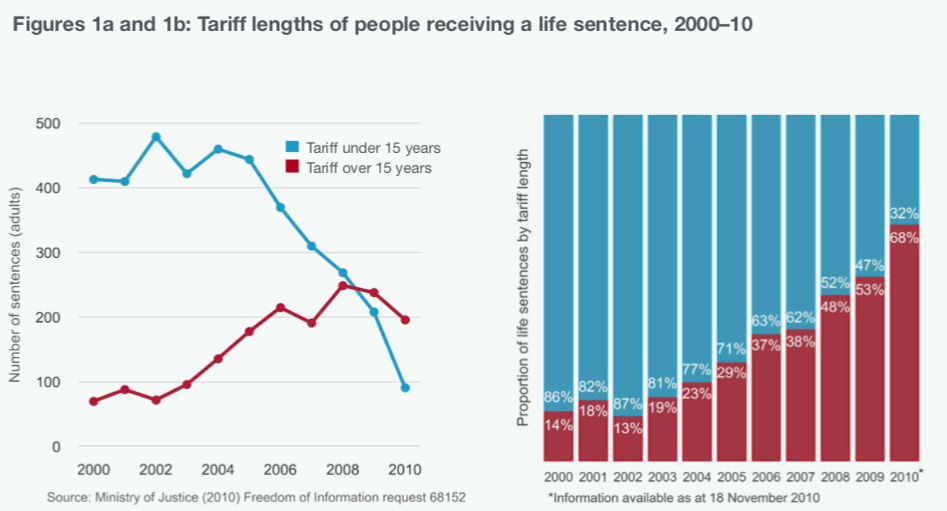 ‘Following almost a decade of deterioration, the government is right to want to restore confidence in our justice system, but so far it is looking in the wrong places,’ said Peter Dawson, director of the Prison Reform Trust. ‘Longer sentences haven’t improved public confidence or safety before, and they won’t now. But they have helped produce a prison system that fails to deliver either safety or rehabilitation. Good soundbites don’t always make good policy – a coherent plan for reform is long overdue.’

The authors argue that the main reason for such exponential growth was changes into  sentencing legislation, particularly the 2003 Criminal Justice Act. They claim there was ‘no clear evidence’ that the rise in tariff lengths had any relationship to the nature of offending itself.

According to the group’s director Peter Dawson: ‘Politicians may well be right that many of their constituents believe that the criminal system has gone “soft on crime”. But the way we exact retribution for the serious sexual and violent crimes that most often grab the headlines is actually much tougher than it has been in living memory.’

For example, the guaranteed minimum period in custody for life sentences has risen from 12.5 years on average in 2003 to 21.3 years in 2016. ‘For the same crimes people are spending much longer in prison as well as longer under supervision after their release,’ the report continues. ‘They also face a much higher likelihood of being recalled to prison after release—around 8,000 people are currently in prison for that reason alone.’

The PRT identifies the increase in sentence lengths and time spent in custody as the reason why the prison population already exceeds the available decent accommodation by 8,000 spaces.

Of course, Boris Johnson has promised 10,000 additional prison places. Dawson notes that 10,000 new prison places were promised back in 2016; however the funding ‘disappeared into bailing out a budget deficit in the Ministry of Justice’.

Overcrowding ‘undermines every aspect of what the public should expect from its prisons’, Dawson writes; creating unsafe prisons ‘lacking in basic decency, but also failing to provide a framework for the rehabilitative work which could reduce crime in the future’.

‘So a new government faces an immediate operational challenge. Rapid and large scale police recruitment will certainly increase the flow of cases brought to trial—and just as certainly deplete the ranks of newly recruited prison officers who decide to swap one uniform for another,’ he continues. ‘Any significant change in sentencing legislation will then cement in a long term increase in the prison population, just as it has done throughout this century despite a prolonged period when crime and the workload of the courts was reducing.’